Looking Back on My Run-in with Censorship in India

Ed. Note: The author has discussed other aspects of the story of her publishing experiences in India in The New York Review of Books (“India: Censorship by the Batra Brigade,” May 8, 2014); Sightings (“Prelude to Censorship: The Toleration of Blasphemy in Ancient India,” May 20, 2015); and a three-page note, “A Response,” in “Roundtable on Outrage, Scholarship, and the Law in India,” a special issue of the Journal of the American Academy of Religion (Vol. 84, No. 2, June 2016). 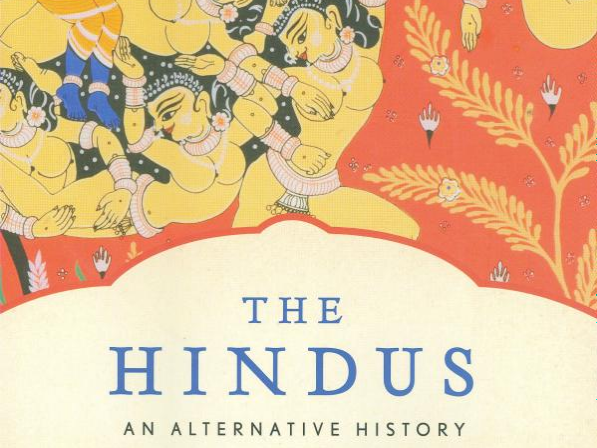 As longtime readers of Sightings will know, in 2009, Penguin Books, in New York, published a book of mine, The Hindus: An Alternative History. In 2010, Penguin India published the book in India, and within months, a man named Dina Nath Batra, a then-eighty-one-year-old school headmaster and member of the right-wing RSS movement, brought the first of a series of civil and criminal actions against me, Penguin Group (USA), and Penguin Books India, arguing that my book violated Article 295A of the Indian Penal Code. This law, which had been passed in 1927, at a time of serious conflicts between Hindus and Muslims, stated:

Whoever, with deliberate and malicious intention of outraging the religious feelings of any class of [citizens of India], [by words, either spoken or written, or by signs or by visible representations or otherwise], insults or attempts to insult the religion or the religious beliefs of that class, shall be punished with imprisonment of either description for a term which may extend to [three years], or with fine, or with both.

The original cases prosecuted under this law generally protested insults against Muslims, sometimes Catholics—that is, defending religious minorities against Hindus. But after Indian Independence, in 1948, it began to be used to defend Hindus.

The suit against my book begins:

SUIT FOR DELETION OF DEFAMATORY, DEROGATORY, INSULTING AND OBJECTIONABLE PASSAGES REFERRING TO FREEDOM FIGHTERS OF INDIAN NATIONAL MOVEMENT AND ALSO TO HINDU GODS AND GODDESSES FROM THE BOOK NAMELY “THE HINDUS: AN ALTERNATIVE HISTORY” [...T]he book is a shallow, distorted false and non-serious presentation of Hinduism which contains highly objectionable passages regarding father of the nation Mahatma Gandhi.

It’s surely significant that the freedom fighters come first, before the gods, a clear sign that nationalism drives this whole business far more than piety.

Penguin India drafted its lawyers to defend the suit, but after four years, on February 10, 2014, they abandoned the case, agreeing to cease publishing the book. This led to two widespread misunderstandings. First, Penguin also agreed to pulp all remaining copies, but—as it turned out—not a single book was destroyed; all extant copies were quickly bought up from the bookstores. And, second, the book was never banned, for it never reached the courts or the Indian government; there was just a lawsuit, and then an out-of-court agreement, between two private parties, the Batra brigade and the publishers. But the words “banned” and “pulped” continued to be used to fan the flames of media indignation.

The announcement that the giant Penguin had crumbled under the assault of a fanatical old man set off an extraordinary wave of angry publicity. Newspapers and blogs accused Penguin of cowardice, especially in contrast with their former bravery, in 1960, in defending Lady Chatterley’s Lover from a similar suit. One counter-lawsuit, by Lawrence Liang, claimed that the publisher had violated freedom of speech laws and readers’ rights and suggested, somewhat tongue-in-cheek, that Penguin change their logo from a penguin to a chicken. Black jokes were made about pulp fiction (never mind that no books had been pulped).

If Batra’s aim was to stop people from reading my books, his plan certainly backfired. The Batra publicity catapulted The Hindus to sales I had never dreamt of; it was ranked ninth on Amazon for a while, a writer’s equivalent of a knighthood or canonization. In addition to the rocketing international sales, The Hindus always remained available in India, at first in pirated PDFs and in copies held in the backrooms of Indian bookstores and sold in brown paper wrappers. It became what Hamlet might have called “a hit, a very pulpable hit.”

Eventually, (Sir) John Makinson, chair of Penguin Random House, graciously arranged for the rights to the publication of The Hindus in India to revert back to me. I gave the rights (back) to Ravi Singh, who had been the publisher and editor-in-chief of Penguin India when they took on my book in 2010. Singh left Penguin India in 2011 and eventually formed a new company, Speaking Tiger, which went on to (re)publish a new edition of The Hindus that continues to sell extremely well.

Ravi Singh is therefore the hero of my story. The chief villain, however, is not Batra but the Indian law 295A, which is not technically a blasphemy law but a catch-all law so vague that it can and does trap within its shifting coils a number of practices, including blasphemy. The media kerfuffle has now shifted, rightly, from the Penguin debacle to the broader problems raised by 295A and its enforcement by fundamentalist citizens and judges backed by Narenda Modi’s saffron BJP government. I was a symptom, not a cause, of what, in the light of hindsight, appears to be just one skirmish in what has become an astonishingly successful war against freedom of speech in India. The BJP, led by Batra, has revised school textbooks to claim that ancient Indians had atomic power and airplanes, erasing references to the caste system and claiming that Hindus rather than Muslims built the Taj Mahal. The textbooks speak positively of cow worship and fuel the growing persecution of Muslims who eat beef.

The attacks are not merely verbal. Violence and vandalism have been, in India, a part of several “protests” against books, authors, and publishers in the past, long before my encounter. Goons wielding lathis (wooden canes) are often a threat to physical safety, and the police have done little, if anything, to protect people from them. Publishers and schools that persist in publishing or using books that have aroused the displeasure of the right-wing moral police have seen their offices ransacked, computers vandalized, staff physically injured.

Bullying certainly played a major role in Penguin’s decision to settle the case. In their one and only official press statement about The Hindus, Penguin argued that “[we] have a moral responsibility to protect our employees against threats and harassment where we can.” You can’t be a hero when you’re gambling with other people’s endangered lives. Several Indian publishers now include in their contracts a clause in which the author must promise to indemnify the publisher if legal action is taken against the volume on some grounds or other (read: “religious sentiments”). Some Indian publishers have rejected books that they think might inspire attacks from the right. Bullies make cowards.

My cautionary tale shows the difference that a single individual like Ravi Singh can make. It shows that it’s worth fighting back. But why should publishers have to be heroes? In his play Life of Galileo (about a man who did stand up for what he believed, against powerful enemies—for a while), Bertolt Brecht said, “Pity the land that needs heroes” (Unglücklich das Land, das Helden nötig hat). I fear that India has become such a land.