“College Professors Aren’t Killing Religion” reads a recent headline, whose claim is qualified by its subhead: “But college degrees certainly aren’t helping.” Daniel Cox “[f]iled under Religion” at FiveThirtyEight (October 10, 2017) to tell us this 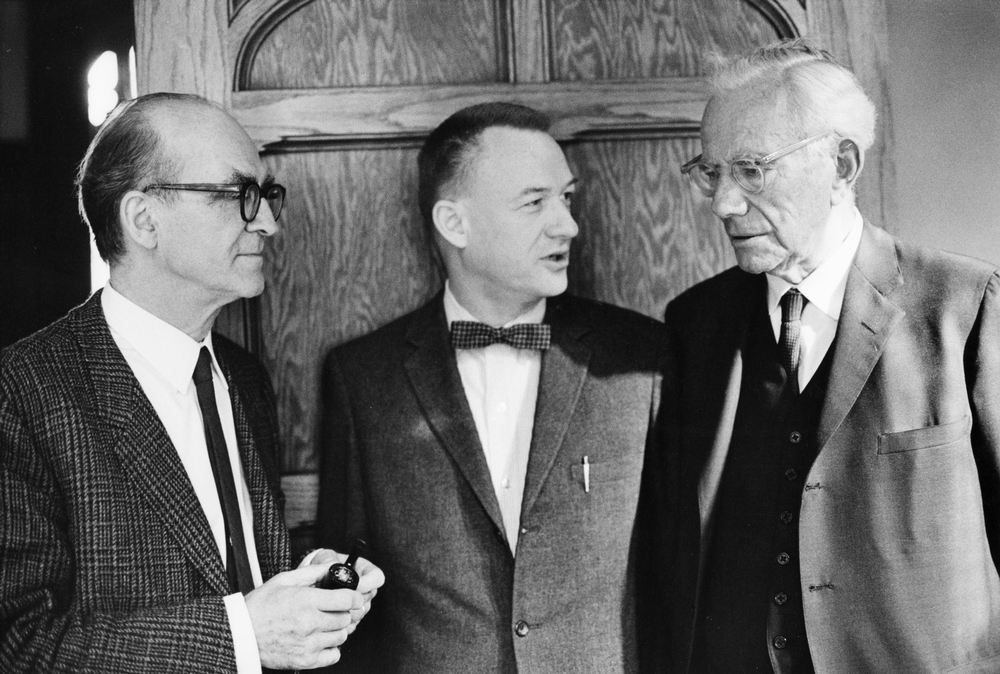 “College Professors Aren’t Killing Religion” reads a recent headline, whose claim is qualified by its subhead: “But college degrees certainly aren’t helping.” Daniel Cox “[f]iled under Religion” at FiveThirtyEight (October 10, 2017) to tell us this. He dealt with attacks by someone named Donald Trump Jr. from a speech at “an Alabama university.” Cox recognizes that many “claim that a college education adversely affects religiosity,” but points out that “[t]hough the U.S. is becoming less religious, college curricula have little or nothing to do with it.” He cites surveys about the decline in American religion and presents evidence that “[m]ost young people who wind up leaving their religious commitments do so before ever stepping foot on campus.” Further, “[r]eligious attendance is also falling precipitously among incoming students” (emphasis mine).

The change comes before any college experiences, as “kids” make these decisions “during their adolescent and teen years.” Cox observes that “only 41 percent of Millennials attended religious services with their family” regularly, “compared with 55 percent of Baby Boomers,” a fact we learn from PRRI data (see “Resources” below). Cox quotes two University of Texas sociologists who agree “that ‘the religious belief systems of most students go largely untouched for the duration of their education,’” and instead “lie dormant, ‘waiting to be awakened’ upon graduation.” Religious values, in other words, neither decrease nor increase because of students’ experience with professors, who so often get blamed by pro-religion people. Instead, religious values get “‘reexamined, refined and incorporated’ with other beliefs.”

Surveys show that “[w]hite evangelical Protestants remain highly distrustful of academics”; Pew “found that only 33 percent of white evangelicals feel warmly toward college professors.” On whom might they look with favor? Lived religion appears in many places, in many contexts, and surveyors and reporters pay attention to these. A good example is featured in an October 13th Chicago Tribune story, one that is typical of the many accounts which give insight into the hold that religion either has lost or is newly acquiring. The story, by Allison Stewart, is headed: “Andy Mineo is Christian and raps—it’s complex.” Musician Mineo discovered rap and then religion. People ask him, “How can you love hip-hop and still honor God?”

Mineo recognizes that hip-hop artists have their religious critics, just like those college professors, in our other headline of the week, do. “Hip-hop culture does have things that are at odds (with religious faith),” he says. Mineo confesses that he is looked upon as weird by many in the hip-hop culture because, for instance, he is faithful to his wife, “and that’s very anti-hip-hop.” Mineo doesn’t call himself a “Christian rapper,” though he is one: “Even Christians don’t like me. Mostly the fundamentalists, but they don’t like anybody.”* Some of us can like him because, among many other things, he is another living manifestation of how wide is the panorama of religious versus non-religious (or quasi-religious) options in America. Counsel: learn about some of these by checking in to the company of experts on religion, including those on college and university faculties. You may be bewildered, but you’ll never be bored. And you’ll find that not all of those professors are out to “kill religion.”

*Ed. Note: For another perspective on hip-hop and/as religion, see Julian “J.Kwest” DeShazier’s “Being Hip-Hop, Being Job, and Being” in Sightings (May 4, 2017).