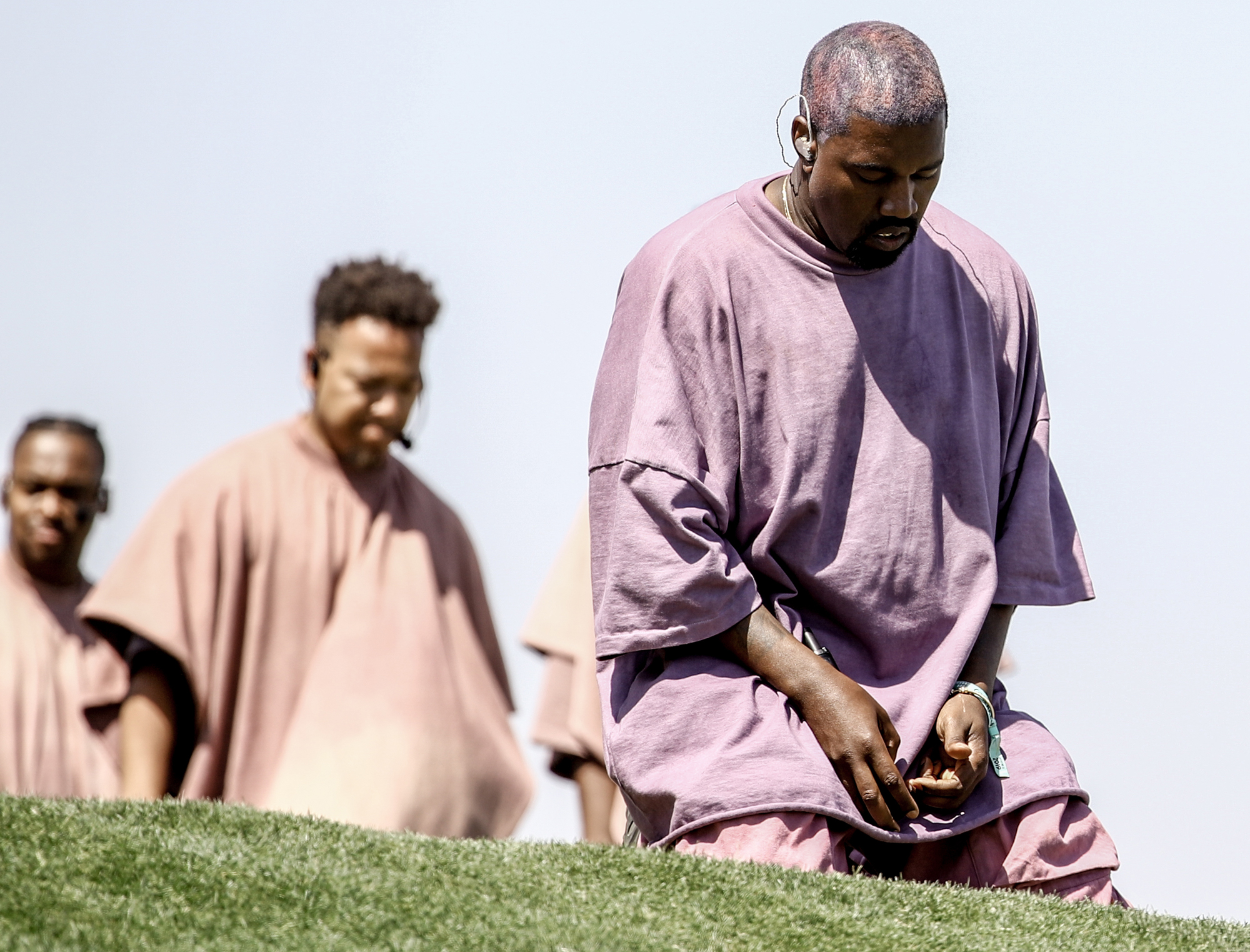 In the name of Jesus, let us pray. Father, please welcome us to the bad times, as well as the good. / May we be heard and understood from the suburbs to the hood.

These words, prayed over the dulcet tones of an electric organ, sound and feel familiar. They conjure images of a church congregation swaying while their pastor prays from the pulpit for understanding, presence, and comfort. These words, though, came from the gruff voice of DMX, atop a hill constructed for Kanye West’s Easter Sunday Service at the Coachella Music Festival, performed in front of an estimated forty to fifty thousand attendees and broadcasted live to many more. This Easter service had a praise band and a merch tent. Prayers written into hip-hop beats carried the celebration of a resurrected Christ.

Kanye’s persona embraces seemingly contradictory political, racial, and religious views, making it hard to pin him on an ideological or theological spectrum. This is exemplified in his public statements decrying the racist media coverage of Hurricane Katrina on national television and also suggesting that slavery was a “choice.” Not afraid to put the sacred and profane in dialogue in his music, his performance at Coachella is a continuation of this dialectic—an embodied and performed confluence of the multiplicity of Kanye West. Jon Caramanica’s review in The New York Times of the Easter Sunday Service recognizes these conflicting characteristics—“sacred” and “profane”—in Kanye and describes how the tension between them was palpable during his Sunday morning “performance” at Coachella.

Paying attention to the ways Kanye altered the lyrics and music of his songs for the Easter Sunday Service highlights this tension and shines a light on the deeply spiritual elements already embedded in his music. After Geneen White sang “I Want Jesus to Walk With Me” over an adaptation of his “Jesus Walks” bass line, Kanye entered not with the braggadocios first verse of “Jesus Walks,” but with the second verse which proclaims the unconditional love of Jesus: “To the hustlers, killers, murderers, drug dealers, even the strippers / (Jesus walks for them!) / To the victims of welfare feel we livin’ in Hell here, hell yeah / (Jesus walks for them!).” In the performance of “Father Stretch My Hands,” the choir sang the triumphant intro, “You’re the only power… Beautiful morning, you’re the sun in my morning babe, nothing unwanted / I just want to feel liberated,” but passed over the raunchy verses of the song and instead transitioned into the outro of “Power.” In past Sunday Services the choir sang a lyrically-modified outro of “Power”—“This was such a beautiful death / Letting everything go”—before transitioning into Hezekiah Walker’s “Lift Him Up,” but on Easter morning there was no mention of death before He was lifted up. Kanye’s public persona, his hip-hop genius, and his genuine if unorthodox religiosity fused in public ritual performance and holy remixes.

Kanye’s latest play on the intimate connection between hip-hop and the religious—particularly as an embodied experience and a cultural phenomenon—stands within the genre’s long tradition of recreation. But we should also place it within a longer tradition of American Christian spirituality. The reimagined remixes of Stevie Wonder, The Clark Sisters, Shirley Caesar, Kanye West, and traditional spirituals that were performed atop the hill at Coachella draw to mind testimonies of the enthusiasm and generativity of religious revivals in eighteenth- and nineteenth-century America. Experimental and experiential in nature, this hilltop performance generated eclectic energy—reverent, reflective, excited, both simple and grandiose. A revival of the gospel underpinnings of much of Kanye’s music, this “concert” and “worship service” publicly captured a zeitgeist of reimagined religious ritual and experience navigating religion, culture, and capital and put it on display through the expressive form of hip-hop.

To call Kanye’s Sunday Services “worship”—with the divisive Kanye as both architect and frontman—is (not surprisingly) contentious. Some commentators and reviewers have fully embraced Kanye as pastor to “sinner-saints,” while others hesitate to call the mixture of the marketplace, performance, and spiritual motifs “church.” In Kanye’s Sunday Services, the categories of the sacred and profane, the human and divine, and the spiritual and cultural are mixed up and held together. Just as the lyrical omissions and gospel infusions in the performance at the Sunday Service change the meaning and felt experience of Kanye’s music, to separate any aspect of this Easter Sunday Service from the categories of human experience, to separate it from its complicated messiness, is to misunderstand the collective experience of these purported “healing services.” DMX’s prayer to be “heard and understood,” paints the performance and the worship as an earnest attempt at religious expression which uses the whole of human expression and experience as the vehicle for conveying meaning. For “sinner-saints” searching for a spiritual experience, the performed-yet-authentic nature of Kanye’s Sunday Services fosters a communal experience that holds the possibility if not promise of transformation. Kanye is not only reviving but reshaping public conceptions of the religious.

Kanye’s Sunday Services, though drawing on popular spiritual motifs and the Christian tradition, also challenge and complicate conceptions of religious expression, worship, and “church.” Coachella is a gigantic music festival, Kanye’s “Church Clothes” were being sold for upwards of $250, and there is no doubt that an Easter morning Sunday Service is fantastic marketing to hype his soon-to-be-released album, “Yahndi.” Can “church” be done in such a public setting, influenced by market interests and reliant on economic privilege? Is “Father Stretch My Hands” worshipful when its lyrical profanity is stripped away, or do remixes of old hits not do the work needed for authentic religious experience?

Given that it took place on Easter morning, it is appropriate that Kanye’s “performance” employed both the profane and the sacred as its means of expression. After all, the resurrection narrative it celebrated testifies to the messiness of the sacred’s relationship to the profane. The scandal of the Easter message is that Jesus was passionately human—he died—but no less divine—he rose. On Easter morning, atop a hill at Coachella Music Festival, a revival clothed in all the complexities of human existence and its messiness offered prayers and praise to a savior who understands. 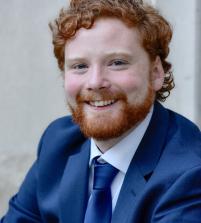 Author, Jack Veatch, is a third-year M.Div. student at the Divinity School and a Disciples Divinity House Scholar. After graduation this June, he will start a program in Ecumenical Studies at the Ecumenical Institute of Bossey.

See All Articles by Jack Veatch