Jihad Against Capitalism: FNKSDA and the Islamic Eco-socialist Movement in Indonesia

A group of environmental activists in Indonesia see Islamic values as necessitating a struggle for socialism.

This May, Muslim environmental activists from across Indonesia gathered in East Java for the third national congress of the Islamic eco-socialist organization FNKSDA (Front Nahdliyin untuk Kedaulatan Sumber Daya Alam, or Islamic Front for Popular Resource Sovereignty). Delegations from the group’s sixteen regional branches convened to consult about strategies for local organizing and advocacy campaigns around resisting environmental injustices caused by what they identify as “capitalist expansion.”

FNKSDA’s ideological orientation often prompts questions about what it means to be both Muslim and socialist. The group builds upon and contributes to a century-old tradition of Left-Islamic thought in Indonesia, but this blended genealogy still garners widespread hesitance and criticism, especially from those who see Islam and the Left as two fundamentally incompatible traditions. This friction is colored in no small way by the legacy of Indonesia’s anti-communist mass killings of 1965–66 and its three subsequent decades under a US-backed dictatorship.

But for FNKSDA activists, anti-capitalist organizing is taken as a necessary effort to forward Islamic values and protect the religious way of life they see as threatened by the violence and destruction wrought by ongoing capitalist expansion. In this context, socialist activism becomes pious Islamic practice.

Extractive Capitalism as an Islamic Issue

FNKSDA’s recent national congress was hosted at an Islamic boarding school in Puger, a fishing town on the south coast of East Java and a recent site of the group’s advocacy. The area’s large limestone deposits have brought semi-legal mining, cement factories, pollution, and recurring conflicts between these corporations and the local community. In Puger and elsewhere, FNKSDA has been active in supporting local struggles against environmental destruction at the hands of capitalist extraction, production, and development.

Most regional FNKSDA branches are involved in at least one similar struggle within their region. Branches in Central Java have been active recently in an especially high profile case in the village of Wadas. There, police have been terrorizing villagers in an effort to forcibly evict them, making way for a quarry planned to source the stone needed to construct a nearby dam. The villagers’ resistance, supported by FNKSDA and other advocacy groups, has gathered national media attention and a large-scale social media campaign (#WadasMelawan) declaring solidarity with the villagers.

For FNKSDA activists, the environmental destruction wrought by these projects and industries goes hand-in-hand with processes of capital accumulation and proletarianization. In Wadas, villagers to be evicted from their ancestral lands are offered financial compensation to purchase a new residence outside the project site alongside the promise of employment at the quarry—pushing them into what Karl Marx calls the “reserve army of labor.”

FNKSDA activists also stress the spiritual loss inherent in this process of turning self-sustaining farmers into potential industrial wage laborers, as Islamic practices intimately tied to their land and agricultural livelihoods come to disappear abruptly. For example, the annual Nyadran ceremony practiced in many central Javanese villages before the month of Ramadan generally involves maintenance of the graves of ancestral village founders and giving thanks for the fruits of the year’s harvests (or in coastal areas, the fishing haul). The event is also often referred to as “tithing the earth” (sedekah bumi). When farms and forests are destroyed to be turned into quarries, activists stress that these traditions will soon follow.

Islamic Eco-socialism from Below

FNKSDA was formed in 2013 by Muslim environmental activists disappointed by the permissive stance on extractive and pollutive industries exhibited by mainstream Islamic groups, specifically Nahdlatul Ulama (NU), the nation’s largest Islamic organization. The founders of FNKSDA, although affiliated with NU, express dismay at its leadership’s failure to advocate on behalf of its constituents, composed largely of the rural communities most affected by the growth of destructive industries. NU elites have instead largely toed the line of President Joko Widodo, who has made infrastructure development projects (and their concomitant extractive industries) a central agenda of his presidency.

For FNKSDA, the contemporary struggle against capitalism and environmental destruction fits squarely within Indonesia’s Islamic tradition of political action. Soon after the group’s founding in 2013, it issued a statement titled “Jihad Resolution II” calling for Muslims and the NU leadership to join the struggle against “extractive capitalism.” Through this statement, FNKSDA takes up the mantle of Islamic revolutionary struggle pioneered by NU’s founder, Hasyim Asy’ari, who in 1945 issued a fatwa known as the “Jihad Resolution,” calling for popular armed struggle to preserve the fledgling Indonesian republic in the face of Dutch colonial aggression.

Capitalism, in FNKSDA’s narrative, now poses a similarly large-scale threat to the Indonesian people and warrants a similarly comprehensive and militant line of resistance.

“Both Socialist Islam and Islamic Socialism”

In attendance at the congress was Muhammad Al-Fayyadl, one of the intellectual and spiritual leaders of the movement and a leading theorist of Marxism and Islam. In comments delivered during a discussion on the movement’s ideological orientation, he insisted that the struggle for socialism and environmental protection could not be separated from the core values of Islam. Drawing on the Qur’anic injunction to struggle in the cause of the oppressed (Ar. mustaḍꜤafūn), Fayyadl insisted that the movement must be built on “both Socialist Islam and Islamic Socialism.”

This confluence of anti-capitalist struggle and Islamic tradition is evident in the educational programs carried out by FNKSDA’s regional branches. Called “Agrarian Madrasas” (Pesantren Agraria), potential cadres read works of critical political economy, studies on contemporary ecological crises in Indonesia, and Left-Islamic literature like the works of Fayyadl.

This engagement with both the Islamic and socialist intellectual traditions characterizes FNKSDA’s unique approach. If Islamic values underline their normative relationship toward the environment, the critical study of capitalism is taken as the primary intellectual tool for diagnosing and responding to its current large-scale destruction and determining avenues of resistance. As Fayyadl frames it, putting these two intellectual traditions in conversation illuminates the contradictions between “what should be” (Islamic ideals) and “what is” (contemporary global capitalism), and opens up practical avenues to pursue a resolution between the two.

Since these Islamic ideals governing “relations with the earth” currently face an existential threat posed by capitalist expansion, then for these activists, any hope for their long-term realization requires steadfast commitment to anti-capitalist struggle.

A Push for Gender Justice within the Movement: Towards a Feminist Islamic Eco-Socialism

A major focus of the recent conference was the importance of paying attention to the gendered dynamics in the fight against environmental destruction. Not only are women disparately affected by climate change and land conflicts, but they have also proved to be especially powerful actors when contesting them.

In the recent conflict in Wadas, a coalition of local women called Wadon Wadas (or “Wadas Women”) has been on the front lines of resistance against the state’s aggression. Morally positioned as mothers and guardians of future generations, this group has played a major role in garnering national support for the villagers’ resistance.

Similarly, during the construction of a cement factory that threatened the groundwater of the Kendeng Mountains in Central Java, a group of female farmers-turned-activists repeatedly protested in front of the presidential palace with their feet encased in cement—a stunt that proved crucial in getting the Supreme Court to review (and eventually reject) the factory’s permit.

The May conference culminated in the election of FNKSDA’s first female national coordinator, Ayu Rikza. In a statement issued following her election, Rikza emphasized the importance of women cadres within the group’s larger mission:

“I see progress as defined in a broad way as including all activities—whether productive or reproductive, whether domestic or public, whether spiritual or physical—that are correlated with, both directly and indirectly, the anti-capitalist struggle.”

As for her vision for the organization’s future, she expressed hope that FNKSDA would “stay committed to the path of liberation for the oppressed (mustad’afin) from capitalism and all corrupt systems.”

While FNKSDA’s vision remains marginal within mainstream discourse, the group remains confident that in the face of global capitalism, the only way to uphold Islamic values is through eco-socialist struggle. For them, the stakes are clear: Islamic eco-socialism or ecological catastrophe. 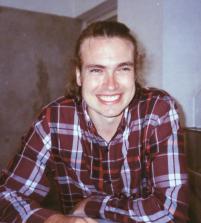 Sawyer Martin French is a PhD student at the University of Chicago Divinity School. His research explores traditions of left-Islamic thought and action in Indonesia. Sawyer also helps manage The Suryakanta, which publishes Indonesian-language reviews of English and other foreign-language academic books in the social sciences and humanities.