Jews and Judaism, Religion and Identity

In the wake of a growing number of acts of anti-Semitism across America and around the world in recent years (see the details measured by the Anti-Defamation League), on December 11, 2019, President Trump signed an executive order to consider acts of anti-Semitism under the purview of Title VI of the Civil Rights Act of 1964, which prohibits discrimination on the basis of “race, color, or national origin.” The rationale offered (Section §1) is that while Judaism is a religion, any individual Jew may be of a race, color, or national origin protected under Title VI, and acts of anti-Semitism cannot be assumed a priori to be attacks against religious affiliation rather than the target’s race, color, or national origin. Indeed, in any region of the globe one may find people who identify and are identified as Jewish but are not visually, physically distinguishable from their non-Jewish neighbors; and in Israel today, Jews have a world-wide range of physical appearances.

However, a survey by the Pew Research Center published on October 1, 2013 (“A Portrait of Jewish Americans”), and analyses drawing on it published on August 26, 2015 (“A Portrait of American Orthodox Jews”), and on March 8, 2016 (“Israel’s Religiously Divided Society,” ch. 1), show that a large majority of American Jews including the most conservative (“Orthodox”) do not consider religious belief or practice to be the decisive criterion for determining whether one is or is not a Jew, and a sizable minority of people who identify as Jewish do not believe in God (if that is a criterion of a religious identity) or do not practice (in whatever way that is construed). At an annual carnival in Aalst, Belgium, March 3–5, 2019, a float caricaturing Jews gave them distinct physical features (a large “hooked” nose) as if Jews belong to a specific genetic or genealogical group, and on March 6, 2019, UNESCO published a communiqué condemning the float as “racist.”

The executive order, then, whatever be its political motivation and legal precision, is a sighting of religion in the public sphere—a sighting of the highest profile and one eminently up for discussion.

This sharp divide in defining the essence of Jewish belonging, of being a Jew, between religion and nation has a past. Prof. Leora Batnitsky argues that the split itself is a historically contingent one; in her view, it arose in the late eighteenth century as new ideas of empire and state gave Jews both an opportunity and a challenge of full participation in a supra-religious collective identity but at the cost of cultural homogeny and historical amnesia. The definition of Judaism and Jewish identity as solely religious was articulated by Moses Mendelssohn in 1783, in an ambitious argument that Jews are fully committed members of the polities in which they live and should be accorded full rights as such. Other Jews, in the Hassidic, Mussar, and Zionist movements, championed a cultural-national heritage that entailed remaining a demarcated people locally or expressing itself in commensurate political terms of self-determination, through Jewish statehood. Non-Jewish politicians and thinkers of the period engaged in the same debate.

But the opposition goes back further in time. In the Hellenistic and Roman periods, early references to Jewish communities outside Judea consider them an “ethnos,” people whose ancestors lived in the polity and territory of Judea; at some point, writers in Greek began to ascribe them a different kind of identity, one based on ideas and practices—what one could call religion or culture. In a digital forum published by Marginalia (August 26, 2014), scholars debated when this shift occurred and why—what the historical prompts and constraints were. In the centuries contested, were Jews defined as an ethnic affiliation or a religious one?

The confusion over Jewish identity goes back even further. In the fifth century BCE, a small Jewish garrison-community lived on the island of Elephantine around 600 miles south up the Nile; a trove of letters and settlement ruins paint a complex picture of their identity. Their social practices are not identifiably or distinctly Jewish; hints of some religious practices might be, while others suggest that the people participated in additional religious cultures. They are a community over a century old attacked in recent times by their neighbors, which culminates in their place of worship being destroyed; and, invoking religious values, they seek support from authorities in Judea and Samaria as well as from the Persian governor to rebuild.

The persistence of confusion about Jewish identity signals rather strongly that the categories of race, nation, ethnos, culture, and religion—and the ways we deploy them—are themselves confused. In 1969, Frederik Barth analyzed ethnicity as a social, communicative practice, not an essential characteristic; since then sociologists, anthropologists, historians, and cultural critics have developed a more multifaceted and dynamic view of collective identity. Race, ethnicity, and nationality are not biologically grounded or otherwise inherent; they are culturally constructed. People may claim an identity for any of many reasons and they may express it in varied and varying ways; they hold several identities at once and can express any of them according to the situation.

Religion figures in this identity-making feature of human living. While religion is a general human phenomenon entailing attitudes and actions, a religion is a set of ideas and practices—most often a polythetic set—so that belonging to a religion is a commitment to a particular collective identity. What is denoted by Jew, Jewish, and even Judaism will remain contested, as will so many other identities, but the dominant essentializing categories must be reconsidered. The state must have categories for the government to carry out its duties effectively, in both distributing and prioritizing. As America aims to fulfill its commitment of equal rights and equal opportunities for all its citizens, its laws and other practices around identity will have to be more supple.  ♦

Gard Granerød, Dimensions of Yahwism in the Persian Period: Studies in the Religion and Society of the Judaean Community at Elephantine. Berlin and Boston: Walter de Gruyter, 2016.

“Jew and Judean: A Forum on Politics and Historiography in the Translation of Ancient Texts.” Marginalia Review of Books, August 26, 2014. 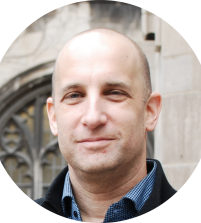 Author, Simeon Chavel, is Associate Professor of Hebrew Bible at the University of Chicago Divinity School. He researches religion in ancient Israel and Judea, the literature of the Hebrew Bible, and the relationship between them.

See All Articles by Simeon Chavel