Editor's note: We will&nbsp;be off this Thursday for the University's spring interim 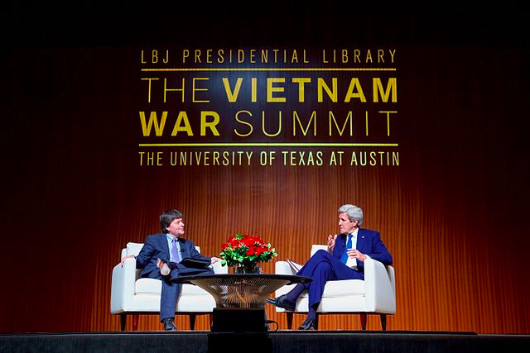 Editor's note: We will be off this Thursday for the University's spring interim. See you next week!

In and after the present chaos, should our republic survive as a republic, wounded but responsible citizens will need to assess what they lost and what they might recover. So many humane causes will beckon for attention. The arts and humanities may have a lower priority when it comes to the Union’s constitutional commitment to promoting the general welfare—relative to higher priorities like care for the aged, the ill, the poor, the displaced—but they deserve a glance in this time of crisis. In the proposed national budget they would be demolished. Sightings, however, has stayed alert to them. We know more about them and their place than we do about many other causes.

While “National Endowments” for the support of these might disappear, one hopes that concern for them now will help set priorities for “then.” Endowment funds are peanuts compared to budget line items like bombers, etc., but they could mean all the difference between a robust and creative cultural and intellectual scene and the alternative. It is time, if not to shout out or speak up, then at least to whisper.

My own whisper today will not be my own words, but a quotation of others. We may know what the “arts” are, but it is more difficult to define the humanities. Let me quote from the first page of The Humanities in American Life, an aging 1980 (AD or CE, that is) report from the Commission on the Humanities, of which I was 1/32nd part, though I was not responsible for writing what follows. Knowing how hard it is to define the humanities, the Commission began by pointing them out. Thus I quote:

…the humanities mirror our own image and our image of the world. Through the humanities we reflect on the fundamental question: what does it mean to be human? The humanities offer clues but never a complete answer. They reveal how people have tried to make moral, spiritual, and intellectual sense of a world in which irrationality, despair, loneliness, and death are as conspicuous as birth, friendship, hope, and reason. We learn how individuals or societies define the moral life and try to attain it, attempt to reconcile freedom and the responsibilities of citizenship, and express themselves artistically. The humanities do not necessarily mean humaneness, nor do they always inspire the individual with what Cicero called “incentives to noble action.” But by awakening a sense of what it might be like to be someone else or to live in another time or culture, they tell us about ourselves, stretch our imagination, and enrich our experience. They increase our distinctively human potential.

Not all people who are devoted to the humanities and/or live off their yield are veteran activists. But they might relearn some “incentives to noble action,” and strive to quicken those who are in power while the current budget and tax proposals are still only that—proposals. Such citizens can revisit in the humanities what the Commission noted are not always conspicuous, but nonetheless present: “hope and reason.”

Image: Secretary of State John Kerry speaks with historian and filmmaker Ken Burns, whose 10-part, 18-hour documentary series The Vietnam War—which will air on PBS this September—was funded in part by a grant from the National Endowment for the Humanities | Photo Credit: U.S. Department of State