The same mastery of nature (human and nonhuman) that has made civilization possible now imperils us.

All attempts to change the world assume – consciously or unconsciously – some notion of how the world works. Any attempt to bend the arc of history requires strategic choices about where and how to push. It is not enough to grasp what the world should be like; we have to know why it isn’t already that way, what is required to change it, and the likelihood of success. We have to be right about the factors that make possible and resist the achievement of our ideals if we are to approximate them. Even if our ideals and values are pristine, mistaken assumptions about the drivers of human behavior and human history can lead to actions that are ineffective or even counterproductive.

Environmentalism is no exception. It is not enough to know what we should value in nature and why, or to know what a flourishing biosphere looks like. We need to understand why and how the world is not now as it should be. If we guess wrong, we can spend our time and energy on unhelpful forms of activism, exacerbate problems we aim to solve, and generally fail to grasp the depth and profundity of our situation.

My assignment for this column was to write on the fires that ravaged the Brazilian Amazon [see editors’ note below]. What jumped out at me as I began my research, however, was the rapid increase in the rate of deforestation occurring in neighboring Colombia. The main catalyst of this increase was the ending of hostilities between the government and the Revolutionary Armed Forces of Colombia (FARC) in 2016. The demilitarization of FARC opened new territory for logging and mining and the rate of deforestation in the Colombian Amazon has tripled since the ceasefire. The achievement of the human good of peace has proven to be an evil for the landscape in which it occurred. This surprised me and led me to reflect on the connections between human and environmental goods.

My research is in Christian environmental ethics, a field with longstanding assumptions about what drives our environmental behavior. The field has long been preoccupied with articulating appropriate theological images (we are stewards of creation, the Earth is God’s body, and so on) in order to generate salutary non-anthropocentric values, improve our treatment of nature, and save the world. If we could just get the theology right and fix our beliefs, liturgy, and praxis, so the thinking goes, we could begin to reverse the tide of environmental destruction. Implicit in this approach is the belief that the arc of history proceeds down tracks laid out by religion, in particular by religious ideas.

Over the years, the field has shifted away from a narrow focus on our ideas about nature itself and toward the way our imagination, valuation, and treatment of nature intersect with and reproduce the way we imagine, value, and treat people. Our orientations toward nature and toward human beings are now often understood as entailing one another: racism, patriarchy, colonialism, and war are bound up with environmental exploitation and these problems can only be addressed together.

The effort to make moral and religious sense of our environmental situation and to connect it to human goods and evils has been, to my mind, one of the most fecund and important sites of creativity in religious ethics over the last several decades. It has been very helpful to see how social, economic, and environmental problems intersect in ways that exacerbate one another. That said, I have two worries about the increasing focus on the intersection between human justice and environmental sustainability.

My first worry is that its focus on modes of thinking (patriarchy, racism, anthropocentrism) can miss the most significant factor that gives the arc of environmental history its shape: the powers and propensities of human beings. Yes, how we think and what we value are important, but the more we learn about the deep history of human life on earth, the harder it becomes to deny our perennial and relentless tendency to disrupt and degrade the ecosystems in which we live, whatever our systems of thought and value. When we zoom out from the last few centuries and look to the last 70,000 years of human history, it becomes less and less plausible to appeal to problems in religion and values to explain the swath of destruction we have carved across the globe. Human beings have been, in the words of Yuval Harari, “ecological serial killers” for tens of thousands of years, across various continents, cultures, and religions.

In fact, all that seems necessary to account for most of our environmental history are two facts: 1) humans are driven to secure our goods in a hostile and indifferent world, and 2) humans have increased relentlessly our material power to render that world hospitable and amenable to our wants and needs. If we grant that we are driven to pursue goods like food, family, friends, shelter, security, self-expression, creativity, and so on—in short, to sustain, enrich, and give meaning to our lives—and that we have the power to overcome barriers to these pursuits, little else is needed to explain the stunning expansion of the human project at the expense of other creatures.

Since much of our impact on nature emerges from the successful pursuit of real human goods, it follows that our impact results not just from what we do wrong (greed, misogyny, imperialism, etc.), but from what we do right. As we have solved obstacles to our growth, we have exerted more and more pressure on our ecological life-support system. The irony is that it is the same mastery of nature (human and nonhuman) that has made civilization possible that now imperils us. We will fail to grasp this irony and the depth and intractability of environmental problems if we assume that environmentally significant actions are mere products of our religious ideas and values, which can be changed at need to address the current crisis.

The irony of environmental history is the basis of my second worry about religious environmental ethics: the field’s turn to intersectionality can lead us to fail to anticipate the sources of new problems. If our environmental problems are of a piece with human problems, then addressing those human problems should help the environment. However, while human problems like poverty cause environmental disruptions, so do successes like economic development. War disrupts nature, but so does peace. Moral evils can exacerbate natural evils, but moral goods can as well. Our successes in reducing predation, food scarcity, disease, and violence represent undeniable human goods, but they have turned a species that was once just one land ape among others living in southeast Africa into the most dominant and disruptive species on earth. Too strong an emphasis on the intersection of different types of evil may lead us to miss the reality that human goods can drive environmental disruption, perhaps as much or more than human evils. In the Amazon, we see deforestation driven by both.

To reiterate, I recognize that human and natural goods and evils do intersect. The extraction of resources and the disposal of waste are significant modes by which economic and racial injustice are structured. Poor and minority communities benefit least and suffer most from society’s disruptions of nature. Addressing environmental problems can therefore be a crucial step toward achieving justice in human communities. Reflection on the intersection of different types of evil is critical to realistic analysis. I am not denying the importance of such thinking.

I mean only to raise the possibility that, if we assume too great a coincidence between human and natural evils, it may at times lead to the mistakes laid out above. We can miss the fact that environmental destruction emerges from human goods as well as evils. Yes, the human good is imperiled by the destruction of nature, but the current scale of such destruction is possible only because of the great success of the human project at the expense of nature. There is no guarantee that solving problems of justice within human societies will result in environmental goods; we are only capable of destroying nature because of the extent to which we have solved the problems of human cooperation at a grand scale. Whether we can learn to cooperate and pursue justice in a way that sustains natural goods remains an open question. We have no assurance that achieving cooperation and justice will result in environmental sustainability on its own. Ensuring that it does is the most important challenge of our time.

Editors’ note: This piece was originally published on September 12, 2019. We are reprinting it now because it was mysteriously deleted and because its arguments remain relevant to the ongoing environmental crisis. 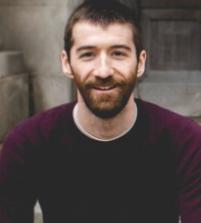 David Barr is Visiting Professor of Religion at Berry College.

See All Articles by David Barr