Historical Justice in an Era of #MeToo: Legacies of John Howard Yoder

Editor's Note: On October 18, Stanley Hauerwas published a theologically framed column responding to historian Rachel Waltner Goossen's 2015 Mennonite Quarterly Review article "'Defanging the Beast'" (see Resources below). Professor Goossen's scholarship documented and analyzed the failures of academics and church colleagues to confront the sexual abuse of women by Mennonite theologian and ethicist John Howard Yoder (December 29, 1927 - December 30, 1997). Sightings invited Professor Goossen to write a response to Hauerwas, in light of both the upcoming twentieth anniversary of Yoder's death and ninetieth anniversary of his birth, and the continuing wave of sexual abuse stories in the news. 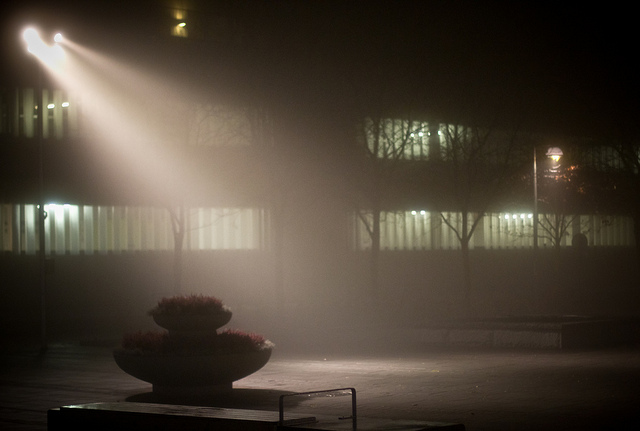 The surge of reporting about sexual harassment in politics, media, and entertainment is both liberating and harrowing for those who identify as “me too” victims and survivors. Spotlights that had focused on abusive priests, professors, theologians, and religious institutions’ cover-ups—the stuff of the John Howard Yoder saga—are now shining brightly. And they’re reaching into more corners, as new voices challenge male prerogative, power, and humiliating behaviors in corporate life, journalism, and other workaday settings.

All this focus on sexual harassment and assault is jolting. It’s also illuminating.

In the midst of this, Stanley Hauerwas’s recent explanation of his efforts more than two decades ago to urge restoration of Yoder’s reputation is strangely discordant. Hauerwas’s handwringing is confessional: “I was too anxious to have John resume his place as one of the crucial theologians of our time. I thought I knew what was going on, but … in truth, I probably did not want to know what was going on.”

Some of Yoder’s colleagues, including a few Mennonites, were sufficiently disturbed in the early 1990s by reports of his sexual aggressions that they ceased referencing his writings. Yet even now Hauerwas commends these works as canonical in Christian nonviolence and ethics, advising that we not let what Yoder “taught us” and “how we think theologically to be lost.”

Such misplaced focus—on Yoder’s intellect and renown—is precisely the kind of dynamic that contributed to making this abuse so horrific. After grooming, targeting, and sexually exploiting an estimated 100 or more women, Yoder was largely unrepentant. His flagrancy was amplified by his theologizing about it, perpetrating sexual violence while preaching nonviolence.

The most significant tragedy is that Yoder harmed scores of women, as people of all genders and ages have suffered under similar figures. Institutionally enshrined power let these figures get away with it. Even as Yoder’s church sought to bring him to accountability, no denominational representative was appointed consistently to support victims, though substantial time and energy were focused on Yoder.

As a result, fewer women became Mennonite theologians or pursued ministerial positions. Hauerwas’s focus on salvaging Yoder’s theology is blind to the theological possibilities never brought to fruition by aspiring women who were driven away from seminary or other church leadership paths. Victim-blaming, coupled with deference to Yoder’s privilege and power, contributed to the silencing of those already marginalized in a faith tradition dominated by male leaders.

After the publication in 2015 of my article “‘Defanging the Beast,’” which described Mennonite and Catholic institutional failures to stop Yoder’s theological “experiment,” a friend wrote to me about her traumatic experiences as a young adult volunteer in a Catholic diocese: “Many people may feel these are ‘dead’ stories as those involved can no longer be brought to justice; however, I believe in historical justice as well as criminal justice.” She added: “I am literally shaking inside as I type this.”

What might “historical justice” mean for survivors of sexual abuse?

In the past two years, among the outpouring of letters and notes I received in response to my article, less than a half-dozen were congruent with Hauerwas’s concerns. Many people who wrote were survivors of sexual abuse, or their loved ones. For nearly all of these writers, the Yoder chronicle was disconcertingly familiar because of sexual abuse perpetrated by other credentialed clergy and academic mentors: Anglican, Evangelical Covenant, Mennonite, Catholic, in the 1980s, ‘90s, and into the twenty-first century. Details varied: some victims were seminarians who had trusted a gifted professor, others were children targeted by pedophiles in church settings.

Of course, these letters aren’t about Yoder. But they are all the more relevant for their #MeToo sensibility. The writers correctly identified Yoder’s legacy of abuse as symptomatic of a much larger problem in churches, the academy, and beyond. One correspondent, whose childhood friends were groomed and harmed by a pastor, decried church bodies’ lack of transparency: “Information simply isn’t known, has been lost, covered up, and so on. What I wanted to know is: how did this happen? Detailed knowledge of the evil processes, the ‘how,’ will help us see its red flags in the future. Blaming the bad individual, and then moving on as if all other hands are clean and it will surely never happen again, is totally unhelpful.”

Twenty years after Yoder’s death, resistance and healing are part of his tragic legacy. An elderly letter-writer, acknowledging his own theological conservatism, recounted sexual abuse experienced by his young-adult daughters in a tight-knit Old Order Mennonite community, adding: “There are much more important issues than JHY and what drove him. The larger issue has to be with power and accountability, in particular with ordained male leaders.”

We can practice historical justice. Creating awareness and safety for all in faith-based institutions, and chipping away at patriarchal structures, are everyone’s responsibility. Meanwhile, the musings of Hauerwas “trying to make sense” of his colleague’s theological scheming, when laid side-by-side with this collection of victims’ and families’ remembrances and resolve, seem largely irrelevant.

- Chilton, Amy L. “My Rise, Their Fall: A Theologian’s Burden in Response to the Reality of Sexual Abuse.” Baptist News Global. October 27, 2017.