Last Saturday, world leaders from 196 nations who had gathered in Paris adopted a historic agreement about climate change&nbsp; Millions of religious people and their secular partners around the world have worked for years to make this agreement possible.&nbsp; &nbsp; While religious people care about climate change for a host of reasons, many consider it to be the most significant social justice issue that human civilization has faced.&nbsp; &nbsp; People are already feeling the effects of climate change

Last Saturday, world leaders from 196 nations who had gathered in Paris adopted a historic agreement about climate change

Millions of religious people and their secular partners around the world have worked for years to make this agreement possible.

While religious people care about climate change for a host of reasons, many consider it to be the most significant social justice issue that human civilization has faced.

People are already feeling the effects of climate change. More extreme weather events around the globe disrupt agriculture, damage homes and kill people. The government of Kiribati, a South Pacific nation, has preemptively bought land in Fiji (from the Church of England) so that its population can emigrate to escape rising seas.

Climate change will have the largest impact on people who lack the resources to sufficiently respond. Additionally, those experiencing the worst of climate change generally contributed least to the problem. Thus, climate change is an issue of justice.

Religious people have worked for decades to convince their fellow believers that climate change is important using sermons, prayers, rituals, and educational materials.

In Paris, members of religious NGOs, and religious people motivated by their consciences but acting in secular leadership roles have played an active role in the climate discussions. The Global Catholic Climate Movement, the ACT Alliance, Religions for Peace, and Our Voices combined efforts to present a petition for climate justice with 1,833,973 signatures to Christiana Figueres, the top climate official at the UN, who was “visibly moved.”

Demonstrations were limited due to heightened French security but ecumenical prayer services at Notre Dame, a “Fast for Climate,” and, of course, advocacy work continued. Religious NGOs and their secular partners did incredible work online to educate people about the talks and help them maintain pressure on climate negotiators.

What did the Paris talks achieve?

The agreement also provides for financial and technological assistance to developing nations to deal with climate change. The Green Climate Fund, a mechanism set up before the Paris talks, is a prime method of funding to aid those who need it most; Secretary of State John Kerry pledged in Paris to double US contributions.

How did people respond?

Paul Cook, Advocacy Director of Tearfund, an international Christian group focused on poverty alleviation, responded as religious people with insight into the negotiations did:

We welcome the agreement brokered at these crucial climate talks. This is a good step forward, but let’s not be complacent. This doesn’t give us everything we need—nations will need to go further in reducing their emissions over the next few years to ensure the global temperature does not rise by more than 1.5 degrees to avoid the worst impacts of climate change (See Ria Voorhar’s press release for Climatenetwork.org in “Resources” below).

Indeed, within hours of the agreement, many nongovernmental organizations already had updated their websites to reflect the new aims of their advocacy work: to ensure that promises made in Paris are kept and, hopefully, exceeded as is necessary to ensure justice for the most vulnerable.

Kerry, John. "Remarks on Cop21 and Action Beyond Paris." Presentation at the Conference of Parties Twenty-First Meeting, Paris, France, December 9, 2015. 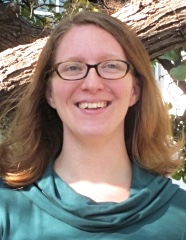 Thank you for posting this fine article by Sarah Fredericks on Religion and Climate Change in today's Sightings email.  We need all hands on deck for this global challenge, a crisis that touches every aspect of our lives as Christians who care about creation and justice.  I wonder if Sightings could host a website page that announces regional climate action events, especially those that are powered by spiritual and religious motivations?  So many interfaith and Christian organizations focused on climate change are popping up, all over the country.

Thanks for your feedback on my article about climate change and religion.

I agree that there are many religious groups starting (and continuing) activism about this important environmental and social justice issue.   As to whether Sightings would start a website repository about such groups, well, that is an issue for someone else.  But, I can point you to several resources that I know of that already compile such information.

The  Forum on Religion and Ecology, http://fore.yale.edu/, has a news section that highlights news stories about religion and the environment from around the world.  Sections of the website also feature publications on the subject (with a subsection devoted to climate change) including books, journal articles, and web pieces.  Their newsletter, sent out by email, also includes news articles of religious activism and research about the environment.

The Web of Creation, http://www.webofcreation.org/, has resources for congregations working to green their worship, physical building spaces, activism, and other aspects of their community.  It also has links to websites of many groups working on environmental issues including 1) denominational groups, 2) faith-based groups, and 3) secular groups.

Interfaith Power and Light, http://www.interfaithpowerandlight.org/, also has an extensive website with links to state and local chapters of many religious organizations working on environmental issues, particularly related to energy efficiency and climate change.  IFPL has great resources for helping local groups with education, advocacy, and improving the energy efficiency of their worship spaces.

For a particular focus on climate change, I recommend http://350.org/ as a portal to lots of information as well as advocacy work around the world.  Some projects and groups are explicitly religious, some are not.

Of course, the above websites are just a few of the many resources that can help a person find resources about what religious environmental activism.