By the Grace of God, the French film (Grâce à Dieu) written and directed by François Ozon, and released in the U.S. this past October, centers on a still-unfolding, real-life case of sexual abuse and its subsequent cover-up in the Catholic Church in Lyon, France. It follows three victims of abuse, Alexandre Guérin (Melvil Poupaud), François Debord (Denis Ménochet), and Emmanuel Thomassin (Swann Arlaud), each abused by the same priest, Bernard Preynat (Bernard Verley). Together the three start a movement to bring the still-practicing priest to justice, and to hold accountable the Church which enabled and covered up his crimes. The film, a gripping, incredibly well-acted, and emotionally wrenching effort, ostensibly gets its title from a line uttered by Lyon’s archbishop, Phillippe Barbarin (François Marthouret). The Cardinal declares, at a press conference, that it is “by the grace of God,” that the statute of limitations had expired on many criminal sexual abuse charges facing the archdiocese. The line is met with outrage by the assembled journalists, and the cardinal backtracks, but the implication is clear: grace, in the eyes of the hierarchy of the Catholic Church of Lyon, is a conservative force, an intentional act by God which preserves the Church from outside scrutiny and the attacks of secular justice.

If the main function of grace is to preserve the hierarchy of the Church, it follows that the Eucharist becomes an instrument for that specific agenda. Ozon implies, through two main scenes in the film, that the stain of abuse and cover-up causes the sacrament to lose its main theological, catechetical, and pastoral role: connecting the faithful to the mystical Body of Christ. Instead, it becomes a sign of division, which goes against its true nature, as the unifying body of Christ. In Catholic theology, the Eucharist, as a sacrament, is understood simultaneously as a sign of the paschal sacrifice of Jesus Christ, and an actual experience of the presence of his crucified and risen body. It allows the communicant to experience the mystery of Christ’s true presence in the sacrament and incorporates them into the universal Body of Christ, which is the Church.

By contrast, in By the Grace of God, the Eucharist is a tool for the Church, depicted as elitist and clericalist. This is the Church at its worst, a Church that allows horrible things to happen to its most vulnerable members. The Eucharistic Adoration (Tantum Ergo and all) which opens the film, happens with Cardinal Barbarin on screen. He is alone, without anyone else gathered to worship the consecrated host. It is displayed out of reach, on the balcony of a basilica, high above Lyon. In this scene, the Eucharist seems only for the clergy, regardless of their guilt (Barbarin is facing prison time in France for his role in covering up abuse).

In another jarring scene toward the film’s middle, Alexandre, in shocked rage, rushes his family out of the church when he realizes that Preynat has not only not been removed from his parish, despite his bishop’s promise, but is also administering communion. “No! Not with him,” Alexandre whispers to his children, pushing them back into the pew. The thought of receiving the Eucharist, administered by the same hands that assaulted him, is grotesque. The Eucharist, in this instance, is made inaccessible because of the horrors of abuse. The clerical role of the abusive priest is more important than the abused person.

In scenes like this, Ozon shows us how abuse alienates. It turns all involved inward. In this case, it causes the church hierarchy to contract around itself, absorbing the Eucharist with it. What Catholics understand as the gift of Christ to his church, which is supposed to offer support and consolation, and foster and supplement reconciliation, is moved out of reach of the faithful. The Eucharist becomes ornament, not succor; a beautiful glistening thing dangled in the distance.

In the end: the body of Christ is held hostage, and those who may need to receive him the most are turned away.

This is counter to the very nature of the sacrament. According to the Catechism of the Catholic Church, it should unite the receiver “more closely to Christ” as it “strengthens our charity” and “commits us to the poor.” In 1963’s Kirche und Sakramente (Church and Sacrament), the twentieth-century German theologian Karl Rahner puts it another way. He called the Eucharist, “an efficacious sign of the renewed, deeper, and personally ratified participation and incorporation in that Body of Christ ... that is to say, the Church.” The Eucharist incorporates and always involves the entire Church. Rahner went so far to say, in the same work, that “even a priest’s most private mass is always the Church’s sacrifice.”

When the Eucharist is instead employed in pursuit of worldly agendas, a valid Catholic response is to see this as an affront to Christ, the one who longs to gather everyone in. Whether the Eucharist is used as a sign of the preeminence of the Church hierarchy, as is shown in By the Grace of God, or as a statement against another’s sin, like in the debates over denying communion to pro-abortion politicians, it ceases to be what Catholics need it to be: a communing with the broken and risen body of Christ; a unification with the whole Church. This grace cannot and should not be instrumentalized. As Rahner put it in another work, Meditations on the Sacraments, “grace does not happen in isolated instances here and there in an otherwise profane and graceless world … it is everywhere and always.”

At the end of By the Grace of God, two of the three abuse victims have renounced the Church; the third is not even sure he believes in anything anymore. The final shot of the film shows Emmanuel, the third victim we meet, staring up at the basilica where the film started, still so far out of reach. His disillusionment is obvious by the expressions on his face. The Eucharist could still be out on that balcony, but it doesn’t matter—it’s been made clear that it is not for him, no matter how desperately he might need it.  ♦ 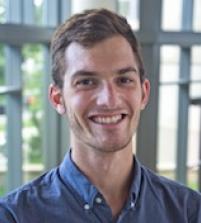 Author, Jack Nuelle, is a writer based in Chicago, IL. He received his BA in English Language and Literature from the University of Chicago and his MTS from the Boston College School of Theology and Ministry. His writings on theology, music, and culture have been published in the National Catholic Reporter and Image Journal’s “Good Letters.” You can follow him on Twitter @j_c_nuelle.

See All Articles by Jack Nuelle