Gay Prayer in Uhuru Park, or Christianity and LGBT Empowerment in Kenya

While doing preliminary research for a project on religion, homosexuality and LGBT rights in Kenya, July-August 2015, I discovered a different side of the gay debate in Africa—one that so far has received very little attention

While doing preliminary research for a project on religion, homosexuality and LGBT rights in Kenya, July-August 2015, I discovered a different side of the gay debate in Africa—one that so far has received very little attention. Where religion in general, and Christianity in particular, is often presented as a key force fueling homophobia and legitimizing anti-LGBT attitudes and politics, I found it also to be employed as a counter-force.

When President Obama visited Kenya in July of last year, there was excitement and controversy. People were excited because he was the first US President to visit the country, and also because Obama – whose father was Kenyan – could be welcomed as a ‘son of Africa’ returning home. At the same time, controversy emerged about Obama coming to ‘preach gay rights’ since his visit occurred shortly after the US Supreme Court had legalized same-sex marriage.

In Kenya, the colonial anti-sodomy laws are still in place, and not one political party advocates abolishing them. Yet one marginal Kenyan political party, the Republican Liberty Party, seized the Obama visit as an opportunity to profile themselves.

Party operatives made global headlines by announcing a mass nude protest in Uhuru Park in Nairobi so that Obama could see and understand the physiological differences between the two genders.

I went to Uhuru Park the morning scheduled for the protest. However, there weren’t any protesters. The Republican Liberty Party had already reached its aim: it had received media attention, and at his joint press conference with Obama, Kenyan President Kenyatta had to openly dissociate himself from his American counterpart and declare publicly that Kenya wasn’t ready for gay rights.

Instead of nude protesters, I encountered a small group of gay, Christian men meeting in the park—not to cruise for sex—but to pray for each other and to support each other in their entrepreneurial activities, for which they had set up a system of savings and loans.

Out of sight of the media, these men gathered in a highly symbolic place in Nairobi’s public space: the park of independence (Uhuru), situated in the former White zone of the town, under the trees planted by political activist Wangari Maathai in a part of the park that she baptized ‘Freedom Corner’ in opposition to the oppressive regime of Daniel Arap Moi.

Making jokes about the cancelled nude protest, the men met to talk, share, and empower each other spiritually, emotionally, socially and economically. This small informal support-group of gay men gathered in full daylight in Nairobi’s central park might be more significant than the announced nude mass protest that received so much attention.

The men opened their meeting with a prayer, asking God to bless their plans and activities. Their prayer demonstrates the integration of their Christian faith in their lives, apparently not hindered by their sexuality. It challenges two dominant narratives: the first is the claim, by Kenya’s political and religious elite, that homosexuality is un-Kenyan and un-African; the second is the assumption, by the international media, that Africa is thoroughly and relentlessly homophobic.

I found another visible sign of similar integration, when I discovered a small church community in Nairobi, established, led and attended by LGBT Kenyans. Its aim is to provide an affirming and empowering space for LGBT people who are marginalized and stigmatized as extraordinary sinners in the mainstream Christian denominations. In this church they worship God and express their faith together, without any fear of being preached against or demonized.

More explicitly political, I found some interesting initiatives by organizations working to empower LGBT people and promote acceptance in church and society, on a Christian basis.

One such organization is Other Sheep Kenya which promotes the full inclusion of LGBT people within their respective religious traditions. To achieve this goal, it organizes workshops with pastors and church leaders. Under the leadership of Rev. Michael Kimundu, a former Anglican priest expelled by his bishop because of his pro-gay views, a number of lesbian, gay, bisexual and transgender people have been trained to share personal stories—of their sexuality and faith—at these workshops.

A Nairobi, faith-based advocacy organization, Pembizo Christian Council, seeks to build “an all-inclusive Church in Africa.” Founded by Rev. Solomon Gichira in 2013, the organization so far has manifested itself publicly and politically. It issued a critical response to President Kenyatta’s anti-gay statement during his press conference with President Obama, and it petitioned the High Court of Kenya for recognition of a third gender. In September 2015 it organized its first conference for Christian leaders from several African countries to discuss the theme of moving towards “a just and inclusive church.”

These examples demonstrate the growing visibility of LGBT people and their allies in Kenya, a development that was stimulated by the public coming out of one prominent Kenyan, literary writer, Binyavanga Wainaina, in January 2014, and his subsequent fight against homophobic forces in the country. They also show that Christianity is not responsible only for fueling anti-homosexual discourses and politics in Africa; it is also—and increasingly so—inspiring alternative mobilizations of power.

Kenyan LGBT Christians have begun to organize themselves and develop a form of Christian faith that is affirming of their sexuality. LGBT allies have launched faith-based initiatives to bring about change in churches and society.

It is too early to tell what the socio-cultural and political impact of these developments will be. Yet they open up a new line of thinking, about Christianity as a source of LGBT empowerment, advocacy and politics in Kenya and potentially elsewhere in Africa, and about the strategies and effects of an African, queer form of Christian faith. 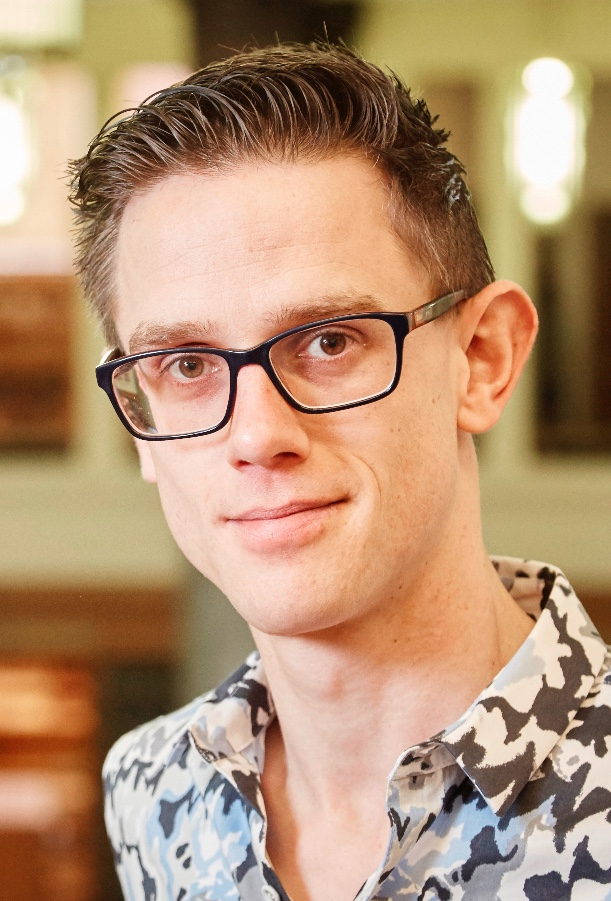 Author, Adriaan Van Klinken, (Ph.D., Utrecht University) is Associate Professor of Religion and African Studies at the University of Leeds (United Kingdom). His work focuses on contemporary African Christianity, in particular in relation to issues of gender and (homo)sexuality. His current project is about Christianity and LGBT empowerment in Kenya.