Editor's Note: This is the fifth issue in our continuing series of essays on religion and popular music

By Eileen Chapman and Eileen Reinhard|July 20, 2017

Editor's Note: This is the fifth issue in our continuing series of essays on religion and popular music. For the previous installments, see "The Broken Grace of Leonard Cohen" by Paul DeCamp; "Being Hip-Hop, Being Job, and Being" by Julian "J.Kwest" DeShazier; "'No One Was Saved': The Beatles and Organized Religion" by Kenneth Womack; and "Of Music and Martyrdom" by Zola Jesus. 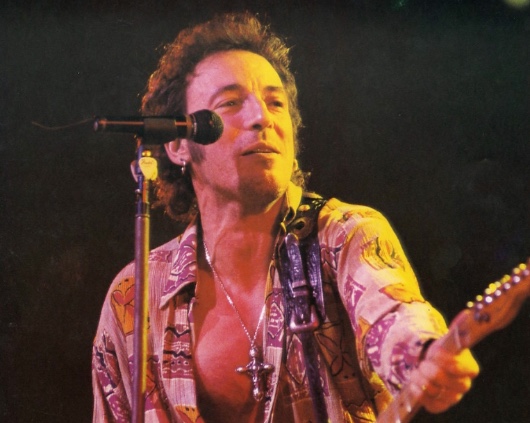 The first time the words “Bruce Springsteen” and “good Catholic boy from New Jersey” are known to have appeared together in print was on February 8, 1973, in the Commonwealth Times, the student-run newspaper of Virginia Commonwealth University.

The report is a 300-word preview of a show that was set for February 18 at Richmond’s Mosque Theater, where Springsteen and the not-quite-yet E Street Band were opening for Dan Hicks and His Hot Licks. That date was one month after the release of Greetings from Asbury Park, N.J., Springsteen’s first album, where the first recorded evidence can be found for the recurring role that his Catholic upbringing would play in his lyrics. There are mentions of Jesus and Mary, nuns and priests, angels and devils, sinners and saints, and even the Vatican.

Evident throughout Springsteen’s recording career is a searcher’s discourse on “religion” versus “faith.” In his songs, he is a representative lost soul seeking, and finding, authentic things of the spirit not wholly defined, or contained, by the Catholic Church.

Lost, perhaps, to the flood of time (at least for now) are who that young Commonwealth Times reporter was and what press release he or she lifted that “good Catholic boy” phrase from: in the article, those words do appear in quotes.

This decades-old student newspaper article, referring to a soon-to-be stratospherically famous showman/songwriter, can today still be scrutinized and provide a spark for inquiry and investigation into the complex relationship Springsteen has long had with Catholicism as well as his initially inchoate but now more solid relationship with faith.

That something as seemingly small as the Commonwealth Times article, and other similar pieces, can still be retrieved, held in your hands, and used as primary source material is due to the combined efforts of two fan groups who carefully saved these historical artifacts. Monmouth University in West Long Branch, New Jersey—minutes away from where Springsteen wrote the anthemic song “Born to Run”—has, in collaboration with the Grammy Museum in Los Angeles, absorbed those collections and continues to accumulate artifacts.

In January, the newly established Bruce Springsteen Archives and Center for American Music, merging the fan-based material with Springsteen’s personal artifacts and papers, was announced. Based at Monmouth University, the Center is now the official archival repository for Springsteen’s written works, photographs, periodicals, and artifacts. It contains some 35,000 holdings dating from 1927 to the present, and is in the process of recording and cataloging the personal artifacts that Springsteen recently donated to the collection, including Born to Run tour materials and much, much more. The Center aims to preserve and promote Springsteen’s legacy and his role in American music while also honoring and celebrating icons of American music including Woody Guthrie, Robert Johnson, Hank Williams, and Frank Sinatra.

Author Peter Ames Carlin used the Monmouth archive when writing his well-received 2012 biography Bruce. Carlin called the archive “a fantastic collection… so well taken care of. It is a huge resource for writers and historians.”

Azzan Yadin-Israel, a professor of Jewish Studies and Classics at Rutgers—who in 2013 taught a theology course on “The Boss”—used the materials at Monmouth while researching his book The Grace of God and the Grace of Man: The Theologies of Bruce Springsteen. He said: “I found the archive a tremendous resource in writing my book, both in that it provided access to unrecorded lyrics and alternate versions of songs, and in its exhaustive collection of Springsteen-related scholarship, including unpublished papers and conference talks.”

Additionally, the collection is regularly visited by Sony Music, which uses artifacts from among the archive’s rich resources to illustrate the packages and booklets that accompany its Springsteen CD box sets.

In his autobiography Born to Run, released last September, Springsteen writes movingly about his childhood in Freehold, New Jersey, as he grew up in the shadow of St. Rose of Lima Church. He narrates how the experience of living so close to the nuns and the priests, and seeing the perpetual cycle of marriages and baptisms and funerals, impacted his young life and, later, his music. He writes less sweetly about his own experience as a student in the church’s grammar school, and why, as a teenager, he rejected the Catholic Church’s authority.

“I don’t often participate in my religion but I know somewhere… deep inside… I’m still on the team,” Springsteen observes. “This is the world where I found the beginning of my song. In Catholicism, there existed the poetry, the danger and darkness that reflected my imagination and my inner self. I found a land of great and harsh beauty, of fantastic stories, of unimaginable punishment and infinite reward.”

He sums up this evaluation: “The church bells ring.”

To complete the circle of searching and finding, Springsteen returned to St. Rose of Lima to perform a benefit concert there in 1996. His handwritten set list from the show can be found in the archive.

Access to the archive collection is by appointment only. To schedule a visit call 732-571-3512 or email echapman@monmouth.edu.

- Yadin-Israel, Azzan. The Grace of God and the Grace of Man: The Theologies of Bruce Springsteen. Lingua, 2016. 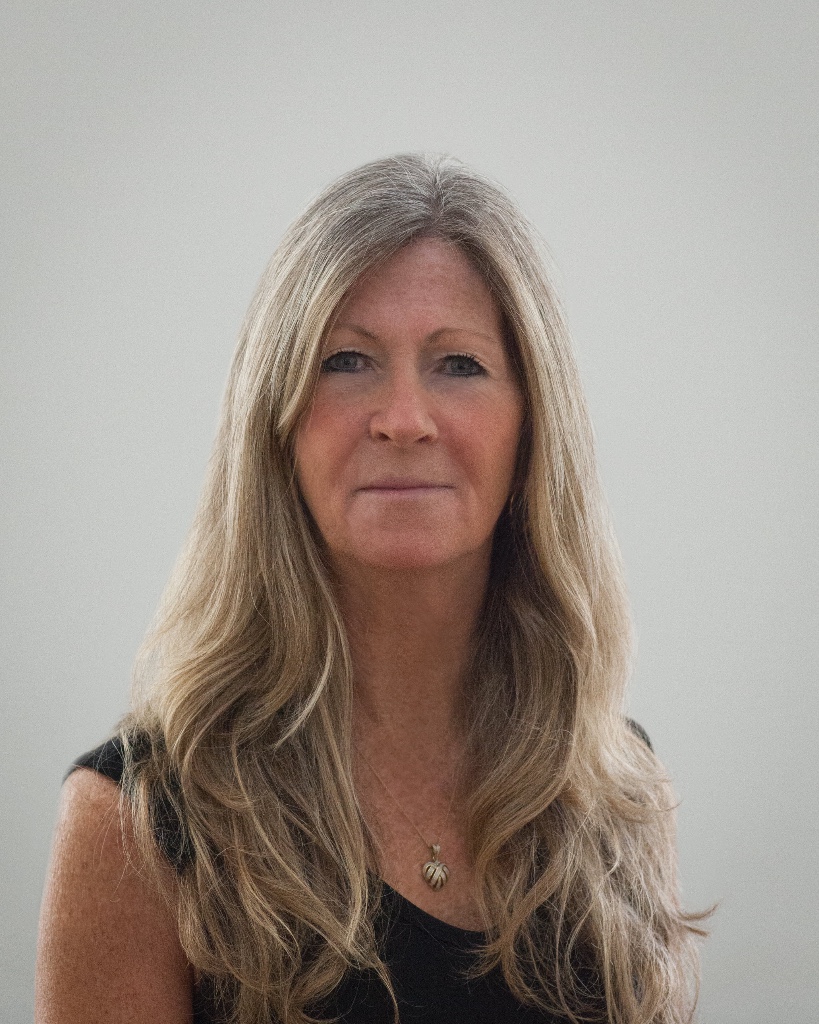 Author, Eileen Chapman, manages the Bruce Springsteen Archives and Center for American Music at Monmouth University. She currently serves as Councilwoman for the City of Asbury Park, was the former manager of the Stone Pony, and sits on several boards including the Asbury Music Foundation and the Asbury Park Historical Society. 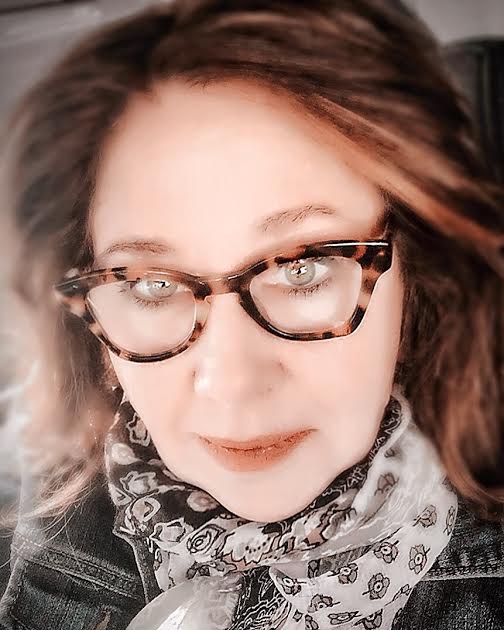 Author, Eileen Reinhard, is a journalist and producer whose work has appeared in The New York Times, The Times (London), and other news outlets. She was a senior new media producer for ITN in London, earned an MA in history, and now lives a heartbeat away from Asbury Park’s storied boardwalk.

See All Articles by Eileen Chapman and Eileen Reinhard