The Death of Politics?

Today’s “sighting” owes its inspiration to a brief moment of&nbsp;déjà vu&nbsp;that hit me recently as a new-but-familiar book title came across my desk—The Death of Politics 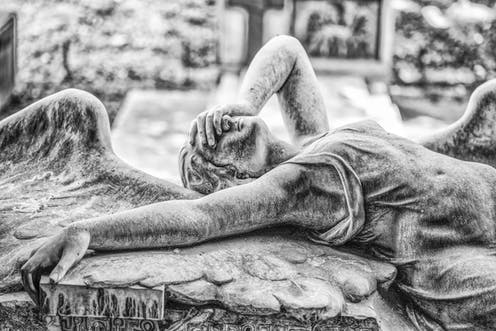 Today’s “sighting” owes its inspiration to a brief moment of déjà vu that hit me recently as a new-but-familiar book title came across my desk—The Death of Politics. When I saw it, I was immediately reminded of an essay by that title written by Karl Hess and published by Playboy magazine in 1969, which at the time became something of a literary sensation but has, fifty years later, mostly been forgotten, not unlike its author. The new incarnation of the title, published as a book last week (June 4), belongs to Peter Wehner.

The two works have little in common beyond their shared title. And yet, positioning them opposite one other, as we shall, might not only serve as a fun exercise but might even yield some fruitful insights. The fruit it in fact bears is twofold: First, it serves as a helpful way of contrasting certain features of 1969’s America with the America of 2019. Second, and related but perhaps more controversial, it helps us see Wehner’s book as a more helpful guide than Hess’s 1969 essay for understanding and addressing vital aspects of life in the republic today.

The most important word in the shared title is “death.” Indeed, “death” is in as a lead-off word in book titles in recent years. A five-minute trip through booklists via Google will turn up titles beginning with “Death of …” and ending with “God” or “Nation” or “Truth” or “Liberalism” or “ Democracy” or “Reading,” just to name a few. While we are busy searching the internet, we can also look up Hess’s Wikipedia page. There we are reminded that he was “a political philosopher, editor, welder, motorcycle racer, tax resister, atheist, and libertarian activist.” Locate him politically? He would be recognized for his “stints on the Republican right … the New Left, [and] free-market anarchism.” At the time, in 1969, the author was notably at the side or the service of, among other public figures, Thomas Dewey, William F. Buckley, Barry Goldwater, and Ayn Rand, and he was linked with the American Enterprise Institute before switching his loyalty to the Students for a Democratic Society and then the Wobblies (IWW), Black Panthers, and the Libertarians, among several other notably radical organizations.

Fifty years later, Wehner’s The Death of Politics arrived, though not as an update to Hess—not at all—but rather as a complete alternative to Hess and his anarchisms. Wehner’s subtitle promises “How to Heal Our Fractured Republic” in this current moment of political chaos and anarchy. The publisher’s line expands on this promise: “this outspoken conservative and Christian critic … offers a carefully reasoned and persuasive argument for restoring politics as a worthy calling to a cynical and disillusioned generation of Americans.” Wehner, we should mention, is a New York Times contributing editor who also has served three White House administrations.

Like Hess fifty years ago, Wehner diagnoses that “America’s Political Culture is Sick.” A recurring point of emphasis throughout the book holds that the current “relationship between politics and faith”—and especially that form of faith that most resembles the Christian evangelical movement—"is doing harm to both.” Instead of shrinking away from the scene in cynicism, Wehner argues that something can (and should) be done. And he is not alone in holding that position. Bookshelves at our house include writings by Wehner allies who are Christian and evangelical but not captive of its “movement” per se. Among them are Michael Gerson, Jon Meacham, and a small cadre of others, most of whom, if not all, have political compatriots in Catholicism, Judaism, and the larger public, represented on our shelves by writers like David Brooks.

While Sightings doesn’t afford us the space for book-length analyses, it does encourage us to explore what we might learn by squinting and scanning. As such, let’s turn our attention briefly to one of the aforementioned like-minded authors to Wehner, Jon Meacham, and his also-new-this-year book, The Soul of America: The Battle for Our Better Angels. Consider, for instance, what the subheadings in the book’s closing chapter might teach us: “Enter the Arena,” “Resist Tribalism,” “Respect Facts and Deploy Reason,” and “Keep History in Mind.” These lines speak for themselves, though Meacham’s elaboration on them is well worth the read. And don’t miss the invocation of Abraham Lincoln—“the better angels of our nature”—in Meacham’s subtitle, influences which escaped the attention of Hess in his essay fifty years ago. And pay attention to Meacham’s final lines in the book: “For all of our darker impulses, for all of our shortcomings, and for all of the dreams denied and deferred, the experiment begun so long ago, carried out so imperfectly, is worth the fight. There is, in fact, no struggle more important, and none nobler, than the one we wage in the service of those better angels who, however besieged, are always ready for battle.” May it be that the “better angels of our nature” rather than our “darker impulses” are remembered fifty years from now.