The Creedal Orthodoxy of the RNC platform

A divisive rhetoric of unity

The Republican National Committee recently opted not to release a new platform this year, but instead re-released their 2016 platform with an unwavering resolution “to enthusiastically support the President’s America-first agenda”. While some have viewed this move as a punt or motivated by fear, the reissuance of the 2016 platform provides a portrait of the RNC’s ideals. Despite its professed desire for a “united” America, however, the preamble takes the form of a creed and employs it in a way that separates the citizens it claims to want to unite into divided demographics of orthodoxy and heresy.

Forsaking the style of every previous Republican preamble, the 2016 platform begins with this creed, presenting eight “we believe” statements and one “we affirm,” organized roughly around American exceptionalism, the Constitution, and political and economic freedom. Furthermore, as do most creeds, it presents the inverse of its beliefs in the form of anathemas of its opponents.

Such taxonomizing confessionalism is part and parcel of ancient Christian creeds, and its employment here is consistent with what is found in these ancient exemplars. Among the most prominent is the Nicene Creed, which can serve as a point of comparison. In the early fourth century a controversy arose in Alexandria between Alexander, the bishop of that city, and Arius, a presbyter, regarding the nature of Christ. Arius believed that Alexander taught a form of Sabellianism, which taught that the Father, Son, and Spirit were different modes of the one divine person, while Alexander accused Arius of making the Son a mere creature, apparently rallying under the cry “there was a time when Christ was not”. The controversy soon spread throughout the Roman empire, precipitating the council of Nicaea in 325. The council ruled in favor of Alexander’s position, and drafted a creed that presented the approved position of the council and anathematized anyone who sided with Arius, declaring “and those saying, ‘there was a time when he was not’...the holy, catholic, and apostolic church anathematizes”. This creed was more than simply an articulation of belief, but also served as a rubric for determining acceptable difference; beyond simply supplying orthodoxy, it defines heresy so that it can be identified and removed.

The RNC’s choice to adopt such a creedal formula is not neutral, and provides them a form that solidifies a bifurcation of the American political system, and by extension the American people, in order to portray the Democratic party as an enemy to American unity, that is, as heretical. Furthermore, a creed can still function as a rule against error even when the threat that originally precipitated the document passes away. As such, none of the particular claims needs to be current, nor does the opponent have to be present. Though this document was originally composed in 2016 while President Obama was still in office, he need not be the sitting President for the RNC to detect and castigate the errors they believe he and his party represents.

The jockeying for orthodoxy and assertion of an infallible guideline for discerning heresy are seen clearly in the preamble’s appeal to the Constitution. The authors state, “We believe in the Constitution as our founding document. We believe the Constitution was written not as a flexible document, but as our enduring covenant.” Literalist inerrantist hermeneutics are strongly implied—the Constitution contains all that is needed, not for life and godliness, but for political and economic flourishing. The body of the platform establishes the same, declaring that “all legislation, regulation, and official actions must conform to the constitution’s original meaning as understood at the time the language was adopted” (9-10, emphasis mine). For the RNC, the Constitution is not open to interpretation, or at least interpretation beyond their understanding of “constitutional.” As “the party of...the Constitution” (9) it is an infallible guide whose true meaning is a privileged possession of the RNC. The full throated support for  President Trump in the opening resolutions, however, gives the appearance that he has the blessing of the RNC as satisfying the criterion of “constitutional,” despite the fact that his actions have often been criticized by his opponents as “unconstitutional” regarding his solicitation of interference from the Ukrainian government, unemployment orders, and a myriad of other offenses. The rhetoric of the RNC’s platform has branded this opposition as an anti-American attack from those who fall beyond the pale of what is truly “constitutional.”

The opponents the preamble identifies are clear. It says, “For the past 8 years America has been led in the wrong direction” and frequently references “The President [viz., Obama] and the Democratic party”. These foes are said to have “shortchanged” the military, “dismantled” healthcare in America, “abandoned their promise of being accountable to the American people.” They “control” and “attack” freedoms both in the public and private sphere. Such identifications of this ‘heresy’ are meant to identify the opponents as dangerous to the proposed goal of American greatness. Harnessing a religious form of confession and polemics, they are able to channel its heresiological powers to create insiders and outsiders, galvanizing their supporters around the clarion call of American exceptionalism and lost American greatness.

While the religious character of the preamble is clear from the beginning due to the creedal structure, the ending renders that character explicit by means of a divine appeal. The authors state, “Every time we sing, ‘God Bless America,’ we are asking for help...We earn that help by recommitting ourselves to the ideas and ideals that are the true greatness of America.” Such a statement clearly identifies this deity as a Republican God, and the do ut des beneficence of this deity is contingent upon the country upholding Republican commitments.

In a time when many are lamenting the disunity in American political life, the RNC proposes that it can make “America great and united again”. However, the very form of their platform’s preamble, written four years ago and enthusiastically reaffirmed now, dichotomizes the American people between orthodox and heretic in a way that produces and sustains a polemicizing discourse that labels all disagreement unconstitutional and un-American. Instead, they claim that patriotism is solely within their grasp, and they co-opt a historically religious medium to do so, calling upon a God they perceive as only supporting their own “ideas and ideals.” For many religious people, such a conflation of God and partisan politics would only be identified as either blasphemy or idolatry. For the RNC, this is American orthodoxy. 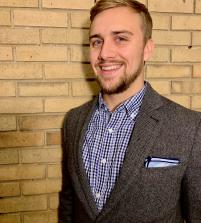 Author, Bradley Hansen, is a PhD student in Biblical Studies at the Divinity School. His research interests include New Testament reception history, early Christian heresiology, and the writings of Origen of Alexandria.

See All Articles by Bradley Hansen