COVID-19 and the Limits of Utilitarianism

Crafting policy decisions in response to the COVID-19 global pandemic calls for careful practical moral and political reasoning. Amid debates about next steps, Peter Singer, a prominent utilitarian ethicist, has weighed in on the matter. Wrestling with Singer’s arguments allows us to reflect on how we tend to think through these matters given that our policy deliberations often assume something of a utilitarian form.

Utilitarianism is an ethical model that determines right action primarily in reference to outcomes. Generally speaking, it posits that actions are right to the extent they result (or tend to result) in the greatest benefit for the greatest number of people. To be sure, this way of thinking has strong intuitive force. Shouldn’t we always aspire to do the greatest amount of good possible?

Singer recently put utilitarianism on display by publicly reasoning through how to approach reopening the U.S. economy. He joined a panel that The New York Times assembled to discuss the issue after co-authoring an article about it with Michael Plant in Project Syndicate.

Outlining the nature of the situation as he sees it, and stressing the need for thinking about outcomes and trade-offs, he explained in the Times:

I think the assumption… that we have to do everything to reduce the number of deaths, is not really the right assumption. Because at some point we are willing to trade off loss of life against loss of quality of life. No government puts every dollar it spends into saving lives. And we can’t really keep everything locked down until there won’t be any more deaths. So I think that’s something that needs to come into this discussion. How do we assess the overall cost to everybody in terms of loss of quality of life, loss of well-being, as well as the fact that lives are being lost?

In Project Syndicate, Singer and Plant focused especially on the costs of a slowed economy and argued that these must be weighed in some way against the benefits of social distancing. They advise the use of empirical data such as the average number of “life years lost” by people who have died from COVID-19 for comparison against the steep economic toll of lockdowns.

[M]aking trade-offs requires converting different outcomes into a single unit of value. A problem with the current conversations about whether we should strangle the economy to save lives is that we cannot directly compare “lives saved” against “lost GDP.” We need to put them into some common unit…

To do that, we think it’s best to measure wellbeing by using individuals’ reports of how happy and how satisfied with their lives they are.... Doing this means we can, in a principled way, weigh up otherwise hard-to-compare considerations when deciding how to respond to COVID-19—or to any other systemic risk.

Some version of Singer’s approach is prominent in our public debate, and understandably so. Among utilitarianism’s strengths are its scalability, practicality, and realism. However, it can also seem crass. Surely Singer is right that there is tension between the loss of life and the diminishing quality of life, as well as between the economic and human costs of our policies. And yet, the ease with which he seems to consider all of these as finally calculable is unsettling

It is important to note that Singer is not arguing in bad faith. In the Times, he readily admits of his age and of belonging to a segment of the population most vulnerable to the potentially unfortunate consequences of his reasoning. Nonetheless, Singer’s approach clearly depersonalizes the situation.

On one hand, large-scale analyses and the requirements of political office surely demand an emotional distance of some kind in order to make the best decision in non-ideal circumstances. On the other, we might think that something is wrong when decisions that sacrifice many of the intuitions and values we depend on appear to come too quickly and without clear overriding arguments. The English philosopher Bernard Williams has criticized utilitarians on just this point.

To my mind, Charles Taylor has exposed devastating problems with utilitarianism. In Sources of the Self: The Making of Modern Identity (1989) and elsewhere, Taylor contends that moral reasoning is an essentially qualitative task anchored in some orienting conception(s) of the good. He argues that utilitarians, who reject such a picture of morality, cannot escape relying on substantive intuitions for which they cannot account (i.e., that happiness is worth pursuing and an ideal of universal and impartial benevolence). Further, he argues that their move to quantitative analysis distorts the evaluative nature of moral reasoning by reducing what are different kinds of goods to a single one. Doing so, he claims, misses the intrinsic value belonging to many of our moral concepts and empties them of motivating power.

Following Taylor, we might say that a cohering, motivating, situation-transcending source of value is necessary to maintain a properly moral perspective. In light of the features of their approach, utilitarians are unable to do so. Thinking with Singer about our present situation reveals another, related problem.

In his critique, Williams draws attention to the way utilitarians frame the moral situation. Notice this in Singer’s arguments. At no point does he consider the political decisions that have shaped and continue to shape the trade-offs as he presents them. Rather, he proceeds as if these were givens, more or less stable and fixed. To be sure, there are legitimate concerns regarding the effects of economic slowdown, and Singer is right to consider the psychological and emotional effects of prolonged social distancing. But it is not at all obvious that we are left to trade-off the economic and human costs in the way implied.

We might instead approach the matter by critically considering who is likely to bear the greatest burden of our decisions, particularly which racial groups and classes of people, and whether that is just. Without avoiding the need for trade-offs, we could opt to redistribute our enormous national wealth on a large scale, ensure the provision of necessary resources, and offer alternatives to unemployment. After all, perhaps the COVID-19 crisis is best understood as further revealing and exacerbating many of our current economic arrangement’s existing problems rather than generating entirely new ones of its own. Utilitarianism, in either Singer’s philosophically rigorous version or the inchoate form it often takes in our public debates, seems mostly unable to arrive at and properly consider these possibilities. Because of its narrow view of the moral situation and its reductive move to quantitative reasoning, utilitarianism appears to be hamstrung by an implicit and unwarranted status quo bias.

As it turns out, utilitarianism operates at both an ideal and an empirical deficit—it lacks perspective in both dimensions. Not only is it unmoored from a motivating and cohering source of value, it tends to mistake the terms of our trade-offs for something like brute facts when at least many of them are the contingent and impermanent results of political decision.

An example of this can be seen in Lieutenant Governor of Texas Dan Patrick’s recent suggestion that re-opening the economy involves a potential trade-off between the lives of people in their seventies (those most at risk of fatality due to COVID-19) and the possibility of losing “our whole country.” Setting aside the ideological reasons Patrick might have for not questioning the economic arrangements and other details implicit in his view of the “great American dream,” his framing is premised on taking these arrangements and details as givens. Not incidentally, he also does not offer clear moral values that allow for the critical consideration of these implicit elements.

Even granting the validity of some of my concerns, a utilitarian could respond that the urgency of our situation prevents any major economic or political overhaul. This, however, seems like a false choice and a curiously narrow view of the problem, and it stubbornly elides the inherent limitations of such an approach. We cannot adequately respond to our situation without drawing on substantive commitments that both allow us to see our situation in its larger moral and political context and help to make proper sense of the many goods and values at stake. Only then might we be able to prudently navigate the difficult matter of trade-offs and begin to grasp what is becoming increasingly evident—that our most urgent need lies where genuine reform and proper attention to the pandemic meet. 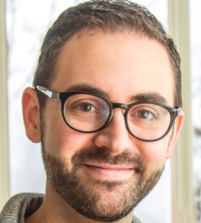 Author, Nicholas Buck, is a PhD student in Religious Ethics at the Divinity School. He studies religion and the development of modern moral and political thought, liberal democracy, and human rights.

See All Articles by Nicholas Buck