Conscience: Its Use and Abuse

Earlier this year the Trump Administration issued rules exempting, on religious grounds, health care professionals, insurers, and employers from providing such services as abortion and sterilization. Recent New Jersey legislation now allows terminally ill patients, expected to die within six months or less, to request from a physician a lethal dose to be self-administered to end their life in a dignified manner. The statute exempts, also on religious grounds, physicians from complying with such a request. In Arizona, pharmacists are legally protected when they refuse, on religious grounds, to fulfill a prescription. In Arkansas and Georgia, the law goes even further to protect pharmacists who withhold a prescription because of their religious beliefs. And after the United States Supreme Court determined that same-sex marriage is constitutional, public officials responsible for issuing marriage licenses refused, with legal impunity, requests from gay couples, justifying their refusal on the grounds of conscientious objection based on religious beliefs.

Frequent though this recourse to conscientious objection—based on institutionalized religious beliefs—as part of public policy may be, is it an appropriate use of conscience or an abuse of it?

Famously, Cardinal John Henry Newman wrote, “Certainly, if I am obliged to bring religion into after-dinner toasts, I shall drink—to the Pope, if you please—still, to Conscience first, and to the Pope afterwards.” The words come at the end of his remarkable discussion of the authority of conscience as implanted by the divine creator “in the intelligence of all His rational creatures.” In confirmation, he quoted St. Augustine to the effect that conscience expresses divine reason, “commanding the observance, forbidding the disturbance, of the natural order of things.” Newman took this to mean that conscience guides rational human conduct so that it expresses the ethical or other-regarding characteristics of divine nature—justice, truth, benevolence—in respect to the natural order of things. His insistence on human conduct as the focus of conscience is central to his appreciation of the relationship between conscience, as the law of nature, and revelation, as the law of religion.

Revelation is not the law of nature merely restated. Quite distinct though it is from the teaching of nature whose doctrines “as addressed to thoughtful, serious minds are certain,” revelation is not independent of, but complementary to the law of nature. Addressing, as it must, the urgency of the immediate present, this, according to David DeCosse, is Newman’s image of conscience responding, not to the exceptionless norms of revealed religions, but to an empirical world where exception is the norm.

There is no mistaking Newman’s moral realism here. Even as he presented conscience as a constituent element of the mind, he acknowledged how it undergoes resistance as it passes into the minds of human beings who remain accountable to its commands. That resistance may well be explained, should we consider P.H. Nowell-Smith’s distinction between the authority of conscience and the power of conscience. If one assumes that to invoke conscience is to invoke only its authority to direct behavior but fails to allow for the possibility that it is actually the power of conscience that is doing the directing, it becomes, Nowell-Smith argued, almost impossible not to become the slave of conscience. That, as R.M. Hare explained it, is the difference between feeling one has an obligation and actually having an obligation. To act on the former is to be a conventionalist. “Common moral notions … are the legacy of tradition … and tradition cannot be started without doing what I now feel called upon to do, decide.” If for reliance on tradition we substitute dependence on revelation, we can see the threat to the integrity of conscience. Making particular decisions on the basis of one’s religious tradition is not the same as what Aquinas, speaking of the prerogative of conscience, called “the practical judgment or dictate of reason by which we judge what, hic et nunc, is to be done, being good, or to be avoided, being evil.”

This, presumably, was the point of Newman’s observation that “The Pope, who comes of revelation, has no jurisdiction over Nature,” implying two distinct but complementary spheres of influence, equal in authority. Because of this, when we turn to conscience, we should do so independently of fidelity to religious beliefs since acting solely on the basis of religious beliefs is no guarantee that one will not act against one’s conscience. For if we are to follow conscience at all, we must do so, as Newman declared, against all hazards. As he explained, citing Hermann Busenbaum, “A heretic, as long as he judges his sect to be more or equally deserving of belief, has no obligation to believe [in the Church].”

In the clarity of Newman’s account of conscience, it is not too difficult to see the risk to conscience when (mistakenly) government—with institutionalized religion (notably Roman Catholicism and Evangelical Protestantism) colluding—confuses conscience with doctrine, hijacking, for complementary purposes, the one in the name of the other. This does not honor conscience, this abuses it. If, as William K. Clifford observed, the moral sense grows in clearness by the constant effort to determine for ourselves what is right and what is wrong, it would be moral suicide to surrender our conscience to someone or something else.  Newman would have agreed. Given the fact that the conscience of each individual is free, he insisted, we have the security, should it be needed, that no institutionalized religion will be able to create a false conscience for its own ends. In 1875, Newman thought the need for such a security “most gratuitous.” Were he observing matters today, it is reasonable to say he might think it far from gratuitous. ♦

John Henry Newman, Letter to the Duke of Norfolk (1875) 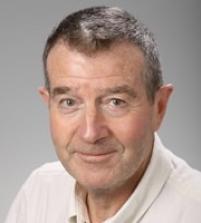 Author, T. Patrick Hill (PhD’02), is Associate Professor in the Edward J. Bloustein School of Planning and Public Policy at Rutgers University, where he teaches courses in ethics and law as well as in critical thinking.