American consumer spending growth has been unusually slow since the Great Recession of 2007-2009. Does this signal the adoption of what two Washington Post reporters describe as a “newfound prudence” and a permanent change in consumer psychology? Two recent studies contradict this view of American consumers’ “newfound” character and show that U.S. consumerism is alive and well.

My own research on consumerism supports the conclusion that the reason Americans remain attached to a consumeristic form of life is because it performs the religious function of providing them with an answer to the existential problem of meaning.

In my research, I defined consumerism as a form of life that sacrifices other consciously-valued goods in order to maximize the consumption of economic goods, despite the fact that this consumption exceeds any objective measure of need.

One marker I used to locate consumerism in U.S. society was whether a household sacrificed savings for increased consumption at the same time that its income was rising.

Using this indicator, I found that consumerism has continued in all household types and all economic classes above the poverty line since the early 1980s.

Two recent studies—one by the U.S. Federal Reserve Board and one by the J.P. Morgan Chase Institute—show that, despite stagnant incomes and greater exposure to economic risk, U.S. households continue to over-prioritize current consumption over savings.

According to the Federal Reserve Board, 24 percent of U.S. households experienced some form of financial hardship in 2014, but 45 percent reported that they did not have an emergency fund to cover three months’ expenses and 47 percent said that it would be challenging to handle an unexpected $400 expense.

The J.P. Morgan Chase Institute found that, except for top earners, U.S. households across the income spectrum lacked the liquid assets they would need to weather adverse shocks in income and consumption.

U.S. consumer culture is constantly engaged in the construction of signs by associating meanings with consumer goods. Whenever consumers purchase goods, they have these sign values. Economic goods are never simply objects of use.

This consumption becomes consumerism when an individual purchases and displays these signs to others with the unconscious intent of procuring social recognition that grounds his or her personal significance in a community and thereby transcends his or her individual mortality.

The religious nature of consumerism explains its prevalence across all social classes and household types, the positional and unconscious processes behind much of today’s consumption, and the limited influence that can be demonstrated empirically for advertising.

It further explains why consumerism expanded rapidly in the 1970s and 1980s, as competing sources of meaning in Western cultures—ideologies of progress, careerism, nationalism, and churches built on social convention—lost their plausibility and effectiveness.

The religious nature of consumerism also explains why consumerism is extraordinarily difficult to change. Abandoning consumerism means abandoning what gives a person assurance that his or her life matters. This is only possible if the person who lives in a consumeristic culture can nevertheless secure his or her significance in a different source of meaning.

The fact that consumerism remains strong in the United States despite stagnant wages, rising economic insecurity, and poorly distributed economic opportunity makes it especially difficult to grapple with these economic issues politically.

Even when beset by economic challenges, a consumeristic lifestyle is psychologically essential to the person who uses it to secure his or her personal significance.

This makes it more likely that those who rely on that form of life will abandon their commitments to the shared public enterprises of the nation, such as public education and Social Security, if this inward turn allows them to preserve their own consumption-based identities.

It is also more likely that they will abandon their commitments to persons who are suffering economically. Long-term threats such as climate change are even less likely to retain their concern than present economic challenges.

If we understand religion as theologian Paul Tillich does—as whatever individuals use to answer the question of existential meaning for their lives—then the political dysfunction of the United States has its roots in the religious dysfunction of consumerism.

Any form of life that seeks meaning in ways that harm the self and the community can be transcended, Tillich held, by grounding personal meaning through existential trust in the promises of—for him, the Christian—religious tradition. An individual freed from the need to construct and ensure his or her own significance can be directed to the well-being of all, not just the self.

According to social psychologist Ernest Becker, a culture expresses a dominant strategy to deny existential despair and give meaning to individual lives. A culture that enables self-sacrifice for the common good and future generations is therefore one that facilitates existential faith that secures the meaning of one’s life.

So long as American culture fails to provide a ground of personal meaning that calls for self-sacrifice for the common good and for future generations, the United States will remain unable to meet its current economic, demographic, and environmental challenges.

Harlan, Chico and Sarah Halzack. “Why Don’t Americans Feel Better About the Economy?” The Washington Post, May 30, 2015.

Larrimore, Jeff and Mario Arthur-Bentil, Sam Dodini, and Logan Thomas. “Report on the Economic Well-Being of U.S. Households in 2014.” Washington, DC: Board of Governors of the Federal Reserve System, May 2015. 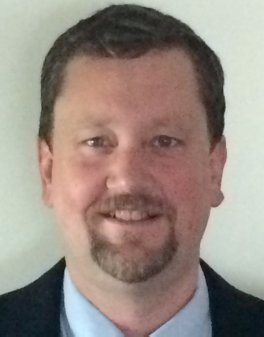 Author, Bruce P. Rittenhouse, (Ph.D. Theological Ethics, University of Chicago) teaches ethics in the Department of Philosophy and Religion at Aurora University. He was a professional economist for fourteen years before beginning his work in Christian ethics. Rittenhouse is the author of Shopping for Meaningful Lives: The Religious Motive of Consumerism (Cascade, 2013).