Ayn Rand, in the years of her prime, told Playboy her overarching philosophy was that “man exists for his own sake, that the pursuit of his own happiness is his highest moral purpose, that he must not sacrifice himself to others, nor sacrifice others to himself.” A recent chronicler, Mark David Henderson, said that “[s]he wanted to be known as the greatest enemy to religion that ever lived 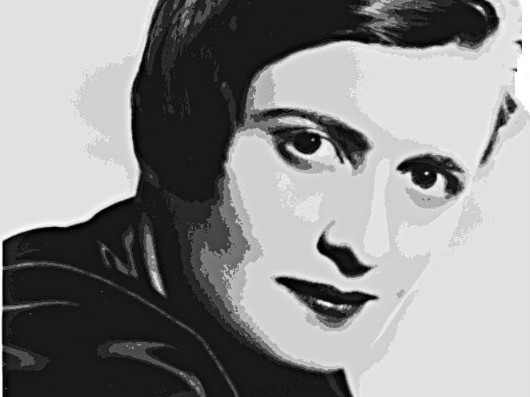 Ayn Rand, in the years of her prime, told Playboy her overarching philosophy was that “man exists for his own sake, that the pursuit of his own happiness is his highest moral purpose, that he must not sacrifice himself to others, nor sacrifice others to himself.” A recent chronicler, Mark David Henderson, said that “[s]he wanted to be known as the greatest enemy to religion that ever lived. She put together this philosophy that is all throughout her writing—from Atlas Shrugged written in 1957, which is still the bestselling novel of all time [sic].” Henderson summarized Rand’s creed, which she professed and expounded in her novels and endless short writings, talks, and interviews: “She believed that the individual is the highest possible occupation of any one person. She believed that one should always occupy their minds, will, and emotions with the highest possible occupation and she believed that would be the self.”

The Russian-born immigrant turned American celebrity, still known best for Atlas Shrugged (which bombed as a film), has been getting mugged by reality and by critics, but she has to be described as “down but not out.” James B. Stewart, whose article on her in The New York Times (July 13) prompts this revisiting of Rand, headlined his story: “As a Guru, Ayn Rand May Have Limits. Ask Travis Kalanick.” Stewart begins by noting how many biggies in Washington, New York, and Silicon Valley continue to stand by her, but some on this roll call of Rand power-acolytes have been learning their own limits and/or meeting with disaster. To wit…

Travis Kalanick—now former CEO of Uber, the Internet ride-hailing service with $50 billion in assets—experienced “the latest Icarus-like plunge of a prominent executive identified with Rand.” Hedge fund manager Edward S. Lampert, seen by many as a purist advocate of Randism, has driven Sears and Kmart “close to bankruptcy.” And Whole Foods founder and CEO John Mackey, who is “an ardent libertarian and admirer of Rand,” was forced to cede control of “his” company. Stewart also cites government leaders who live by Randian principles but are not making much of a positive mark.

To the point of Sightings, with its accent on religion, many counsel that this would be a good moment to appraise why and how so many conservative (and other) Christians could buy into a philosophy which, on its face and all the way down, is opposed to religious faith and, in the Christian case, manifestly contradicts all the stories, counsels, commands, and promises of that faith. Of course, Christians and other kinds of believers do not necessarily expect their faith commitments to offer a neat surface match to all, or any, philosophies. Theologian Paul Tillich pointed out the obvious: that Paul the Apostle and believers through the ages have lived with, even relished, paradox. “Paradox,” however, is not “contradiction.”

Most of the pages of Rand’s long tomes, in their celebration of the individual self as the absolute measure of life, militantly, boldly, and without even a hint of secrecy or subtlety, contradict and undercut the Christian view(s) of the redeemed self. Such contradictions have been interpreted away or glossed over by those Christians who have devoted themselves to Rand’s selfish principles. Yes, this can be a time to revisit these contending creeds and to refresh our language and commitments. A shrug won’t serve or solve anything in the current situation.

Photo Credit: StefanoRR/Wikimedia Commons
Sightings is edited by Brett Colasacco (AB’07, MDiv’10), a doctoral candidate in Religion, Literature, and Visual Culture at the University of Chicago Divinity School. Sign up here to receive Sightings by email twice a week. You can also follow us on Facebook and Twitter.