A veteran's reflection on the meaning of Memorial Day

Any Chicago sports fan knows what it is like to believe in your team with a strong and devoted fervor, only to find yourself disappointed. It is a well-worn story of our beloved teams finding themselves with the advantage on the scoreboard, in their field position, or by some other metric, only to have that advantage inexplicably lost. Every time it is simultaneously both surprising and expected. In a very real but more consequential sense, that same expected surprise can also be found in the lived experiences of members of the military. We believe deeply in the aspirations and ideals of this country. We want it to live up to its best potential. And yet, we are not surprised when, instead of those ideals being realized, we yet again must encounter its deepest failings in the form of mass shootings, police brutality and system racism, misogyny and xenophobia. It is not hard to understand why that disappointment can be harder for veterans to internalize. After all, we are the ones who give, or see friends give, what President Lincoln so appropriately called “the last full measure of devotion.”

Memorial Day is a hard day for many veterans, myself included. While the majority of the country views it as the kick-off to summer, for me it is the end of a month of death anniversaries. In 2009 I spent Memorial Day weekend at Arlington National Cemetery, for my second funeral in as many weeks, laying to rest my 28 year old friend who was killed in a military helicopter crash. While I was there, I stopped to visit another friend who had been killed five years earlier in Iraq. Many more friends have been enshrined in that sacred ground since that day. Their final blanket before forever being lost to the light of the sun is a United States flag. To me, Memorial Day is the end of an annual, month-long, dark night of the soul.

I do not mean to say that people shouldn’t enjoy the long weekend. We as a country are just starting to come out of more than a year of collective trauma. Please spend this holiday enjoying life and seeing friends, if you can. We must celebrate the joy of seeing faces in 3D instead of on a screen, the physical sense of relief when hugging a loved one again, the excitement of once again moving out into the world.

But at that same time, we must hold space for the disappointments and the losses. Half a million fellow Americans are dead from a virus that could have been slowed, had we collectively vowed to do all we could to protect our fellow citizens. As I write this, there have been at least twenty-seven mass shootings in the US since May 1. Acts of hatred against people of color, immigrants and LGBTQ+ people are rampant. To call these a disappointment is a misuse of the word. I am not disappointed in America, I am disheartened. My soul is sick from the pain and hatred I see on the faces of the people whom I swore to defend with my very life. And yet, I am not despondent.

I see the failings of our collective nation, but I also see, as it says in “America the Beautiful”, those “who more than self, their country loved / And mercy more than life.” This does not just apply to veterans, but we veterans have a keen eye for those who offer self-sacrifice to the greater good. These days, we see that love of mercy in the faces of doctors, nurses and hospital staff who go time and time again, once more unto the breach to save the sick and comfort the dying. It is seen in the janitorial staff of schools and retirement homes who work tirelessly to maintain a safe environment for the students and residents in their buildings. It is in all those who do any task, large or small, not only for themselves but as an offering of mercy to save and comfort those around them.

The military taught me that it is amazing what you can do when you don’t have the option of quitting. If we are to finally come close to embodying the ideals upon which this country was founded, then we cannot consider quitting. We must each find it in our hearts to do whatever we can to make our neighborhoods, our city, and our country a place in which we take pride, knowing that even if we fumble the ball on the last play of the game, all the time and effort leading up to that moment will have been spent on that which is right and just. 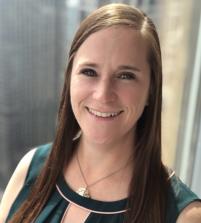 Author, Major Eileen C. Donovan, has been serving for 16 years in the United States Marine Corps, both on active duty  and in the reserves. She has spent most of her time in service flying the CH-46 helicopter and MV-22B tiltrotor aircraft. She is currently an Evening Master's Program student at the Harris school of Public Policy.