All That AIDS Erased 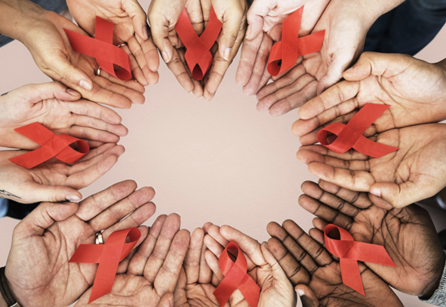 A Conversation with Sarah Schulman and Michael O’Loughlin

As two historians of the AIDS Crisis in the United States, Sarah Schulman and Michael O'Loughlin grapple with how to responsibly attend to the suffering wrought by this disease and an often indifferent society. But they also unsettle the histories traditionally told about AIDS. Whose contributions are championed? Whose voices are erased? And where does religion fit in this story? The Martin Marty Center for the Public Understanding of Religion is pleased to bring this conversation to Swift Hall (and via livestream).

Sarah Schulman is a novelist, playwright, screenwriter, nonfiction writer and AIDS historian. Her 20th book, LET THE RECORD SHOW: A Political History of ACT UP, New York 1987-1993 was published in 2021 and won the Lambda Literary Award, The Publishing Triangle, Award, and the National Association of LGBT Journalists Book Award, and was also nominated for the PEN John Kenneth Galbraith Prize in Nonfiction. She is on the advisory board of Jewish Voice for Peace and is an Endowed Chair in Nonfiction at Northwestern.

Mike is also the national correspondent and an associate editor at America: The Jesuit Review and the author of The Tweetable Pope: A Spiritual Revolution in 140 Characters.

A former staff writer for The Boston Globe and its Catholic site Crux, his work has also appeared in The New York Times, The Atlantic, The Washington Post, Foreign Policy and the Advocate. He has been interviewed by a number of media outlets, including NPR, The BBC, ABC, CBS, Fox News, and MSNBC. He frequently gives talks on a range of Catholic issues, including at the University of Notre Dame, Boston College, and the University of Seattle.