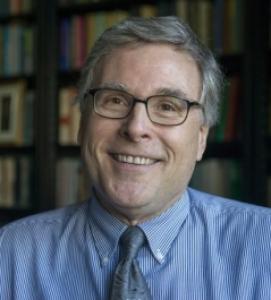 Prof. Schweiker is also the Director of the Enhancing Life Project. The Enhancing Life Project, initially supported with a generous grant from the John Templeton Foundation, explores an essential aspiration of human beings that moves persons and communities into the future. Given the profound expansion of human power through technology as well as advances in genetics, ecology, and other fields, the vulnerability and endangerment as well as the enhancement of life are dominant themes in the global age. In Spring 2021, he oversaw “Medical Practice in the Midst of Global Pandemic: An Enhancing Life Research Laboratory Exploring Distress in the Medical Profession” funded by the Martin Marty Center.

Prof. Schweiker received the 2011 Faculty Award for Excellence in Graduate Teaching and Mentoring

William Schweiker works in the field of theological ethics. His scholarship and teaching engage theological and ethical questions attentive to global dynamics, comparative religious ethics, history of ethics, and hermeneutical philosophy. He is especially known as a visiting professor at universities around the world; he has been deeply involved in collaborative international scholarly projects. His books include Mimetic Reflections: A Study in Hermeneutics, Theology and Ethics (1990); Responsibility and Christian Ethics (1995); Power, Value and Conviction: Theological Ethics in the Postmodern Age (1998); Theological Ethics and Global Dynamics: In the Time of Many Worlds (2004); Religion and the Human Future: An Essay in Theological Humanism (2008, with David E. Klemm); Dust that Breathes: Christian Faith and the New Humanisms (2010); and Religious Ethics: Meaning and Method (2020, with David Clairmont).

Professor Schweiker has published numerous articles and award-winning essays, as well as edited and contributed to ten volumes, including Humanity Before God: Contemporary Faces of Jewish, Christian and Islamic Ethics (2006), Multi-Religious Perspectives on a Global Ethic (2021) and Ethics and Advocacy: Bridges and Boundaries (2022). He was Chief Editor and contributor to A Companion to Religious Ethics (2004), a comprehensive and innovative work in the field of comparative and religious ethics.  He is now Editor-in-Chief contributor to the three-volume Encyclopedia of Religious Ethics (2022). Schweiker’s present research and writing is a book titled Enhancing Life and the Forms of Freedom. Professor Schweiker was awarded in 2014 an Honorary Doctorate from the University of Uppsala in Uppsala, Sweden. He was a Mercator Professor, Universität Heidelberg, Deutsche Forschungsgemeinschaft (2012-2013). He was the 2015–2016 President of the Society of Christian Ethics and the Director of The Enhancing Life Project (2014-2017), supported by the John Templeton Foundation. Schweiker is an ordained minister in the United Methodist Church and theologian in residence at the First United Methodist Church at the Chicago Temple in Chicago.