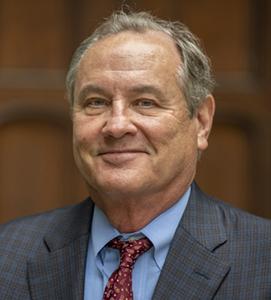 Professor Miller examines the relationship between religion and ethics in a comparative, critical, and constructive way. His research interests include religion and public life, political and social ethics, theory and method in religious thought and ethics, and practical ethics. He is the author of the award-winning  Interpretations of Conflict: Ethics, Pacifism, and the Just-War Tradition (University of Chicago Press, 1991);  Casuistry and Modern Ethics: A Poetics of Practical Reasoning (University of Chicago Press, 1996); Children, Ethics, and Modern Medicine (Indiana University Press, 2003), Terror, Religion, and Liberal Thought  (Columbia University Press, 2010/16), Friends and Other Strangers: Studies in Religion, Ethics, and Culture, and Why Study Religion? (Oxford University Press, 2021).

Miller’s courses include “Contemporary Religious Ethics I & II”, a two-quarter sequence that provides students with a foundational overview of critical works in religious ethics from 1970-present. He also teaches a mini-curriculum of three courses on religion and politics: “Contemporary Political and Social Ethics,” “Religion and Democracy,” and “Rights and Justice.” Other courses include “The Problem of Love in Augustine and Kierkegaard,” “The Ethics of War: Foundational Texts,” “Religion, Ethics, and Medicine,” and “Religion and the Political Order.” A relentlessly self-reflexive teacher, Miller has designed all of his courses with an underlying thesis that situates course readings within a historical and intellectual arc.

With his faculty colleagues in Religious Ethics, Miller has launched a new initiative at the Divinity School— “Minor Classics in Ethics,” focusing on recent essays in moral philosophy, social thought, political theory, and theological ethics that have revitalized forgotten themes or have posed new and complicated questions for religious ethicists to take up.