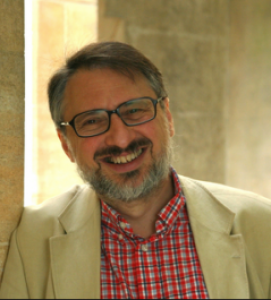 His main research interest is in the art of the Roman empire, broadly conceived to include late antiquity and the early middle ages and including Byzantium as well as the pre-Christian Classical world. His research began by looking at the way art was viewed in antiquity, which led to an interest in all kinds of reception from ritual and pilgrimage in the case of religious art to the literary description of art (including the rhetorical technique known as ekphrasis) to the more recent collecting and display of art as well as its modern historiography and receptions. Since the art of antiquity has such a privileged, indeed canonical, position in our culture, the study of its receptions is an exploration of more recent history's varied, competing and often ideologically charged understandings of its own past.

Prof. Elsner has held visiting attachments at the British School at Rome, the École des Hautes Études en Sciences Sociales in Paris, the Institute for the Humanities at the University of Michigan, UCLA, the Institute of Fine Art in New York and Princeton University. He serves on the editorial boards of a number of Journals around the world and is the joint editor of two monograph series, Greek Culture in the Roman World, with the Cambridge University Press and Ashgate Studies in Pilgrimage. He has been a foreign honorary member of the American Academy of Arts and Sciences since 2009 and was Kosmos Fellow in Globalized Classics at the Humboldt University in Berlin 2015-16. From 2013-2018 Prof. Elsner was Principal Investigator on the Empires of Faith Project between the British Museum and Wolfson College, Oxford, exploring the visual cultures of the world religions in the Mediterranean and Asia between 200 and 800 AD.

In 2019 he was elected to the Max Planck Society, where he is now External Member of the Kunsthistorisches Institut in Florence.