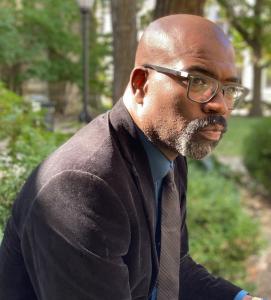 Religions in the Americas

Faculty Associate Professor of American Religions and the History of Christianity; also in the College

Curtis Evans is an historian of American religions. His teaching interests are modern American religion, particularly since the Civil War, race and religion in US history, and slavery and Christianity. His first book, The Burden of Black Religion (Oxford University Press, 2008), was an historical analysis of debates about the role of religion in the lives of African Americans and the origins of the scholarly category of "the black church." His research emphases are interpretations and cultural images of African American religion, examinations of religion as a force for and obstacle to social and political reform, and the question of how social problems become defined and addressed as moral problems at particular historical moments. His published essays have appeared in the Journal of the American Academy of Religion, Church History, Journal of Southern Religion, and Religion and American Culture. His current work, A Theology of Brotherhood: The Federal Council of Churches and the Problem of Race (forthcoming) brings together a number of his research interests: the FCC’s attempt at social and racial change from the 1920s to the 1940s, the evolution of theological reflections on race, and the concrete and particular circumstances that shape historical actors as they wrestle with the constraints of their social worlds. This narrative is a critical historical evaluation of the FCC’s interracial work as a predominantly white Protestant and ecumenical organization, but also a reflection on the factors that illuminate the prominence of a certain strand of Protestantism in American public life in the early 20th century.