What is Religious Appropriation and Why Does it Matter?

Accusations of cultural appropriation are increasingly common. But as a religious ethicist, I am not sure that is a good thing.

Accusations of cultural appropriation are increasingly common. But as a religious ethicist, I am not sure that is a good thing.

Don’t get me wrong: I am all for identifying ethically problematic forms of cultural theft. And yet, I am concerned that the use of the term “cultural appropriation” is imprecise. At times, these accusations presuppose ultra-reactionary ideas about racial and cultural purity or assume strict borders exist between cultures when that is rarely the case. And as a scholar of religion, I can’t help noticing that cases of appropriation of religion often fly under the radar. In fact, the same people who are quick to call out cases of cultural borrowing as exploiting marginalized communities refuse to recognize that religious communities can also be exploited when others adopt their practices in the name of politics, education, or well-being. In my recent book, Stealing My Religion, I address a wide range of questions about religious appropriation. But in this post, I'd like to focus specifically on one question: is religious appropriation unharmful, or just harmful in a different way?

Let’s start by drawing a distinction between religious borrowing and religious appropriation. Religious borrowing occurs whenever individuals adopt religious practices without committing to religious doctrines, ethical values, systems of authority, or institutions. This can be morally neutral. If a non-Buddhist practices meditation through an app on their phone, this likely wouldn’t bother most Buddhists, though many would insist that this is only the tip of the iceberg of what meditation means in a Buddhist context. Religious communities might even welcome borrowings, particularly if they see them as a step towards conversion. Religious appropriation, in contrast, is a particular type of borrowing that causes a harm or offense because it exacerbates some form of injustice. Intention is not what distinguishes between the two. Instead, whether borrowing becomes appropriation depends on existing forms of structural injustice, to use a term by the late University of Chicago political theorist Iris Marion Young. Determining which type of borrowing we are dealing with involves figuring out what forms of inequity, marginalization, imperialism, and even violence the borrowing might reinforce, even if unbeknownst to the one doing the borrowing.

Is it a coincidence that many of the practices commodified are from eastern religions, or is orientalism or even Christian hegemony at play? Could white supremacy be a reason so many white folks feel entitled to adopt religious practices associated with communities of color? What hierarchies does the insistence that a spiritual practice is “more correct” when not embedded in a community of belief depend on? These are the sorts of questions we should be asking to determine if and how a specific form of borrowing has resulted in some harm. But instead, many assume there are no victims of religious appropriation, or at least no victims that have a legitimate claim.

In part this is because so many religions have histories of exploiting others, which makes it hard to see them as victims of the harm of appropriation. One example is the 2018 Met Gala, during which celebrities dressed up in Catholic inspired couture to walk the red carpet for a fundraising event for the Metropolitan Museum of Art. When some Catholics complained on social media that this was akin to using their religion as a costume, they were drowned out by high-profile cultural critics and fashion reporters who argued borrowing Catholic aesthetics couldn’t be appropriation because the Roman Catholic Church has been an imperial force in the world for much of its history.

But a Catholic institutional history of forced conversion, land seizures, and even violence against Indigenous people doesn’t mean that lay Catholics can’t be discriminated against. Religious practitioners are not immune from exploitation just because their religion has been associated with unjust institutions or leaders.

Certainly, some groups, such as religious minorities, are more likely to experience harm when their practices are borrowed. And in my book, when trying to determine if a harm has been caused, I focus on concerns raised by individuals already marginalized within a religious community—such as female and Black practitioners. This allows me to respect the diversity within religious communities while also investigating claims of harm made by the most vulnerable.

The severity of the harm caused by religious appropriation also varies, and I have adopted the concept of profound offense from American philosopher Joel Feinberg to describe the most egregious cases. In his work on criminal law, Feinberg distinguishes “harm” from “offense.” He defines harm as a setback to someone’s interests, while an offense does more insofar as it affects one’s state of mind, making one feel disgusted, outraged, or appalled. Feinberg further distinguishes a minor offense from a profound offense. A minor offense is an affront to one’s senses or one’s lower sensibilities. It is a nuisance. A profound offense, in contrast, is more egregious. It is, in Feinberg’s words, “shattering.” Actions that are profoundly offensive do more than put one in an unpleasant state of mind. They are an affront to one’s core values and sense of self. Feinberg names voyeurism, desecration of venerated symbols, and mistreatment of a corpse as profoundly offensive.

Let’s think about the potential for causing a profound offense when borrowing the religious practices of others. Religious practices do a lot of things for religious practitioners. They can be part of rituals. They can build group intimacy. They can orient the mundane world to the divine. But they can also be the very foundation of how an individual sees themselves, the world, and the very meaning of life. Put simply, practices are not just beliefs operationalized, they are the very mechanism that can create belief. So rather than harmless, religious appropriations that belittle or corrupt a practice can shatter someone’s core sense of values and self. That would not only be harmful, but also profoundly offensive.

And here’s the challenge: most of us borrow religion of others. I know I have. I am part of the 29 percent of American who identify as religiously unaffiliated. And yet I practice yoga. I lead a study abroad program where students engage in pilgrimage. I have worn religious clothing during fieldwork. Some of my borrowings have been appropriative. Reflecting on them now, I think some might have even been profoundly offensive.

There are no quick fixes to the ethical dilemmas of religious appropriation, but an important first step is to acknowledge our borrowings of the religion interact with systems of injustice to create harms we don’t intend. The process of identifying and then sitting with the discomfort of this fact is a hallmark of ethical learning. It can inspire us to consider how we might change our behavior to mitigate the harms we cause to others. 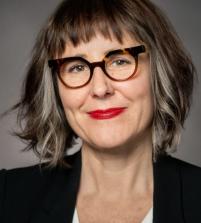 Liz Bucar is Professor of Religion, Dean’s Leadership Fellow, and Director of Sacred Writes at Northeastern University. An expert in comparative religious ethics, Bucar is the author of four books and two edited collections, including the award-winning trade book, Pious Fashion: How Muslim Women Dress (Harvard, 2017) and Stealing My Religion: Not Just Any Cultural Appropriation (Harvard, 2022). Her public scholarship includes bylines in The Atlantic, The Los Angeles Times, and Teen Vogue, as well as several radio and podcast interviews. She has a PhD in religious ethics from the University of Chicago Divinity School.

See All Articles by Liz Bucar