Water is essential to biotic existence, and it is not a value-free substance, even as the availability of fresh, clean water is often taken for granted in the United States

Water is essential to biotic existence, and it is not a value-free substance, even as the availability of fresh, clean water is often taken for granted in the United States. In other parts of the world, billions of people lack potable water; their lives are constrained by its absence.

Fresh water is also a necessary resource for generating economic wealth and political power; corporations and governments contend over water in many regions of the world.

Who owns water, allocates it, manages it, receives it—in what ways and for what reasons? These are political, economic, and ethical questions.

Structurally entrenched patterns of privilege and injustice—such as access to fresh water—require action on many levels of scale and with the input of variegated forms of situated, moral creativity. In the twenty-first century, such issues of political ecology should interface productively with religious ethics.

Consider water: Should it be understood primarily as an economic commodity or as a fundamental human right? Fresh water is not like most other environmental goods or services. It is sine qua non (fundamental to ecosystemic and human existence) and sui generis (there is no substitute).

These features are universal but are not uniform. Yet for a range of reasons it took the United Nations General Assembly until 2010 to affirm a fundamental human right to water.

Given the U.N.’s rather recent endorsement, it surprises many observers that the Catholic Church has taken a moral position on this issue since at least 2003—insisting, in no uncertain terms, that fresh water is a unique and essential substance for human life; that it is a gift from God; and that therefore access to fresh water should be considered a fundamental human right.

In fact, the hierarchical magisterium has even referred to fresh water as a “right to life” issue, which is no small claim in the pelvically-focused United States. How might this insight resonate with environmental justice movements in the twenty-first century, in and beyond the pews?

Like many U.S. municipalities, the city of Detroit has significant segregation between relatively affluent (often white) middle-class suburban families and downtown residents with compressed earnings—many of whom are African-American, some of whom are unemployed.

During the summer of 2014, attempting to limit economic losses as part of the city’s bankruptcy management, Detroit Water and Sewerage District (DWSD) began shutting off water supply to accountholders in arrears, ranging from corporate clients to individual homeowners.

Implementation was uneven. Stories trickled out of people—some elderly, some homebound, many living below the poverty line—whose water had been cut off without an apparent appeals process.

National outcry by local water justice advocates attracted international attention, leading to a public condemnation by the U.N. special rapporteur on water and sanitation. Discrimination charges were filed by legal aid organizations on the grounds that the shutoffs disproportionately and unfairly affect African-American residents.

Detroit's arrangements of political economy, urban infrastructure governance, and structural racism converged to privilege certain human bodies over others and reveal that problems of environmental (in)justice exist right in the backyard of middle America.

These contests over water resonate globally with patterns of privilege and disenfranchisement in global political economy, even while specific cases vary. Ethical reasoning and prudent, justice-oriented norms for action in this planetary context can benefit from the engagement of religious communities and moral traditions.

The Catholic Church’s global, public endorsement of the right to water is but one example. There are many others.

One compelling and recent example comes from Islamic Relief U.S.A., which along with the Michigan Muslim Community Council donated $100,000 to defray water bill payments for impoverished Detroit residents. “It is important to us in our faith to help our neighbors,” said the CEO of Islamic Relief USA in January 2015.

To be sure, religious cosmologies or moral principles will not save the planet on their own. But they are crucial, often vibrant repositories of values and practices that might just help to make the world a more just, sustainable place—one municipality or human right at a time.

To learn more about the stance of the Roman Catholic Church on the issue of water, see, for example, the Compendium of the Social Doctrine of the Church (2004), chapter 10. 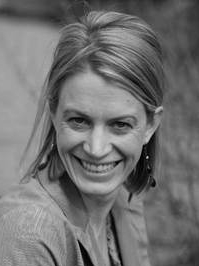 Author, Christiana Z. Peppard, (Ph.D. Yale University) is Assistant Professor of Theology, Science, and Ethics at Fordham University. Her research focuses on ethical analysis of modes of valuing fresh water in an era of economic globalization and climate change, and on the construction and deployment of the concepts of nature and of human nature. She is the author of Just Water: Theology, Ethics, and the Global Water Crisis (Orbis Books, 2014). Peppard is also a Fordham University Public Voices Fellow and her work has appeared in TED-Ed, CNN.com, Microsoft's Global Innovators in Education blog, the History Channel, and the Washington Post. @profpeppard