Time in Coronatide: Why We’re Not Actually Living in Groundhog Day

These past two months of self-isolation and physical distancing have, at least according to some very online voices, resulted in a qualitative alteration of how we experience time. As its Twitter nickname would imply, this ‘Coronatide’ has taken on an almost liturgical quality, reshaping our daily lives according to its own dictates (personal whim be damned). We’re on the virus’s timeline now.

The liturgical calendar normally organizes time around the special value of certain dates, such as Easter Sunday, the celebration of which was disrupted this year by COVID-19. Coronatide’s timeline, however, operates by robbing each day of any special importance, since every quarantined block on the calendar seems just as meaningless as the next. While some members of the clergy have taken this as an invitation to punctuate the days with new podcasts on Mary or Triduum livestreams, the obvious comparison for many remains Bill Murray in Groundhog Day, doomed to live the same day over and over.

And yet repeatedly performing similar actions on subsequent days is not quite identical to reliving the very same day. What the superficial Groundhog Day comparison strains to articulate is probably closer to something like a diminishing sense of the past and (much more so) of the future, as if we were living in an ongoing present. This sentiment can be found with increasing frequency in venues like The Atlantic, The New Yorker, and (again) Twitter.

To some, like New Yorker food correspondent Helen Rosner, this “infinite present” offers “intensely soothing” comfort to the self-isolated. No past or future means no worries. To others, like New York Times columnist David Brooks, it’s a season of opportunity. No longer flowing “like a river,” time is now packaged up for us in a “discrete box.” Inside that box is a “permission slip” that graduating college students (many of whom are watching their lives fall apart before their eyes) can cash in by listening to Bach or reading Kierkegaard.

This Coronatide presentism shades into the much longer-lived trend of selling momentariness as a cure-all for the anxieties plaguing our society. While ‘living in the moment’ has had its share of philosophical defenders (going back at least to the Stoics), its most vocal proponents in the twenty-first century are celebrities like Kanye West or Ivanka Trump, who even quotes directly from Marcus Aurelius’ Meditations. “Be here now,” Kanye tweeted, “Embrace every moment for its greatness. This is life. This is the greatest movie we will ever see.” Or as Marcus himself put it: “Bear in mind that everyone lives only this present time.”

While Kanye’s point is frustrated by the fact that movies rely upon non-momentary factors like the dynamic movement of the camera or the audience’s expectations, the idea that we can take life frame by frame retains its appeal. Even in the recent Michael Jordan documentary, The Last Dance, author Mark Vancil (who ghostwrote Jordan’s book) lauds No. 23 for blocking out the past and future in order to isolate the moment. “If you ask me what I’m going to be doing in five years, I can’t tell you,” Jordan once remarked, “I know what I’m doing moment to moment, but I have no idea what’s ahead.”

What was a virtue on the court may have been a vice off of the court. Even as the Bulls were celebrating their sixth championship ring in 1998, they joked about ‘enjoying the moment’ not just that night, but all the way until next October, when a new NBA season would begin. The joke was that their scheming General Manager Jerry Krause had created so much uncertainty about whether the team would be coming back that it had become impossible to plan for the future. It may have even threatened Jordan’s vaunted ability to operate purely in the present.

The end of The Last Dance leaves us with the feeling that there’s a darker side to living in the moment. Abandoning Kanye’s cinematic comparison for more musical language, art critic Jerry Saltz calls this gloomier momentariness ‘staccato time.’ Detaching from the past and the future goes disturbingly well, it turns out, with detachment from other human beings. Even when we venture outside of our homes during Coronatide, according to Saltz, life comes haltingly, punctuated by each cough as a potential death knell.

Despite their differences, Brooks’s season of opportunity and Saltz’s staccato anxiety both speak to the experience of those who have the option of staying home to read Kierkegaard or leaving home to enjoy curbside pickup at the grocery store. Neither option would, of course, be possible if not for the labor of those who have no choice but to work even during Coronatide. ‘Be here now’ might be a fun bit of self-help for someone stuck at home baking sourdough or cultivating a garden, but it’s not terribly useful for the workers lifting bags of flour or fertilizer into the back of someone’s car.

In her Atlantic piece on Groundhog Day, Megan Garber already attributed this tunnel-vision of the commentariat to “privilege.” While it’s undoubtedly true that figures like Brooks and Saltz share a certain socioeconomic privilege, the underlying question of time upon which they stumble is a bit more complicated. The issue isn’t simply that privileged commentators write out-of-touch screeds during a public health crisis (though they indeed do just that). What matters is that the question of whether or not we should ‘live in the present’ is actually a weighty one with real-world consequences.

For Marcus Aurelius and his modern-day supporters over at the Daily Stoic, the only solution is to embrace the present at the expense of the past and the future. Perhaps we can sense a similar sentiment in the recent work of Martin Hägglund, though he’s more socialist than Stoic. Still, he emphasizes the need for us to attend more closely to the ‘here and now,’ banishing from our minds the thought of anything timeless. This is what leads him ultimately to reject the approach to time found in Augustine’s Confessions. While he’s sympathetic to the careful critique of the present in Book 11 of that work, he rejects Augustine’s ultimate appeal to an eternity beyond time. But what Hägglund risks losing out on here is the possibility that Augustine, for whom ‘the present time’ turned out to be non-existent, can serve as a needed corrective to the celeb-Stoicism cluttering the Twitter feeds of Ivanka and Kanye.

As Augustine writes in City of God (13.11), “the present is sought in the course of times but is not found.” We might want a privileged moment in which to take a seat and enjoy the cinematic structure of our own life, but seldom do we get what we want. What we need, moreover, is a way of living in time that remains open to the messiness of the past and the sublimity of the future, refusing to seal itself off in some illusory vision of the here and now.

Back in 2016, long before Coronatide, Ruth Whippman wrote an op-ed for The New York Times titled “Actually, Let’s Not Be in the Moment.” There, she argued that present-mindedness is little more than a product to be bought and sold. This is not a metaphor. Momentary ‘mindfulness’ is sold by Microsoft and bought by public schools, often with funds that should be going to new textbooks or lunch programs. It is then repackaged for the consumption of the children of those workers who are loading bags of flour and fertilizer into the back of someone’s car.

If ordinary momentariness is already a Microsoft product, Coronatide momentariness is a mutation of the Silicon Valley sales pitch, now geared to readers of The Atlantic and The New Yorker (an audience that seems bigger online that it is in reality). Yet, as Whippman pointed out four years ago, social crises demand social solutions. Mindfulness programs in schools don’t feed kids. Likewise, ‘living in the moment’ cannot be the solution to the problems facing us now and in the future, which will arrive shortly and without any staccato breaks. 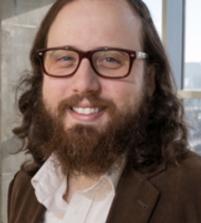 Author, Sean Hannan (PhD’16), is an Assistant Professor in the Humanities at MacEwan University in Edmonton, Alberta, Canada. Most recently, he is the author of On Time, Change, History, and Conversion (London: Bloomsbury, 2020). His articles can also be found in Augustinian Studies and the Journal of Early Christian Studies.

See All Articles by Sean Hannan