A Theology of Popular Music, Arts and Culture

One of the greatest achievements in terms of the expressive culture of modernity is popular music. Much of the music of the ’60s, ’70s, and ’80s (social protest/soul, funk, reggae, rock, rap and punk) was made by young musicians (Jimi Hendrix, Nina Simone, John Lennon, Bob Marley, Carole King), people who were using their music to respond to world challenges—and engaging transformative ideas.

Music was their combined cultural and social voice. These were people who had a vested interest in, at least on the surface and on stage, what was going on in the world. “What’s Going On” becomes a kind of banner song.

Folk music—the blues, for instance—is the merging of powerful sacred/secular music that means “pure human individual expression” of common everyday folks, shared in and among groups of people who have similar world-views. And this shows, if only in the meeting of heart and mind through a phrase, lyric, or beat. These should be thought of as languages, specific individual forms that speak through music, to stand in for and represent authentic human impulses, feelings, and ideas. There is still an important contemporary relevance here.

Younger people, or first-time hearers of the blues, for instance, might not feel this in the music, but when they hear about the stories and experience the older men and women who talk about the music like it’s a deeper worldview, this really connects. If we look back at history, the singers spoke publicly on matters that “invited others in.” Music is not an exclusive language; it is poetry, which invites reflection.

Listen with a spiritual ear the sermon of B.B. King, “Everybody Wants to Know, Why I Sing The Blues.” This song has joy- groove- shout truth. It is popular reflective prayer music, naming the idea, affirming the need, calling for healing in community and saying it's an existential claim of living truth. It's good news proclaimed, “I just love to sing my blues,” because it proclaims in joy, and it celebrates too the human condition despite repeated challenges. It's a faith-stance about endurance and truth.

"...I look in the mirror everyday
And let it tell me the truth...
I'm singing the blues
Mm, I just have to sing the blues
I've been around a long time
Yes, yes, I've really paid some dues..."

This song for me is a griot prayer song, and one of the best examples of a contemporary blues song of relevancy. Nobody needs censorship, but artists always have “good sense.” Songs are craft driven—that’s why they stand for, represent, and mean things.

The church was always the place where the ideas, the thinking, and the actions in and of our society were cultivated, nurtured, and heard. The church today is dead right in the center of its big modern challenge of becoming culturally relevant again in modern America. It must be relevant and radical—not reactionary, but responsive and real.

It makes sense to regularly tap into the resources of spiritually empowered women and men who are committed and provide effective programs and services in the neighborhoods and cities we live in. The critical players in Biblical narratives were tax, legal, political, and teaching figures, and magistrates who were actively prepared professionals and who had access.

Too many mainstream churches seem less connected and committed to substantive actions in our society related to impacting the daily world we live in. Yet these are the most relevant models for engaging the very spirit and center of communal and civic focused issues that all around touch and affect people’s lives.

In short, the church’s critical cultural voice today is muted, and its prophetic function is dormant in terms of mainstream activism. The best example of this was the very active work of the civil rights era, where we saw committed active communities working at every level to change our society. That's still an arresting model to study today.

Building community partnerships and giving people agency and spiritual depth and caring for one another down here, and taking care of our planet seems more in tune with hearing the voice of the Divine command which is again everyday revelatory, not reactionary.

Many artists think of their art, song, poetry as, their “religion,” their way of talking through the spirit to the soul of mankind, the universe—quest for meaning, which gives us a glimpse into the best, the worst and the truth of what we are—therefore tying us back to our source, spirit, our God/ source, our peace. And if you follow this type of inquiry, you tend to think and hear culture differently, you act differently.

Art is defined as the use of your mind and imagination to create objects of beauty. Nell Irvin Painter, professor of American history, wrote that art is important because it contains things that are of value. If one believes that beauty is created by God, that beauty is where s/he lives, surrounding one’s life and thinking with the pursuit of beauty, meaning and value, one moves closer to God-pursuing lives.

This is, in short, a theology of music, arts and culture.

For a live recording of B. B. King singing “Why I Sing the Blues” (1974), visit YouTube.com: https://www.youtube.com/watch?v=UOnzDKvn7YI.

Booker, Vaughn. “‘An Authentic Record of My Race’: Exploring the Popular Narratives of African American Religion in the Music of Duke Ellington.” Religion & American Culture: A Journal of Interpretation 25:1 (Winter 2015). 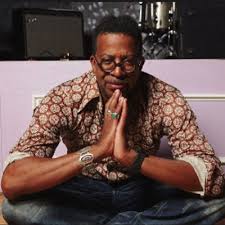 Author, William C. Banfield, is professor of Africana Studies/Music and Society at Berklee College of Music. A composer, jazz guitarist, and recording artist, he was selected by the Quincy Jones Foundation to lead a national team to write a new American Popular Music curriculum. He is the author of Musical Landscapes in Color: Conversations with Black American Composers (Scarecrow Press, 2003), Cultural Codes: Making of a Black Music Philosophy (Scarecrow Press, 2009) and Representing Black Music Culture: Then, Now, and When Again? (Scarecrow Press, 2011). @accbillbanfield