Our country cannot afford to wait for a miracle. The music of Jean Sibelius teaches us what the alternatives might look like.

At the start of his book on Mahler, Adorno insists that music “promises that which is different,” meant in a distinctive sense. The dramatic transition to D Major in Mahler’s First Symphony is, Adorno says, the musical arrival of exactly that “something”: a “breakthrough,” a “rupture” “intervening from the outside,” a jolt to music which otherwise would have remained within dreary D Minor. This highly messianic reading of Mahler encapsulates both a major Adornian theme (his radical hope that “things should be different”), and, I think, a common political sentiment.

Last Wednesday night, as the joint session of Congress resumed its business after being interrupted by an invasion of the Capitol Building, Chris Hayes (among others) had a moment of shock at the “decrepit proceduralism” which answered that invasion. With some justification: all “speechifying” aside, the concrete effect of the day’s events upon the proceedings was a delay of some six hours and fewer Republicans than expected (albeit still a majority of their House caucus) voting to throw out election results from Arizona and Pennsylvania. The session ended roughly as had been predicted the morning beforehand, as if even an insurrection “ginned up” by a unchecked President couldn’t significantly alter the script. Hayes’ shock reflects a seesaw between conviction that something needs to change, and despair that nothing seems capable of changing.

To the extent that such shock settles into widespread sentiment, it is often a religious sentiment (even if one reflected in conduct rather than explicit confession). Very often it is the kind of messianism reflected in Adorno’s Mahler: that things have become so hopeless that only an unknown and unprecedented “breakthrough,” alien to our world, could change anything. Indeed, such a practical messianism presumes there is no messiah in the world. No mundane solutions to our problems seem sufficient, as the more we search for the right answer and the perfect tactic, the more we find our options imperfect or untrustworthy or untimely or open to reproach. If we distrust the immanent and if the “different” must come from outside, then our choices remain limited to waiting, to expressing endless impotent outrage, to making extreme gestures with little plan (hopelessly hoping to immanentize that eschaton). But there might be an alternative to Adorno’s Mahler, and thus an alternative political messianism.

Sibelius’ late symphonies are remarkable in their ability to surprise via what we have already heard. E.g., if the “swan theme” of the last movement of his Fifth can be as shocking as anything in Mahler’s First, still it is nothing alien: with closer listening one finds that this theme is present for the entire symphony, in quiet hints in the background and in the bass. Sibelius’ surprise is less a “rupture” than a radical reorganization of material that was already there, and this capacity to find novelty by way of transformation is central to all of his last symphonies. They chop themselves apart and then reconfigure and evolve, as if Sibelius had been taking cues from the Bomb Squad. They give us not something new, but the old made new.

This is especially evident in his final Symphony No. 7 in C Major, a work initially unable to even reach its own declared key. For C Major, as a key, isn’t just a collection of notes but a set of relationships established by the right contrasts, principally the G Major and C Major chords. (E.g., Mozart’s Jupiter Symphony settles its key in the first few measures just by contrasting those two chords.) With Sibelius’ last symphony, it isn’t just that he delays establishing the key of C Major (Haydn’s 97th and Beethoven’s First already managed that), but that the piece is evidently incapable of establishing it at all. The ambiguous climb through the white keys which opens Sibelius' Seventh might well have landed on G Major (and then a cadence on C Major); it instead lands on A-Flat Minor, impossibly distant from the key we want. This very first chord structurally breaks the piece, so that from there onwards it is unable to secure itself. The whole work then becomes an impossible search for some way, just once, to establish C Major. If the symphony does end with the work’s one and only convincing cadence in that key, the important thing to notice is how.

It comes close far earlier. Minutes in, the strings begin a kind of chorale soon taken up by the rest of the orchestra, lyrically hunting for that cadence it cannot remember how to reach. Minutes later it does indeed finally reach G Major, then C Major, but without effect: right in the middle of the texture and seeming to have come out of nowhere is, of all things, a solo trombone holding onto the wrong note, which spoils the cadence. And this untimely trombone theme, which begins there and floats among the white keys until it is near-inaudible, turns out to be the heart of the whole work: it is what temporarily pulls things back when they fly out of control (e.g., here), and the source of much of the symphony’s other themes. And, crucially, all of the basic elements of the G-Major/C-Major contrast are to be found within it. They appear at the wrong times and in the wrong ways, yet they remain nevertheless.

What’s more, the ending can seem unsettlingly abrupt: many conductors will insert a crescendo and fermata into the final notes, as if Sibelius somehow forgot to make the ending dramatic. Yet the anti-drama is the point. The final thirty seconds of the piece consists in different elements of that trombone theme played all at once, dispersed throughout the orchestra and stacked on top of one another (e.g., a B to C taken from the very end of the theme jutting in during the final two measures). The final five minutes of the piece amount to the fragmentation and reconstruction of the symphony’s major content, with the trombone theme above all being broken apart and jerry-rigged back together into that one untimely cadence. Thus the late arrival of C Major in Sibelius' Seventh is not supposed to be a grand triumph, and it should not sound that way. It is merely the symphony’s own makeshift solution to its problem, produced via the undramatic hard work of transforming musical resources that cannot reach C Major into ones that can: no rupture or breakthrough, merely the constitution of “something different” within the world already given.

And this musical alternative reflects a real one. If one has occasion to speak with those wise in their fields, one finds that we really do have solutions, or at least the resources for solutions, for all of the myriad intractable ecological, educational, economic, political (etc.) crises in front of us. They are not unobjectionable or free, but (per Bill Nye) nothing’s free, and we ought not expect messiahs with an air of self-evidence and no controversy. If our options often seem limited to carrying on (so as not to offend) or making enraged gestures —with hope retained only for a “breakthrough”—Sibelius’ Seventh suggests otherwise. The messiahs we need may already be present and hidden in the world, there to be found if we look for them with sufficient wisdom and charity. Instead of holding our breath, our hope for “something different” can well be realized in the hard and unglamorous work of reorganizing what is given. 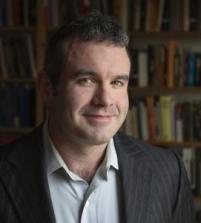 Author, Scott Ferguson (PhD’20), is a recent graduate in Philosophy of Religion. His research focuses on Kant and the practical presuppositions of rational theology.

See All Articles by Scott Ferguson