As Sen. Raphael Warnock seeks reelection this year in Georgia, the Baptist minister might find a key group working against him—fellow pastors.

As Sen. Raphael Warnock seeks reelection this year in Georgia, the Baptist minister might find a key group working against him—fellow pastors. Some of this opposition—like at First Baptist Church in Atlanta—is coming from sanctuaries that opposed the agenda of Warnock’s predecessor at Ebenezer Baptist Church, Martin Luther King Jr.

Herschel Walker, the leading Republican to challenge Warnock, is making campaign stops during Sunday services of predominantly white megachurches. A generation ago, First Baptist Atlanta opposed Black students who attempted to desegregate its worship. Now the church again fights the efforts of another Baptist minister in town who pushes an agenda of justice and equality. To quote William Faulkner, “The past is never dead. It’s not even past.” By considering how churches utilize contemporary politics to narrate American history and their own role within it, we can recognize how Walker’s church appearances advance more than just his candidacy.

In January, Walker spoke at Free Chapel in Gainesville, the congregation led by former Trump evangelical advisor Jentezen Franklin. In late February, Walker spoke during a worship service at First Baptist Atlanta. And in March, he spoke at Sugar Hill Baptist Church, where he made controversial comments questioning evolution. In each sanctuary, the pastors interviewed Walker on stage and offered their support for his candidacy in ways that appear to violate IRS rules prohibiting 501(c)3 tax-exempt nonprofits from engaging in partisan campaign activity.

As a Baptist minister with a Ph.D. in political communication, I’ve studied this type of campaign rhetoric in churches that often flies under the media radar despite its potency. This part of Walker’s Senate run has thus far eluded media coverage, other than his remark about apes at Sugar Hill. Yet, such moments not only provide a friendly forum for addressing voters but also help baptize partisan campaigns as holy movements. For instance, the pastor of Sugar Hill told his congregation during the March 13 conversation with Walker that he “loves” Walker and that going to vote was “not about politics, it’s about faith” to “lay claim to what God has intended for this country to be.” To vote for Walker is now a Christian responsibility.

But these campaign services can also help advance the political agendas of the congregations. Anthony George, senior pastor at First Baptist Atlanta, enlisted Walker as an ally for whitewashing history. George acknowledged that “our nation has deep and dark stains on the past” but added that “we’ve come a long way” and “we’re hearing philosophies today that seem to be building into us more reasons to be divided.” He then asked Walker, “How do you see us getting back to not loving each other because of our skin color but because we’re all made in the image of God?” Walker talked about “togetherness” and urged congregants to “be warriors” and “speak the truth” even if they get called “a racist.”

George’s leading question revealed his agenda as he hoped a Black conservative could help First Baptist avoid wrestling with its own moral failings. In George’s interpretation, racism is a thing of the past and the real problem today is people who talk about the ongoing legacy of systemic racism. He’s right to note that progress has occurred, but it came despite the opposition of congregations like his that fought desegregation and now want to cover up that racist history.

At the risk of being accused of practicing critical race theory—one of those “philosophies” George was likely complaining about—let’s recall what occurred at First Baptist in 1963 (and thus within Walker’s lifetime). While the civil rights strategy of sit-ins at lunch tables is often remembered today, some activists tried a similar strategy to desegregate southern churches by attempting to sit in sanctuaries during Sunday services. One of the first significant “kneel-in” campaigns came at First Baptist just after Easter and after King’s release from jail in Birmingham. Several Black students from Morehouse College went, though most were quickly escorted out (and one physically dragged out).

The media coverage inspired more people to go, leading to several Sundays of groups of Black and white visitors. One visiting white minister was even charged, convicted, and imprisoned for disturbing worship as he called out to people to come “worship a segregated God in a segregated church.” The ordeal led King to write in Ebony about the “callousness of this congregation and its pastor” as he used First Baptist as a key example of what he called an “un-Christian Christian.”

One of the Morehouse students who led the desegregation effort at First Baptist was Amos Brown. Today he’s the minister at Third Baptist Church in San Francisco, the home congregation of Vice President Kamala Harris.

While George wants to insist that First Baptist values racial diversity today, he too quickly allows progress to numb him from working to address historical but ongoing systemic racism. First Baptist once used the law to fight a political movement for equality. Now they break a law to advance a political campaign that reinforces their own standing. The IRS won’t actually penalize First Baptist for fumbling the ball by transforming its worship service into a Walker campaign rally, but we shouldn’t ignore such moments or pretend Walker just gave a religious “testimony.”

This behavior echoes issues King asked from a Birmingham jail in 1963 as he condemned pastors of segregated churches who hide “behind the anesthetizing security of stained-glass windows.” He added, “I have looked at the South’s beautiful churches with their lofty spires pointing heavenward. I have beheld the impressive outlines of her massive religious education buildings. Over and over I have found myself asking: ‘What kind of people worship here? Who is their God?’”

Who’s allowed to sit in the pews might have changed, but the theology and politics from the pulpit has not. 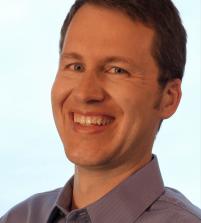 Brian Kaylor, a Baptist minister with a Ph.D. in political communication, is president of Word&Way. He writes about faith and politics at publicwitness.wordandway.org and on Twitter: @BrianKaylor.

See All Articles by Brian Kaylor