Facebook has come&nbsp;under fire of late for its actions (or inaction) surrounding Russian interference in the 2016 U.S 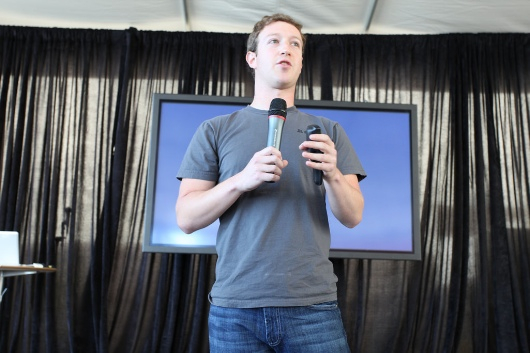 Facebook has come under fire of late for its actions (or inaction) surrounding Russian interference in the 2016 U.S. presidential election. But the problems with the social media network, and other platforms like it, run much deeper.

Indeed, Sean Parker, founding president of Facebook, recently came out with some harsh words regarding the social media platform: “God only knows what it’s doing to our children’s brains.” Parker is not alone in this sentiment. Several other Silicon Valley technology leaders have recently criticized the adverse impact that Facebook has on society. Chamath Palihapitiya, another former Facebook executive, has suggested that social media is destroying how society works, and Apple’s CEO, Tim Cook, has publicly stated that he does not want his young nephew to use social networks. It would seem that Parker’s ominous words are prophetic God only knows what Facebook is doing to us.

Religion may offer an important explanation as to why this social media platform is so problematic both for society and for individual well-being. Human depravity, original sin, and concupiscence are perennial themes, for example, within the discipline of Christian theology. Augustine and Martin Luther are known for describing the human condition as incurvatus in se (“curved inward on oneself”). Rather than living a life that is aligned toward God and others, human sinfulness directs our life inward, toward self-justification, self-gratification, and self-aggrandizement. The notion that sin has warped, twisted, maimed, and ruined human goodness is as ubiquitous in theology as Facebook is in modern life.

The burgeoning field of user experience design (UX), when put in conversation with the theological notion of human depravity, helps to put the problematic nature of social media into sharp relief. A central concern within UX is user-centered design. As the name suggests, user-centered design advocates for designing with end users in mind. That is to say, technology is designed to acknowledge and accommodate the needs and wants of the user, as designers seek to maximize user experience by creating products that are built around the user’s desires. User research is responsible for nearly all the design decisions at Facebook. In fact, there is an entire department at Facebook dedicated to Human Computer Interaction and UX. Teams of people at Facebook are thus dedicated to researching, and finding ways to capitalize on, the individual behaviors, thoughts, and impulses of users.

Donald Norman, a formative figure in user-centered design, has recognized how designers actually aim to facilitate human sinfulness through that which they design. In the foreword to a book by Chris Nodder, Evil by Design: Interaction Design to Lead Us into Temptation, Norman writes: “But why should design be based on evil? Simple: Starting with evil means starting with real human behavior … And good design results from good understanding.” Norman’s point is rather simple: good design understands users, and it must therefore also consider the depravity of users.

This means that, according to user-centered design, human sinfulness ought to be accounted for and perhaps even exploited when creating products for the digital age. According to Nodder, designers must ask themselves the question: “how do we influence behavior through the medium of software?”

Theology recognizes that human hearts are curved inward, inclined to boast, and always looking for opportunities to prove their own self-righteousness. Human-computer interaction, UX, and user-centered design recognize that social media platforms should be designed to meet the wants and needs of real human users. Putting these two concepts in conversation with one another reveals why Facebook can be so dangerous. Facebook’s technology is designed to accommodate, encourage, and exploit human depravity. The “Like” button on Facebook is not there by chance; the “Like” button was created to satisfy our deep longing to be liked by others, lauded for our accomplishments, and acknowledged for our righteousness.

This digital leviathan has more than two billion active users. Its tentacles reach out and touch everything—industrialized and developing nations, offices and bedrooms, children and elderly, democracy and privacy. God only knows what Facebook will do to us in the future. Yet we know enough already to approach this technology with the awareness that it has been designed according to our sin.

- Nodder, Chris. Evil by Design: Interaction Design to Lead Us into Temptation. Wiley, 2013.