Suddenly, there it was

Suddenly, there it was. Like a spaceship, it appeared and, in a flash, it was gone. It promised a fusion of science and religion, “technology and spirituality combining,” and “that everything you ever imagined is possible.” This was no UFO, but a TV commercial advertising “spiritual technology”—a marketing ploy selling Scientology.

For the second year in a row, The Church of Scientology, a prosperous new religious movement established in the 20th Century by science fiction writer L. Ron Hubbard, invested in a “Super Bowl” ad. Though its 30-second ad did not air during one of the coveted multi-million dollar commercial spots, it broadcast right before halftime in several major local TV advertising markets.

The Church of Scientology likely returned to the lineup of “Super Bowl” ads this year because these ads work. Flying out to California just days later I was perusing the periodicals at an airport newsstand when I noticed a man purchasing Going Clear: Scientology, Hollywood and the Prison of Belief by Lawrence Wright. As he checked out, he said, “that Super Bowl ad got me interested. You know anything about Scientology?”

The Super Bowl is not the first time that Scientology has flirted with pop culture to attract new adherents. It has always been a flashy faith with savvy cultural appeal. Following the example of founder Hubbard, who was adept at reading the times and selling fanciful stories, Scientology’s television marketing is faithful to its heritage.

Its success with religious marketing began with the publication of Hubbard’s sensational, best-selling Dianetics: The Modern Science of Mental Health, which sketched out, along with several of Hubbard’s sci-fi novels, the basics of Scientology. Scientology’s greatest growth occurred during the “golden age” of its TV spots, in the 1980s and 1990s, when its leaders were “masters of book marketing” (except for its PR disaster with Richard Behar's TIME article and current leader, David Miscavige's, failed interview on ABC's “Nightline”).

Part of Hubbard’s grand marketing scheme was to attract Hollywood A-listers, not unlike Tom Cruise or John Travolta, and to cultivate them as glamorous icons of Scientology. He deployed movie-star power at a time when American culture was “bending increasingly toward the worship of celebrity,” wrote scholar Lawrence Wright. Indeed, since The Church of Scientology was incorporated as a religious body in California sixty years ago (February 18, 1954), the movement has always had a bit of “star power” and has been able to grab mass attention with careful cultural cues.

The Super Bowl ad is no different. As one commentator put it, Miscavige, “understands what inspires devotion in people these days...the next great gadget, spiritual contentment...” Playing on our desire to be on the cutting edge of tech and to be “spiritual, but not religious,” Scientology offers both: spiritual technology.

Additionally, Scientology’s second “Super Bowl” ad is an example of a small religion punching above its weight and evoking both curiosity and creepiness. As Wright wrote, “Scientology plays an outsize role in the cast of new religions that have arisen in the twentieth century and survived into the twenty-first.” Though the Church reports millions of members, there are probably just 30,000 Scientologists worldwide, 5,000 of whom are concentrated in Los Angeles. There are twice as many Rastafarians in the world as there are Scientologists.

Like a minor league player batting in the majors, Scientology also uses its more than $1 billion dollars assets to market itself via its Bridge Publications Inc. and International Dissemination and Distribution center in Los Angeles. Due to its shrewd sales approach and to its nearly automatic “cringe factor,” Scientology inspires an oversized amount of fascination.

Of course, religious marketing isn’t solely the property of The Church of Scientology. Noting the success of America’s Protestant mega-churches, many religious organizations have realized the importance of advertising their sacred wares in the U.S.’s spiritual economy. According to Peter Berger, the commercials from your local psychic, the billboards of atheists and bumper stickers from the mega-church down the road are all symptoms of pluralism and public indicators of the ways that various faiths are competing with each other in the religious marketplace.

Given the situation described above, we should expect continued, and comparable, marketing from Scientology. With its financial resources, penchant for the culturalzeitgeist, immense influence, impeccable organization and Hollywood flair we should not be surprised with another ad in next year’s Super Bowl. The only difference next year? I’m hoping that my team, the San Francisco 49ers, will have a comfortable lead going into halftime before Scientology sells itself to the crowds of fans sitting at home in select local markets.

Creamer, Matthew. “Rewind: When the Church of Scientology Was a Master of Book Marketing.” Adage, September 26, 2012. http://adage.com/article/rewind/rewind-church-scientology-a-master-advertising/237442/.

Edwards, Jim. “How The Church of Scientology Got an Ad in the Super Bowl.”Business Insider, February 4, 2013. http://www.businessinsider.com/how-the-church-of-scientology-got-an-ad-in-the-super-bowl-2013-2. 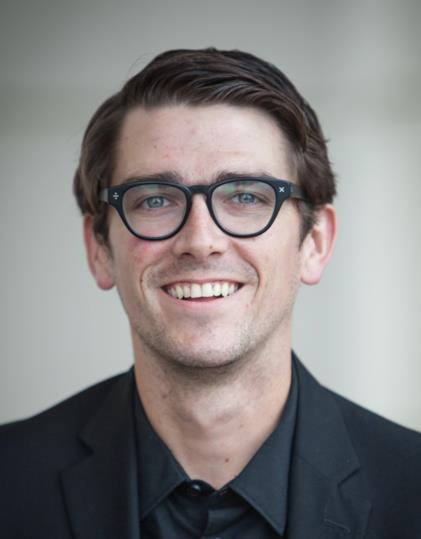 Author, Ken Chitwood, is a graduate student at Concordia University Irvine, CA. A religion newswriter, theology and culture commentator, he maintains a blog on religion and culture (Sacred Duty) and contributes to various media outlets including Religion News Service and Publisher’s Weekly.

See All Articles by Ken Chitwood