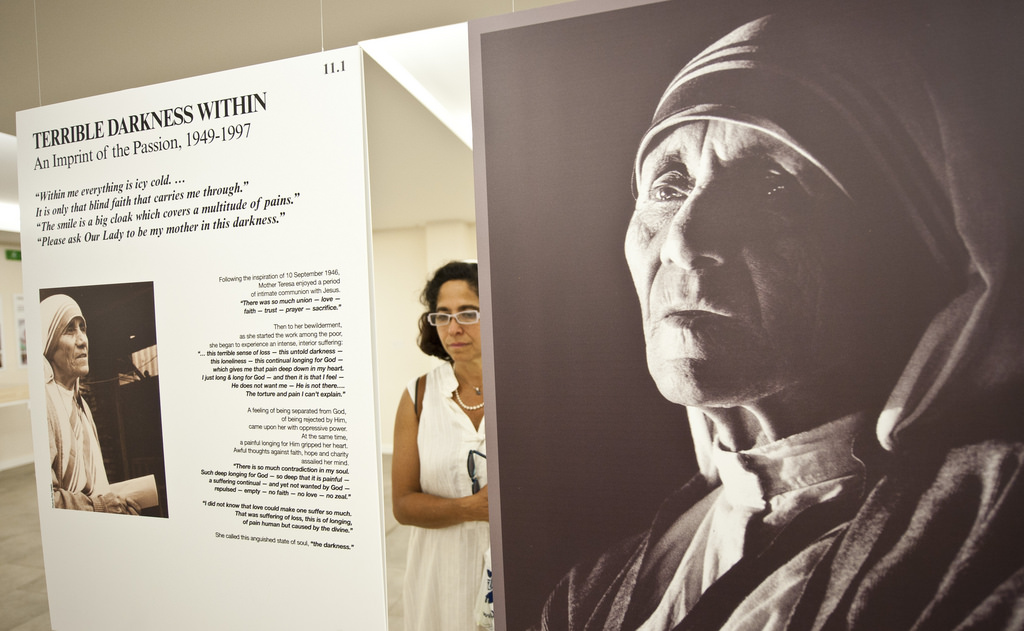 On September 4th the world witnessed a Holy Mass said by Pope Francis as Mother Teresa was elevated to sainthood. She is now known to the faithful as St. Teresa of Calcutta. While Mother Teresa was rightly celebrated for her care of the poor in the blighted areas of India, her letters and journals revealed a great surprise: this same woman who was, to many, the very embodiment of Christian charity had suffered a decades-long depression and a dark night of the soul. As a devout Roman Catholic working in the public sphere, I was not shocked by this, nor was any counselor or minister who works with the faithful on a daily basis.

This celebrity saint—a paragon of Christian virtue whose smile has been on the cover of books and magazines—suffered for decades in a living hell. For many in the Western world, that truth seemed almost scandalous. But the true scandal is that anyone was surprised at all, much less bothered by the fact.

In the popular imagination, it is often thought that a religious person ought to be in the image of Ned Flanders from The Simpsons: a happy-go-lucky type exemplifying optimism and politeness. However, much like how a romantic comedy does not reflect the reality of a romantic relationship, this image of an always-positive believer comes nowhere near the reality experienced by most people of faith. If faith is a relationship, then it makes sense that there will be times of exhaustion, doubt, and, most of all, loneliness.

While Mother Teresa worked amidst heart-breaking poverty, she found her own heart beaten down by interior struggles of doubt, pain, loneliness, and anxiety. “I am told God lives in me,” she wrote to her spiritual director in 1957, “and yet the reality of darkness and coldness and emptiness is so great that nothing touches my soul.” While these words may shock some, Mother Teresa is far from the first Catholic saint or spiritual model who has had to endure such intense struggles. St. John of the Cross and Dorothy Day would certainly find a friend in the small nun who struggled as she showed kindness to those who needed it the most.

Paradoxically, the holy men and women admired by religious believers were not held back from their good work by an inner darkness; rather, they were able to touch the hearts of countless people because of it. “If my separation from you brings others to you,” Mother Teresa wrote in her spiritual canticle to God, “I am willing with all my heart to suffer all that I suffer.” In a world that cannot bear the slightest discomfort, hers is a model for how to take one's inner turmoil and transform it into compassion and love for anyone else who is also suffering. In this way, those who have suffered in their own interior and spiritual lives may find the motivation to care for those suffering in their midst in a more effective and loving way.

Those who suffer from their own dark nights of the soul often feel as if they are doing something wrong—as if their faith were somehow weak because of these interior struggles. Mother Teresa, like her patrons St. Teresa of Avila and St. Thérèse of Lisieux, is an example to the countless souls who pursue a spiritual life of charity but are frustrated by feelings of doubt, loneliness, and depression. They now have a contemporary champion, someone who shows the way to a faithful selflessness, who could work for the good of others despite, or because of, her own struggles.

- Mother Teresa. Come Be My Light: The Private Writings of the Saint of Calcutta. Ed. Brian Kolodiejchuk. Image Books, 2009.