Religion, Class, and Denominationalism in the US -- Joerg Rieger

Ever since H. Richard Niebuhr’s book The Social Sources of Denominationalism (1929) there has been evidence that religious affiliation and class status are somehow connected.

In statistics published in a 2006 sociology textbook, this impression is confirmed, although the differences may not be as great as commonly assumed (see Kosmin & Keysar in References). Jews have a median family income of $72,000, Unitarians ($58,000) and Episcopalians ($55,000). Methodists are somewhere in the middle, commanding family incomes of $48,000. Jehovah’s Witnesses and the Church of God are at the bottom, with $24,000 and $26,000 respectively. The median household income for the United States in the same year was $51,144.

What do these numbers mean? The comments that accompany the statistics note that “members of lower classes tend to be affiliated with more fundamentalist religions and sect-like groups,” while “members of the middle class tend to belong to more formal churches.” Those who are “moderately formal” are somewhere in the middle.

When we discuss matters of class and religion at all, this is usually as far as we get. Common jokes capture these insights: “Question: What is a Methodist? Answer: A Baptist who can read.”

There are, however, at least two fundamental flaws in these assessments, rooted in a widespread misunderstanding of class. First flaw: class is defined exclusively in terms of income levels. Second flaw: each class (just like each denomination) supposedly exists without connection to other classes. Missing here is a sense of how classes are related to each other and how these relations are shaped by differentials of power, including a struggle for power in which some gain at the expense of others.

What if we understood class in terms of the relationships between classes and in terms of power in addition to money?

A couple of observations suggest that such relations and tensions do indeed exist, and that we might learn a few things from studying them. Not only are there tremendous differences between the wealthiest and poorest United Methodist churches in the United States, for instance, there is also a sense that this difference translates into a differential of power not only in relation to the politics of the denomination but also to secular politics.

Moreover, there is a sense that this differential of power translates into influence over theology, not only the theology preached from the pulpit on Sunday mornings but also the theology of the denomination and the theology taught at the seminaries to which these churches are related. The less wealthy churches, by contrast, are expected to adapt or they are left struggling by the wayside, often staffed with underpaid and underappreciated pastors who are not part of the regular order of clergy.

Theologically, many of the non-denominational churches preach the so-called Gospel of Prosperity, endorsing the success of the upper class. The tension might be seen in the fact that while the Gospel of Prosperity works for a few, sometimes including the pastors, most of the members of these churches will never strike it rich, told by their theology that they have only themselves to blame.

These examples raise the interesting question of possible new alliances and relationships within and between denominations, what I have been calling “deep solidarity.” If those who are losing out in the tensions between the classes, including many members of the middle class, become aware that they may have more in common with each other than with the relatively small, privileged group that is winning these struggles, could this open the door to reshaping the landscape of US denominationalism?

Kosmin, Barry and Ariela Keysar, Religion in a Free Market and Non-Religious Americans Who, What, Why, Where. Ithaca, NY: Paramount Market Publishing, 2006. https://www.boundless.com/sociology/textbooks/boundless-sociology-textbook/stratification-inequality-and-social-class-in-the-u-s-9/consequences-of-social-class-77/religion-459-268.

To comment, email the Managing Editor, Myriam Renaud, at DivSightings@gmail.com. 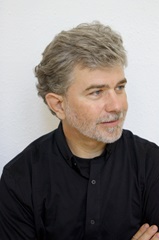 Author, Joerg Rieger, is Wendland-Cook Professor of Constructive Theology at Perkins School of Theology, Southern Methodist University. He is the author and editor of 17 books, including Occupy Religion: Theology of the Multitude (with Kwok Pui-lan, 2012), No Rising Tide: Theology, Economics, and the Future (2009) and Christ and Empire (2007).

See All Articles by Joerg Rieger