The Problem with Calling Amy Coney Barrett Too Catholic

Many worry that Trump’s Supreme Court nominee is too Catholic, while also bringing the Court’s Catholic count to six. I do not think we would be better off with less religion. But I am interested in where religion’s predispositions lie, and how they have assimilated to American culture, politics, and economics. I fear that Barrett is not Catholic enough. She seems innocent of historic Catholic social theology.

At the close of the 19th century, European Catholicism was seeking to ground a social justice that would reach every class of society. The foundation was laid with Pope Leo XIII’s encyclical Rerum Novarum. Meaning “concerning new things” or even “concerning revolutionary change” and subtitled “On the Conditions of Labor,” it was an intentional response to rising capitalism and industrialization. It called for a State whose primary purpose was to provide for the common good. All people have equal dignity regardless of social class, and a good government protects the rights and cares for the needs of all its members, rich and poor, and especially the working class.

Succeeding popes built on this foundation. Altogether, they constituted Catholic social ethics and public theology. By 2011, the conservative Benedict XVI was condemning free market fundamentalism in his encyclical Charity in Truth: “The conviction that the economy must be autonomous, that it must be shielded from ‘influences’ of a moral character, has led man to abuse the economic process in a thoroughly destructive way. In the long term, these convictions have led to economic, social and political systems that trample upon personal and social freedom, and are therefore unable to deliver the justice that they promise.” (§34)

But the real bomb landing in American Catholicism was the 1986 pastoral letter from the US Conference of Catholic Bishops, Economic Justice for All. Dealing specifically with the US economy, it was meant to revive historic Catholic social teaching and severely critique Reaganesque economics. It produced howls of outrage from Catholic neo-conservatives, whom Catholic moral theologian Daniel Maguire compared  to “panicked devils shrinking from God’s face in a medieval tapestry.”

So a Catholic Right arose to oppose this social gospel, intending to create their own counter-magisterium in organizations like the Knights of Columbus. Catholic conservatives and libertarians, with funding from rightwing billionaires, seemed bent on a hostile takeover of American Catholicism. Their platform was unrestricted capitalism and small government.

They would align with the evangelical Right in rejecting “social sin” or “structural analysis” of the economy because of the proclivity usually found in such analysis for big government or even socialist solutions. Keep sin personal, even sexual—abortion or homosexuality—and deal with it in the Confessional. Capitalism, like Trump, had nothing to confess.  Nobody believed that corporations were persons who might be assigned penance.

An alliance with the Evangelical Right was also useful in projecting onto the religious imaginary Christian nationalism, American exceptionalism, and free markets as God’s invisible hand on the economy. If Dorothy Day had sacramentalized the Catholic Worker, if César Chávez had once broken his fast on behalf of agricultural workers through a famous Mass in the California vineyards (with Bobby Kennedy a famous guest), conservative Catholics and Evangelicals constructed a worldview of disencumbered capitalism, with low taxes, small government, and abstention from responsibility for the common good and entitlements for the poor.

But beyond the Evangelical-Catholic alliance, there would arise an alternative magisterium: the Federalist Society. In the year before Judge Barrett’s birth, Lewis Powell, a future Supreme Court Justice himself, wrote the United States Chamber of Commerce arguing that businesses needed to take a more aggressive hand in shaping public policy. The American economic system was under broad attack from the consumer, environmental, and labor movements (bedrocks of Catholic social thought). Powell’s agenda was to transform the Supreme Court into a forum friendly to business interests. The “bright young men” of tomorrow would graduate ready to guarantee a de-regulated free-enterprise system. Soon the Americans United decision would open the floodgates to dark money. Now originalism and textualism would resemble fundamentalism’s inerrant scriptures in this new seminary.

The counter-magisterial movement would have to wait for its own pope. When Pope Francis pronounced the death penalty inadmissible in all cases, Catholic John Sununu, former New Hampshire governor and White House chief of staff, cracked, "So a lot of people are holding their hands over their ears until the Argentinian socialist has gone." While denigrating Pope Francis as a Latin American socialist, Catholic neo-conservatives would ignore their own dissent from a 100 year tradition in Catholic social theology. How long before a new capitalist pope would join some American bishops in wafer-watching to deny Catholic status to anyone with the scent of the left?

How much does a rival Catholic magisterium weigh on Judge Barrett—and on contemporary Catholics sitting in churches in the many American states which proudly passed “right to work” laws to destroy unions and push back government responsibilities to the working class? Which magisterium is represented at Notre Dame’s law school? Which sacred texts?

Not long ago, the Georgetown faculty lectured then Speaker of the House Paul Ryan on true Catholicism. They ridiculed his claims that his budget was a moral document based in Catholic social teaching—not to mention firing a Jesuit chaplain for prayers with a “preferential option for the poor.” The theologians joined Catholic bishops in remarking on how small government budgets have a devastating impact on programs for the poor. They said to Ryan: “Your budget appears to reflect the values of your favorite philosopher Ayn Rand, rather than the Gospel of Jesus Christ. Her call to selfishness and her antagonism toward religion are antithetical to the Gospel values of compassion and love.”

So I close with my own solution to the Barrett question. Commission a committee of moral theologians to tutor all Catholics in government in the rich traditions of Catholic moral theology. Pope Francis has said that when appointing new bishops and cardinals, he would look not for princes of the church but for shepherds “living with the smell of the sheep.” Not likely from the Federalist Society pool.

In 2006, Barrett told graduates of the Notre Dame Law School, of which she was a part, that they should see their upcoming legal careers "as but a means to an end ... and that end is building the Kingdom of God." When conservative Catholics gather soon to celebrate Judge Barrett’s ultimate ascent, no doubt someone will observe that she, like the Virgin Mary “offering her consent” to the announcing angel, says: “Behold the handmaid of the Lord.” But would this be the Mary who then sang in the Magnificat, a song possibly originating among the Jerusalem poor: “God has looked with favor on the lowliness of his servant...He has shown strength with his arm, he has scattered the proud in the thoughts of their hearts. He has brought down the powerful from their thrones, and lifted up the lowly. He has filled the hungry with good things, and sent the rich away empty.” Could Barrett sing this handmaid’s song? Or is the Kingdom of God she imagines just code for American exceptionalism, capitalist triumphalism, and a disencumbered market as God’s only outstretched hand? 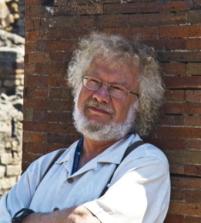 Author, Donald Heinz, is professor of Religious Studies at California State University, Chico and a clergyman in the ELCA. His research interests are the role of religion in public, Christian social ethics, and the sociology of religion. The material in this article is partly drawn from his most recent book, After Trump: Achieving a New Social Gospel. His other books include The Last Passage: Recovering a Death of our Own and Christmas: Festival of Incarnation.

See All Articles by Donald Heinz