James J. Tissot (1836-1902), a French artist best known for his paintings of society and fashion, produced a series of images restaging the parable of the Prodigal Son in 1880s England.

I used his cycle of five etchings as part of a class I taught on modern adaptations of the gospel narratives. One of my students wrote the following about the story: “I get bad feelings towards the younger bro/prodigal son, I don't like him. I don't think you're supposed to identify with him. I identify with the older bro and feel pity for him and the injustice of it all.”

Thus these images hit a nerve—the nerve of meritocratic thinking.

The introductory image in the cycle, an open Bible (shown to the right), presents a table of contents for the etchings that follow. Dog-eared, much-used, the book suggests a pious reader who searches for answers in the Scriptures. But what answer does this parable hold for modern practice?

The scene portrays a sea merchant’s parlor: a desk crammed with accounting books and bills. Seashells and a model sailboat decorate its top shelves. The windows open onto the Thames with a tantalizing view of masts, sails, and rigging. Two men, brothers similar in appearance and attitude, are easily confused. The older brother at the window looks longingly in the distance. But it is the younger brother who is ready to go. His bag on the chair is packed.

Upright, confident, almost arrogant, he half sits on the table and looks down on his father, who has just handed him his share of inheritance. Hopeful about the youngster’s entrepreneurial spirit, the father’s gesture is almost a blessing. The prodigal son’s career is motivated by English custom: The law of primogeniture usually left younger sons to their own devices, with shipping out to India a frequent option.

No. 2. In Foreign Climes

Instead of British India, the younger son ends up in an effeminate, decadent setting, slouching and drinking sake on the floor mat in the company of bohemians in what seems to be the entertainment quarters of Yokohama. This narrative turn allows the Victorian viewer to enjoy the contemporary fashion of japonisme: geishas dancing in kimonos, red lanterns, tea sets, exotic lamps, tables, and pavilions.

The return is dramatic. The younger son’s arrival in rags, on a boat carrying pigs and cattle, comments on his financial and moral misadventure. In distress, he kneels embracing his father. The old man is driven by fatherly love. His fallen hat is an emotion-bearing detail.

The older brother is visibly unmoved. He stands firmly upright, hands in pockets, a toothpick in his mouth, cold, arrogant. With a scandalized wife at his side, he looks down on the scene with an expression of unshaken superiority not unlike that of the prodigal son at his departure.

The most remarkable feature of the cycle is a trap already laid in “The Departure.” The feast is underway. Wearing linen boating togs, the older brother has just stepped out of his scull for a smoke, a pipe in his hands; his buddies wait aboard. He learns about the feast by accident. His sailing suit and marginal position in the mise-en-scène and the father’s gesture of invitation make him seem, at first, the prodigal.

But the father is pointing to the younger son, who, seated at the head of the table, is sharpening the knives, about to carve the fatted calf. With family and guests around the table, a fiancée at his side, the prodigal is not just forgiven, he is the victor. Despite his elaborate rowing outfit, the older brother remains on the sidelines.

It is his exclusion that so perturbed my student.

Tissot’s rendition of the parable may well have been a comment on colonial enterprise and venture capitalism. Where the younger sons are forced to take risks, the self-righteous, safe and steady pursuit of merit seems no virtue at all. A catastrophe can be followed by success, suddenly and undeservedly, like luck or grace.

The modern viewer might be pleased and encouraged or outraged by the tale, depending on his or her position in life. Thus my student, no doubt a hard-working, loyal member of our present-day meritocracy, felt offended by the prodigal’s reward.

Tissot’s transposition of a religious paradox into the upper-middle class setting of his usual clientele triggered the sense of dissonance—a much-needed moment of estrangement—that religion produces when it breaks into public life.

Etchings at the Smart Museum of Art produced by Tissot himself in 1881 are based on four oil paintings of 1880, owned today by the Musée des Beaux-Arts de Nantes, temporarily exhibited at Musée D’Orsay in Paris. All images are copyrighted. 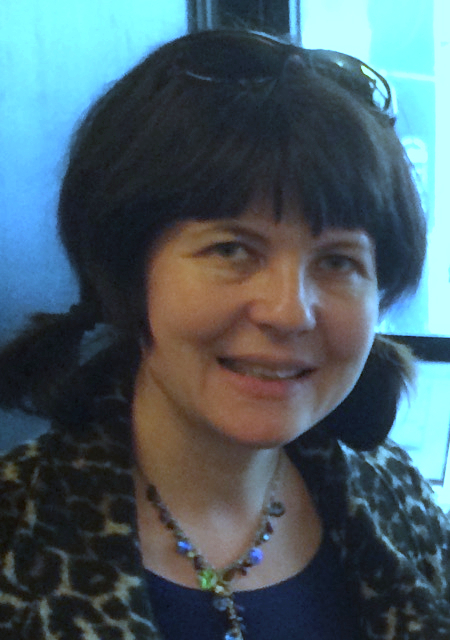 Author, Olga V. Solovieva, is Assistant Professor of Comparative Literature at the University of Chicago. She was a 2012-2015 Postdoctoral Fellow in the Committee on Social Thought. Her articles on the iconoclastic writings of Epiphanius of Salamis appeared in Fides et Historia, 42.1 (2010) and Journal of Ancient Christianity, 16.2 (2012).