The Paradox of Organ Donations among Ultra-Orthodox Jews in Israel

In Israel, religion may help win the battle against organ shortage.

In Israel, the ultra-Orthodox Jewish community has a strikingly paradoxical approach to organ transplantation. On the one hand, this population consistently refrains from signing organ donor cards. On the other hand, they constitute the majority of individuals who donate one of their kidneys to patients whom they do not know. The key for unraveling this paradox lies in the complex interconnections between medical science, society, and religion in Israel.

Prominent rabbinic authorities in the ultra-Orthodox community deem saving life by donating organs to be a supreme religious virtue. However, they are reluctant to grant a sweeping approval of organ transplants due to their conception of what constitutes death.

Currently, Israel legally defines a lack of cerebral activity as death. Under this definition of death, first instantiated in the U.S. in the 1960s, a patient is deemed deceased even if he or she is connected to a respirator and still breathing. This definition of death is in direct conflict with the traditional rabbinic conception of death as the cessation of breathing. Hence, brain-dead individuals whose breathing is artificially sustained are deemed to be still alive. Viewing death exclusively in terms of aerobic inactivity led ultra-Orthodox rabbis to reject the harvesting of organs for transplantation from brain-dead individuals as downright murder.

In 1986, the Israeli Chief Rabbinate was asked to weigh in on the debate. It recommended a definition accommodating the rabbinic and the regnant medical definitions of death, namely, the cessation of breathing due to the malfunctioning of the brainstem. This definition was eventually adopted by the Israeli legislature in 2008 with the Brain-Respiratory Death Determination Law. Although intended to conform with the rabbinic definition of death, influential ultra-Orthodox rabbis rejected the law due to their adamant insistence that one is alive as long as the heart continues to beat, and perhaps also because of their deeply ingrained suspicion towards medical authority.

Although ultra-Orthodox Jews comprise only 15% of Israeli society, the institutional and political influence of their representatives on issues related to end-of-life impacts the whole of Jewish society, including, perhaps surprisingly, the lives of many secular Jews, who turn to the most radical rabbinical rulings for guidance, especially in matters of birth and death.

Up to this point the picture seems rather clear: opposition to brain death among Ultra-orthodox Jews is unyielding, which results in their low rate of organ donations. The picture, however, is rendered more complex with the entrance of Matnat Chaim (“Gift of Life” in Hebrew), a non-profit Israeli organization, devoted to promoting living organ donation between strangers.

Matnat Chaim matches individuals who wish to donate one of their kidneys to a patient in need. The organization was founded in 2009 by the late ultra-Orthodox rabbi Yeshayahu Heber. A kidney recipient himself who was frustrated by the protracted waiting time for a transplantation in Israel, Heber assumed it as his life’s mission to establish an organization to recruit individuals willing to become living kidney donors. Since then and up to September 2022, Matnat Chaim has recruited over 1300 individuals ready to donate one of their kidneys to patients with whom they had no prior acquaintance. The dizzying rate of recruiting donors by the organization even overshadows the recruitment of donations from the deceased. Matnat Chaim is considered a world leader in recruiting volunteers to become kidney donors. In 2021 the striking majority of organ donations in Israel were from living anonymous kidney donors.

How, then, can we explain this contradiction between, on the one hand, an enthusiastic trend of living anonymous donors among ultra-orthodox Israeli Jews and, on the other, a stubborn reluctance to join in the national effort to harvest organs from the deceased for donation?

Considering the work of Matnat Chaim in light of the debate over the definition of brain death in Israel provides us with a possible answer. By introducing living organ donation, which is accepted and supported by leading rabbinical authorities from all branches of Israeli Judaism, Matnat Chaim has introduced an option that circumvents the tangled issues regarding post-mortem organ donation, insofar as they all touch on the controversial brain-death definition. Proceeding in the way they do, Matnat Chaim's donors save life with organ donation without conforming to the definition of brain death which they regard as unacceptable.

The staunch opposition and mistrust towards the definition of brain death are turned into veritable acts of solidarity in the non-formal private sphere, which is the domain in which Matnat Chaim operates. Paving “kosher” ways into advanced medical technologies is not unique to Matnat Chaim and neither to Israel. However, the unprecedented success of Matnat Chaim in procuring organ volunteers, especially as it stands in stark contrast with the work of parallel Jewish organizations outside Israel, raises the question—is religion the way in Israel to win the battle against organ shortage? 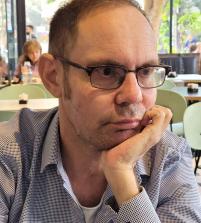 Dr. Hagai Boas is the director of the “Science, Technology and Society” research cluster at the Van Leer Jerusalem Institute and adjunct senior lecturer at the department of politics and governance at Ben Gurion University of the Negev. He is the author of The Political Economy of Organ Transplantations: Where do Organs Come From (Routledge, 2022).

See All Articles by Hagai Boas