“… a longtime Facebook staffer told me that to detect instances of suicide or murder on Facebook Live the company created a system that looks for sudden spikes in attention—‘by number of people viewing, by the rate at which those impressions are going up, by the percentage of sad reactions versus likes, by the number of people saying, ‘Oh, my God’ down in the comments.’”&nbsp;(Evan Osnos, “How to Talk about the New Zealand Massacre: More Sunlight, Less Oxygen,”&nbsp;The New Yorker,&nbsp;March 15, 2019) I had planned a column for today on the Frida Kahlo exhibit now on display at the Brooklyn Museum 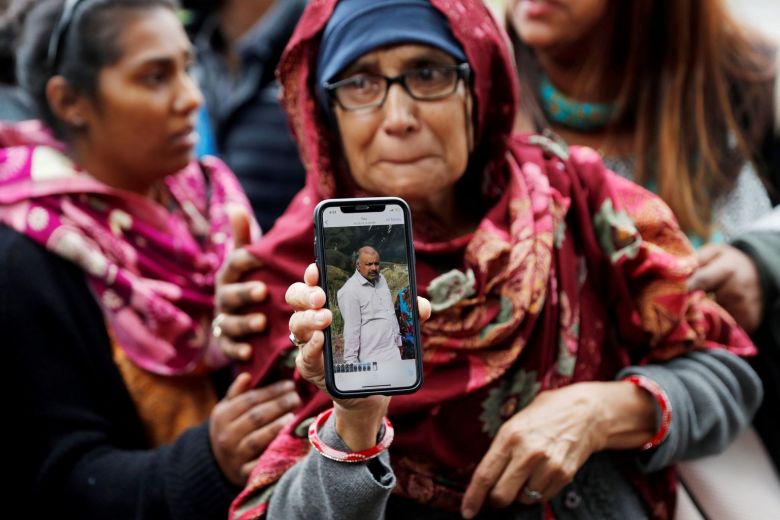 “… a longtime Facebook staffer told me that to detect instances of suicide or murder on Facebook Live the company created a system that looks for sudden spikes in attention—‘by number of people viewing, by the rate at which those impressions are going up, by the percentage of sad reactions versus likes, by the number of people saying, ‘Oh, my God’ down in the comments.’” (Evan Osnos, “How to Talk about the New Zealand Massacre: More Sunlight, Less Oxygen,” The New Yorker, March 15, 2019)

I had planned a column for today on the Frida Kahlo exhibit now on display at the Brooklyn Museum. I may impose it on this space next month, but while I could write those words now, I am unwilling to put them into the world at this particular moment in this particular space in the immediate aftermath of Friday’s massacre in New Zealand. The details must be recited: a man with an AR-15 opened fire at two mosques in Christchurch, killing fifty Muslims in the midst of prayer. He punctuated the intentionality of his act by deft deployment of social media: just prior to his rampage, the gunman placed a camera on his headgear that live streamed seventeen minutes of his inflicted carnage, affording to thousands if not millions the actual, awful, horrific implementation of his just-previously tweeted manifesto articulating the recognizable tropes of white supremacy.

Certainly, those words register shock and dismay, probably in many cases repulsion. (They are very likely akin to words uttered by his victims as they were slain.)  Location of those words makes a difference: spoken in those mosques on Friday they almost certainly were someone’s last words; “down in the comments” they become “part of the stream.” The point is not to gauge, or to presume to gauge, sincerity. It is to note the juxtaposition and, with it, the inexorable, exhausting, unnerving discrepancy of resonance.

How do we respond to tragedies without falling down into the comments? If there is an abiding question for the world’s religions in last Friday’s reprisal of an all-too-familiar tragic template of our days, that is it. It is not just religion’s “cultured despisers” who may wonder: what does “religion” have to say about the slaughtered Muslims in Christchurch?

In fact, one of religion’s most famous despisers offers some help. In The Ability to Mourn, the late Peter Homans proposes as his starting point that, contra many, we take seriously Sigmund Freud’s stated hope to develop through psychoanalysis a tool to help people cope with what Freud was able to recognize as decisively, indeed debilitatingly real: the socially displaced, widely dismissed, yet undeniably disabling effects of trauma. Homans argues that Freud sought through psychoanalysis to enable his patients to acknowledge their specific trauma both at its source and in its effect—and then, crucially, to learn to mourn it. Homans found in Freud a fundamental humane impulse: to help people to cultivate the capacity to acknowledge their finitude (this is for Freud, at the most fundamental level, the inevitability of death) and then to live productively in a condition of mourning. Freud understood that for people to be able to live, they must be able—must be allowed—to mourn.

Homans’ construal of Freud may for some be controversial, but it is undeniable that psychoanalysis has helped many. (I’d also note that Freud’s critique of religion endures less for his critique of monotheism and more for his explicit address to what religions in modernity [especially Christianity and Judaism] have elided and even, at times, denied.) Homans helps us to recognize the courage and conviction that sat, cheek by jowl, with Freud’s incipient recourse to irony and his late-in-life vaingloriousness. If we seek wisdom, Homans says, it is available in Freud.

Wisdom is also available in religion, although, again, proper focus is required to distinguish bad from good. Proper focus suggests that it is difficult to respond as a generically “religious” person; it is necessary to respond as someone who holds beliefs of some sort and practices them in some way. This is neither the sole nor by any means the more or most authentic response—but some such predicate is at least implicit in the phrase Facebook so readily identifies as a commentarial trigger. Such implied orthopraxy and concomitant orthodoxy need not render one less humane, as suggested by an articulation strikingly akin to Homans’ Freud: “Man Was Made to Mourn: A Dirge,” published in 1784 by the Scottish bard Robert Burns.

Burns’ slow and mournful melody proceeds from the conceit that its writer, wandering forth on an evening of “chill November’s surly blast,” encounters a man “of aged step … weary, worn with care.”  The remainder of the poem consists of this “reverend sage” musing about what might prompt his younger partner’s presence at such an hour and such a place. He concludes that “Too soon thou hast began/To Wander forth, with me to mourn/The miseries of man.” In a series of stanzas worthy of the Book of Ecclesiastes, the elder man’s refrain that “man was made to mourn” is most fully punctuated in the stanza:

Many and sharp the num’rous ills
Inwoven with our frame!
More pointed still we make ourselves,
Regret, remorse, and shame!
And man, whose heav’n-erected face
The smiles of love adorn,
Man’s inhumanity to man
Makes countless thousands mourn!

In March’s surly blast, weary and worn with care, one is summoned by the call to mourn: Oh, my God.

Image: A woman shares a photo of her missing husband outside a community center near Al Noor mosque in Christchurch, New Zealand, on March 16, 2019. (Photo Credit: Vincent Thian | AP)