June 19, 2021 marks the 156th anniversary of Juneteenth, the celebration enacted by formerly enslaved Africans who received official word of Emancipation on June 19, 1865 in Galveston, Texas. Juneteenth combines June 19th, the empirical date of the announcement of emancipation, with the “Day of Jubilee” from the Jewish Calendar. This significant reference to the Jewish calendar has its roots in the ingenuity of enslaved Africans, who drew inspiration from the children of Israel. This relationship continued on through to the troubled but valuable Black/Jewish struggles of solidarity in the twentieth century.

As the Jewish mystic and philosopher Walter Benjamin reflected on the gift of fanning the sparks of hope in the past, I am, on this Juneteenth celebration 2021, meditating on some moments in Black/Jewish solidarity as a prayer of hope for a new song for ALL of us: a Psalm of Lament for those we’ve lost to COVID, an anthem of solidarity with the sufferings of the Palestinian people, and a “sorrow song”—after the spirit of W.E.B. Du Bois—filled with a stubborn hope and faith in the ultimate justice of things.[1]  May we all be empowered to lift up our heads and be unafraid to blow the trumpet of love against Empire.

The Afro-Christianity created by enslaved Africans was forged, in part, by how Africans saw their own captivity reflected in the Hebrew Bible. Enslaved Africans composed “spirituals” based on these stories of resistance and deliverance, and akin to the cosmology of Judaism, enslaved Africans’ appreciation for the mysterious presence of God manifested in matter and magic. The Africans not only turned these miracles into music in the ordinary sense of the word, but they enacted a “Black” epistemology by using the “ring shout,” the counter-clockwise song, dance, drum, and story, and the call and response device. Furthermore, they embedded the songs with coded messages, such as flight instructions, which were often based on signs embedded in the cosmos, enabling them to “steal” themselves away from bondage.

The Jewish festival Hanukkah celebrates the holy miracle of the Maccabean revolt, in which the temple was reclaimed and cleansed and the altar rededicated. Similarly, the Watchnight tradition in African American communities was first established by enslaved Africans who gathered on December 31, 1862 in solidarity with Black Civil War soldiers to hear official word of the Emancipation Proclamation. Black regiments sought to crush the confederacy and set the Black captives free to reclaim their family members and loved ones as, symbolically, America was to become a “New Jerusalem.”

Seven years after the first Juneteenth in Texas, Black people, led by several Black clergy, raised funds to purchase ten acres of land, now known as Emancipation Park, echoing the Rabbinic tradition in which the Jubilee Year was concerned with land, property, and property rights. This was small consolation for Andrew Johnson’s revocation of General Sherman’s Field Order #15, whereby Black citizens of America were initially scheduled to receive 40 acres of land each. But the purchase of Emancipation Park in this early moment of Juneteenth was an act of Black self-determination, and it ensured that the nation’s commitment to white property rights would not have the final word.

W.E.B. Du Bois’s Black Reconstruction in America: 1865-1877[2] told the history of the Civil War through the lens of seeing enslaved Africans as Black Workers who waged a general strike to emancipate themselves, and his poetics vibrate with the sonic force of an Old Testament prophet. This prophetic sensibility, alive in much of his work, corresponds to the political relationships of solidarity he formed with some of the Jewish Radicals of his day.

Du Bois’s work with Jewish socialists is not the only example Black/Jewish solidarity. The critical generosity of Julius Rosenwald established several schools for Black children in the rural south, and his Rosenwald Fellowship supported some of America’s most notable Black artists. He also commissioned a mixed public housing project for African Americans in 1929 as Black people were enacting the exodus of the twentieth century.

An image on the front page of the nation’s leading Black newspaper, The Chicago Defender, dated September 2, 1916, featured a crowd of well-dressed Black women and men readying to board a train in Savannah, Georgia headed north. The caption read: “Exodus.” Musings about the Afro-Jewish presence in the Bible were circulating in the nineteenth century, as exemplified by Edward Blyden’s pan-African philosophy of “Ethiopianism.” In the twentieth century, as Judith Wisenfield details in her excellent work, New World A-Coming, the Great Migration was fertile ground for several new Black religious movements and collectives who turned to Jewish history as a source for fostering new identities and sacred histories. At least two “main-line” Black Churches in Chicago are connected to Jewish history. Ebenezer Baptist Church and Pilgrim Baptist Church—the two churches who were the first to host the movement of gospel music—were Black congregations that purchased Jewish synagogue buildings.

In terms of mass organizing, perhaps the most publicly known Black-Jewish solidarity was seen in the relationship between Rabbi Abraham Joshua Heschel and Rev. Dr. Martin Luther King, Jr. After their time together during the 1965 March in Selma, Alabama, King asked Heschel, “Did you find time to pray?” Heschel responded, “I prayed with my feet.” This response placed Heschel in the good company of another Black prophet, Frederick Douglass, who wrote is often credited with the quote, “I prayed for twenty years but got no answer until I prayed with my legs.”

A recent and marvelous symposium, sponsored by the Katz Center at the University of Pennsylvania, “Then and Now: Black-Jewish Relations in the Civil Rights Movement,” was recently organized by renowned scholars Anthea Butler and Steven Weitzman. Perhaps, conversations like this one could be one of many sparks of hope to fan the flames of the past, even as Juneteenth 2021 arrives in direct connection to another anniversary: the 2021 Tulsa Massacre. Hundreds of Black people were murdered en masse with no recognition or atonement from the American state. Official burials were not allowed in the immediate wake of this atrocity, and to date, several mass graves are still scattered about the Tulsa landscape. Yet, this valley of dry bones beckons to us, the living, to remember, and it demands that we muster our hope, courage, and might to bend the moral arc of the universe toward justice.

On this Juneteenth, this Day of Jubilee, we give thanks for these ancestors, these servants of social justice and peace. They have bequeathed to us an enormous ethical responsibility. May Juneteenth be regarded as not just another holiday, bestowed upon us by a benevolent yet co-optive empire, which offers the illusion of victory and progress even as it crushes the least among us. Our prophetic tradition is one of radical spiritual amazement, of prayer and praise forged in Douglass’s legs and Heschel’s feet. Liberation, then, is always measured by where we physically stand in relation to our politics: where are our feet with respect to our critique?

Now let us sing!
Lift up your heads, be not afraid.
Sing to fan the “ineffable flames of God” until they burn in our souls and into the hearts of our enemies.

Now let us sing!
Lift up your heads, be not afraid.
Sing until the world is soaked in love and drenching in peace. 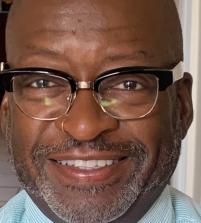 Author, Johari Jabir, is a contemplative musical artist and scholar with roots in the Black working class communities of St. Louis, Missouri. He is currently an associate professor in the department of Black Studies at UIC. His first book, Conjuring Freedom: Music and Masculinity in the Civil War’s Gospel Army, is published by the Ohio State University Press.

See All Articles by Johari Jabir