Memory Full: Boomers and the Art of Never Going Away

How an aging generation is preserving its youthfulness ... forever

Sightings, as its readers know, peers through the lens of contemporary media and culture in order to reflect on public perceptions of and approaches to religion. In the increasingly secular West, religious impulses often are found in the form of personalized spirituality, and yet the relocation of the spiritual impulse has done perhaps little to reduce the search for personal immortality. The media lately has brimmed with illustrations of the personal pursuit of immortality, which is being developed into a high art form by the Baby Boom generation.

A case in point: On September 9 of last year, “A Very Brady Renovation” debuted on HGTV. In this seven-episode series, all six surviving members of the original cast of the 1970s show “The Brady Bunch” help recreate the interior spaces of the Brady family’s fictional home—inside the real-life Studio City, California house that was used for exterior shots of the family home in the original series, which ran on ABC from 1968-74. “A Very Brady Renovation” is a perfect metaphor for my generation’s near-mastery of the art of never going away—not to mention its lust for boosting property values.

The blossoming of the “OK Boomer” meme ran almost concurrently with “A Very Brady Renovation.” The meme captured the disgust and anger felt by cohorts of the still young at a generation broadly (and sometimes accurately) characterized as insensitive, inflexible, entitled, and all too influential. Writing for the Atlantic, Andrew Ferguson noted that the meme “undammed vast, transgenerational reservoirs of grievance and self-pity, running in every direction.” Lyman Stone, also in the Atlantic, had already made a case for the assertion that “Boomers Ruined Everything,” opining that, in areas as diverse as “housing, work rules, higher education, law enforcement, and public budgeting,” “the Baby Boom generation created, advanced, or preserved policies that made American institutions less dynamic.”

The connection between intergenerational conflict and the quest for immortality may not be immediately apparent in these accounts. Generations clash when the senior generation’s influence exists in increasing tension with the changing needs of a culture. When resources become scarce, demographics shift, and new threats and opportunities arise, the older generation’s values, priorities, and traditions are called into question.

Cultural historians have long noted both the predilection for cultures (especially their men) to seek a measure of immortality (usually in battle) as well as the upheaval that accompanies a decisive shift in generational influence. The ancient Greeks venerated their war heroes, whose graves became sacred sites. The Romans similarly venerated ancestors, who upon death were absorbed into the company of the Parentes, the spirits of departed family members who had more of a say than even the gods in determining the family’s fortunes. The Qing Dynasty in China placed a strong emphasis on the proper performance of sacred rites as part of the conduct of li, a proper order and continuity in all spheres of life, in which ancestors played dominant roles. In each of these cultural-historical settings, among numerous others, the tension between passing into memory and achieving eternal life was managed through a matrix of religious, artistic, and militaristic rites. Along with the axial evolution of individual autonomy, there arose a sharpened conflict between “memory”—the preservation of past narratives, events, and ideals as a guide to the changing present—and “eternity”—the ability to rise beyond the plane of history to that of undying authority, the realm of the gods.

Now, however, thanks to rapidly advancing technological innovations that Boomers themselves pioneered, the Largest Generation is pursuing what we might call the “instrumentalization of immortality.” By this I mean the development of policies and technologies that enable Boomers to remain present—not just in memory but as culturally and politically influential consciousnesses—for the rest of recorded time. Having once sworn to “never trust anyone over 30,” Boomers have elevated youthfulness to an eternal value through genetic enhancement, cryogenic freezing, and “mind uploading” (not to mention “immune regenerative medicine,” which features the vampiric procedure of getting donated organs, tissue, or blood from the young). As Boomers threaten to live eternally, we are preparing to bring our music with us, and to foist it eternally upon the rest of you, in the forms of holograms that are being prepped for roadshows.

The cult-ure of eternal youth has surgically implanted itself in Silicon Valley, where to appear over 40 is to court employment discrimination, or worse. The Baby Boom’s take on the relationship between youth and immortality is not lost on younger generations: If you want to last forever, you must not get old.

All these processes have as their implicit goal to dam up the flow of time. The flow of memory, of course, runs in the same channel. Whereas memory preserves occurrence, impression, and essence, instrumentalized immortality seeks to preserve an entire being, with all its hunger for resources, power, and attention. We are to be thankful that—thus far, at least—such immortality is unattainable for even the wealthiest among us.

If technology has its way, postmodernity will entirely replace Gedächtnis—the capacity to store and retrieve not only cerebral knowledge but sense memory—with Speicher—the warehousing of memory as data. In this universe, nothing changes: those who have power will always have it, because they are entitled to it; those who oppose it will always be in the wrong.

Despite the desire of Baby Boomers to make the world more humane, more just, more diverse, and more connected, the technologies we have helped create and disseminate may be having the opposite effect. They have moved memory from the community to the computer, and immortality from the realm of spirit to the individual of means. They have helped facilitate the erosion of communal fabric, and the siloing of the Western mind.

As Buddy Holly’s hologram is being readied to perform “Peggy Sue” until the Universe collapses, so the rest of my influential, intrusive generation is turning memory into data, and death into a mere pause before the eternal reunion tour. Our bodies may perish, but we Boomers promise to just keep cranking out the hits, even, in the immortal words of Earth Wind and Fire, “after the love is gone.”  ♦ 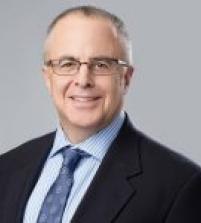 Author, David Gottlieb, received his PhD in the History of Judaism from the University of Chicago Divinity School in 2018. He is a member of the teaching faculty at Spertus Institute and is the author of Second Slayings: The Binding of Isaac and the Formation of Jewish Memory (Gorgias Press, 2019).

See All Articles by David Gottlieb