The Meaning of Religious Exemptions 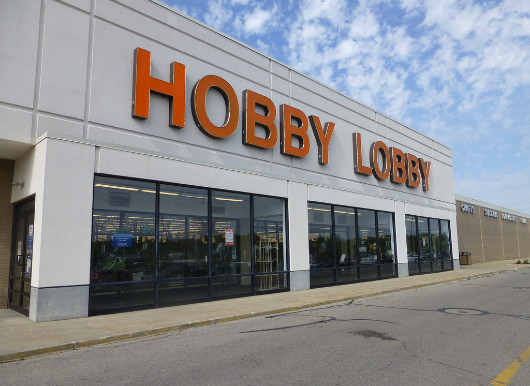 Governmental recognition of religious liberty is a pressing issue in our current politics. The 1993 Religious Freedom Restoration Act states that a generally applicable federal statute may not substantially burden “a person’s exercise of religion” unless the law “furthers a compelling governmental interest” and “is the least restrictive means of furthering that compelling governmental interest.” In Hobby Lobby v. Burwell (2014), the U.S. Supreme Court exempted some “closely held corporations” from a provision of the Affordable Care Act (ACA) because their owners object to certain forms of contraception. In Zubik v. Burwell, which the Court returned last year to lower courts with instructions to seek compromise, some religiously affiliated institutions claim an exemption because, for them, a particular governmental directive authorized by the ACA means complicity with insurance coverage for contraception, which they oppose. Religious exemptions will likely be a prominent issue the future Court, now again at full strength, is called to decide.

Some critics have challenged the Court’s refusal to ask whether religious exercise has been “substantially burdened.” But that focus is misplaced. As Justices Scalia and O’Connor have said, judges should not determine what is “central” to a given religious belief. Instead, I argue, the relevant question asks what kind of religious activities qualify for exemption.

Approach to an answer requires that “religious” in “religious freedom” has a broad meaning: any conviction about the ultimate basis for evaluating all human activity should be, for political purposes, called religious. Thereby, any comprehensive belief, whether conventionally religious or secularistic, is constitutionally protected. Moreover, such First Amendment protection is essential to our democracy because each adult citizen must be free to advocate any political evaluation she or he finds convincing. If “we the people” are sovereign, each person should be sovereign over her or his belief about the ultimate basis of evaluation. It also follows that popular sovereignty is impossible when differing religious beliefs are assumed immune to public discussion and debate because somehow suprarational and thus “solely a matter of faith.” Our democracy implies government through full and free discussion and debate inclusive of differing comprehensive beliefs.

Whether or not free exercise exemptions should be sanctioned constitutionally or only by statute is controversial. But religious freedom cannot mean granting such exemptions whenever the compelling interest test is inapplicable and some law is contrary to some citizen’s comprehensive belief. Any dissent from a generally applicable law might then be grounds for a claim to exemption. Moreover, something is amiss if such dissent so much as could be the basis for religious free exercise. The claim to exemption does not disagree with a given law’s general applicability. Opposition to a democratically decided statute denies its rightful enactment, but seeking exemption does not contest the law itself.

To be sure, certain religious adherents might assert that a particular law or aspect thereof directly denies one of their religious beliefs—for instance, an ACA requirement that certain employers provide health insurance inclusive of legal contraception. In that case, however, the claim against the state asserts its violation of religious disestablishment, because the law is said to teach something about the ultimate basis of evaluation. A given law is said to target a certain religious belief or kind of religious belief, and the claim for exemption is irrelevant. Moreover, the real issue is not whether some religious adherents assert this; in fact, any law can be said to deny a religious belief. The proper question is whether a particular law does in fact explicitly say something about comprehensive evaluation. And the proper test is then whether the law restricts a full and free political discourse by teaching something about how citizens should evaluate political decisions. The ACA teaches no such restriction; each member of “we the people” is entirely free to evaluate and oppose the law, and a claim against its general applicability has no merit.

Hence, free exercise claims make sense only if the candidate activities are limited in a way independent of political dissent. What’s distinctive to religious practices is the kind of cultivation they require. As comprehensive, religious belief must evoke in adherents an innermost commitment and must develop competence in applying ultimate evaluative terms to diverse situations of human life—and many religious communities include activities of symbolic expression and associated teaching designed for this cultivation. Because they assume the given comprehensive belief, these activities are rightly prescribed only for adherents of it. Politically, then, such practices facilitate participation in the public discourse, where the comprehensive evaluation is advocated.

Here, then, is a proposal: only cultivating activities in preparation for (among other things) public discourse can be candidates for free exercise exemptions. Claims for an exemption are improper unless the activity in question is prescribed only for adherents of a given comprehensive belief. In contrast, dissent from a generally applicable law has no claim to exemption because failure to prevail in the full and free discourse is not grounds for release from the law’s requirements. Free exercise exemptions are meant to enhance how the public determines generally applicable laws, not as compensation when the public finds one’s political view wanting.

Given a relevant constitutional provision or statute specifying religious exemptions, use of peyote in worship ceremonies or the drinking of wine in certain eucharistic celebrations or a certain personal appearance in the military or in prison are, to cite some examples, possibly exempt from generally applicable laws prohibiting such activities—if in each case the activity is prescribed only for those who cultivate the comprehensive belief they already confess. Perhaps this mediation is mostly found in conventionally religious communities, but so-called “religious” liberty should also provide exemption for the cultivation of secularistic beliefs.

What is not a candidate for exemption, however, is activity that opposes a generally applicable law itself; no person can be exempted from democratically determined laws she or he takes to be wrong. And because activities prescribed only for adherents should be distinguished from political advocacy by claimants themselves, there is no harm in allowing them to determine when the former have been sufficiently burdened. Given this account, neither Hobby Lobby v. Burell nor Zubik v. Burell includes a claim fit for a free exercise exemption.

Sightings is edited by Brett Colasacco, PhD candidate in Religion, Literature, and Visual Culture at the University of Chicago Divinity School. Subscribe here to receive Sightings in your inbox twice a week. You can also follow us on Facebook and Twitter.

See All Articles by Franklin I. Gamwell