Manaakitanga and the Power of Silence 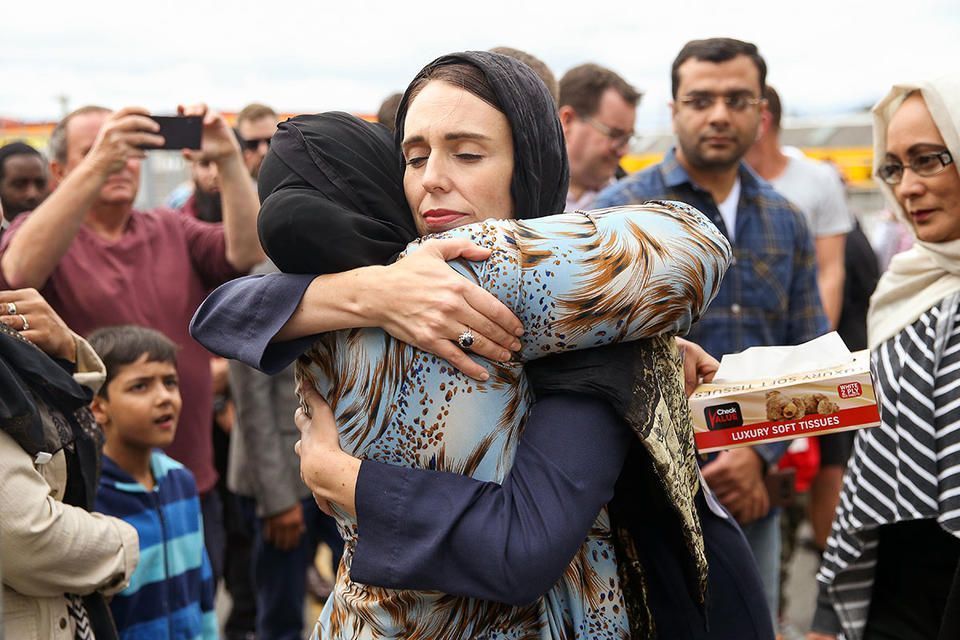 Ed. Note: Today's column is the second in a three-part series by Divinity School faculty reflecting on the Christchurch mosque shootings in New Zealand last Friday. On Monday, Richard Rosengarten wrote about the challenges and possibilities of religious responses to tragedies like this one. If you haven't already, you can read his piece here.

On Tuesday, Prime Minister Jacinda Ardern addressed the New Zealand Parliament concerning the mass shootings at the Al Noor mosque and the Linwood Islamic Center. Her speech modeled a rare combination of outrage and compassion, resolve and restraint:

… One of the roles I never anticipated having, and hoped never to have, is to voice the grief of a nation. At this time, it has been second only to securing the care of those affected, and the safety of everyone. And in this role, I wanted to speak directly to the families. We cannot know your grief, but we can walk with you at every stage. We can. And we will, surround you with aroha, manaakitanga and all that makes us, us. Our hearts are heavy but our spirit is strong.

Embodying the multicultural integrity upon which New Zealanders pride themselves, Ardern spoke in three languages during her address, moving between the Arabic of the Muslim community and the two “official” languages of her country—the English of everyday commerce, and the Maori language of New Zealand’s indigenous peoples. The prime minister evoked the values of her nation—that which “makes us, us” in that Maori dialect: aroha (love, hospitality, mutual respect) and manaakitanga (“the power of the word,” reminding hosts to be expressive and fluent in welcoming guests).

The Prime Minister’s presence and words were the epitome of aroha, tenderly naming her people’s losses and holding space for their mourning, while at the same time promising investigation, accountability, and action. The power of her words, her manaakitanga, was indeed expressive and fluent—not only in what Ardern chose to say, but also in the words she promised to withhold:

… A 28-year-old man—an Australian citizen—has been charged with one count of murder. Other charges will follow. He will face the full force of the law in New Zealand. The families of the fallen will have justice. He sought many things from his act of terror, but one was notoriety. And that is why you will never hear me mention his name. He is a terrorist. He is a criminal. He is an extremist. But he will, when I speak, be nameless. And to others I implore you: speak the names of those who were lost, rather than the name of the man who took them. He may have sought notoriety, but we in New Zealand will give him nothing. Not even his name.

In a media-saturated moment that suffers from a surfeit of “free speech”—wherein “free” has come to mean hapless, heedless, and regardless of harm—it is a cause for pause when we are asked, implored, not to speak something. Choosing not to say—that is, choosing silence—runs counter to our impulse, in such a fractured political landscape, to project our identities and claims, proclaiming who and what we stand for (and against). That impulse is understandable, and not insignificant, as some of our voices have been hard won. But Ardern is not asking us to keep silent out of fear, shame, or marginalization; rather, she points out that by refusing to speak the name of Friday’s attacker, we resist giving notoriety and prominence to evil’s perpetrator. Silence, in this case, is not resignation or capitulation: silence is freedom from coercion. Silence is possibility, wrestled from inevitability. Silence is power.

The stillness of the cup and the water in it,
the silence of the moon
and the quiet of the day far from the roar of the sun.

And there is the silence of this morning
which I have broken with my pen, a silence that had piled up all night
like snow falling in the darkness of the house—
the silence before I wrote a word
and the poorer silence now.   (“Silence” by Billy Collins, 2005)

Poets, like preachers, prophets, and mystics, point to the places in our world where power and possibility mingle, the “thin” or liminal spaces, the holy places where anything might happen, the cracks where the light shines through. Though it’s often overlooked in a world that prefers loud spectacle, and often hard to come by when fear and anxiety dominate the airwaves with assertion and accusation, silence is one of those thin spaces—and our wisdom traditions have always known this. In the sixteenth century, Spanish priest and mystic St. John of the Cross observed that “God’s first language is silence;” he was borrowing, we think, from the Sufi poet Jalal al Din Rumi, who three centuries earlier had written even more pointedly: “Silence is the first language of God. All the rest is poor translation.”

Many of our religious traditions are well acquainted with the power of the word—words create worlds, form relations, inspire desire, and name who and whose we are. Significantly, these are the same traditions that offer practices of silence as spiritual disciplines that de-center the tyranny of self, that subvert the often oppressive or constrictive performance of speech, and that make room for better stories, deeper truth, to be recovered and told. Prime minister Ardern’s wise and masterful manaakitanga serves as an admirable example of what to say in the face of unspeakable devastation, and how to express sorrow and solidarity with “expressive fluency.” Just as importantly, her refusal to honor evil with the perpetrator’s name recalls those ancient practices of spiritual resistance which are newly resonant in these days of weaponized speech, reminding us of the subversive power of silence that can help us reclaim the story, recover the memory of lives well-lived, and relearn the world.

Columnist, Cynthia Lindner (DMin’99), is Director of Ministry Studies and Clinical Faculty for Preaching and Pastoral Care at the University of Chicago Divinity School.