The Autumn 1942 issue of Christianity and Society published an article by Reinhold Niebuhr that began: “In times of social and political conflict there are always Christians who obscure the very genius of the New Testament conception of love by their particular interpretation of one form of the love commandment, namely, ‘Love your enemies.’” Fresh on Niebuhr’s mind, of course, would have been conflicts at home and abroad centering on the race problem during World War II 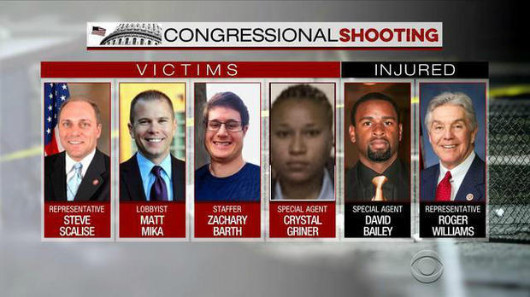 The Autumn 1942 issue of Christianity and Society published an article by Reinhold Niebuhr that began: “In times of social and political conflict there are always Christians who obscure the very genius of the New Testament conception of love by their particular interpretation of one form of the love commandment, namely, ‘Love your enemies.’” Fresh on Niebuhr’s mind, of course, would have been conflicts at home and abroad centering on the race problem during World War II. Responding to Christian idealists at that time who had used the love commandment to speak out against participating in the war, Niebuhr determined that the applicability of the biblical mandate in such a case would either demand “a psychological and moral absurdity of us” or enjoin an ingenious attitude of spirit, all depending on how the word “love” is interpreted.

Fast forward to 2017 and Niebuhr’s query is still relevant. When a blog recently admonished victims of bigotry who would sacrifice to save the lives of their oppressors to “Let Them F—ing Die” (the title), it was hard not to see this as a sign of the times and, like Niebuhr, ask whether the Christian response to love your enemies is absurd or genius.

The blogger identifies himself as “Son of Baldwin,” and fresh on his mind was the June 14th shooting at a congressional baseball practice, particularly the role of black first responders in defusing the situation and saving the life of GOP Representative Steve Scalise. The blog post focuses on the irony that Scalise, who is reported to have self-identified as “David Duke without the baggage” and voted against LGBTQ rights, would be saved by a black lesbian. Son of Baldwin sees a pattern where, under the guise of “loving their enemies,” the oppressed hold themselves to a moral standard that serves to enable the very system that oppresses them. To illustrate the point, he compares the Scalise story to an episode of the 1970s and ’80s sitcom The Jeffersons, in which George Jefferson uses CPR to save the life of a Ku Klux Klan leader. When the latter learns that it was Jefferson who saved his life, he tells his son, “You should have let me die.” Son of Baldwin, basing his argument on the premise that life imitates art, implores blacks and queers to learn from George’s experience, and, rather than take the moral high road, “turn your compassion inward” and let bigots die.

Son of Baldwin admits: “What I am suggesting will rile us because it operates contrary to our centuries of brainwashing, rejects the religious instruction our oppressors gave us, negates the mounds of propaganda that imagines our oppressors as deserving of our humanity in the face of their lack of such. What I propose will certainly have most white/cisgender/heterosexuals who practice bigotry… up in their outrageous feelings because they have become accustomed to our worship, rely on our fealty, and receive sustenance from our sacrifice… Our indifference to their well-being is the only [sic] thing that terrifies them.”

By recasting racial tensions in America as “a battle between the moral and the immoral” and positing that religious instruction has emphasized morality to give the oppressors “a distinct strategical advantage” over the oppressed, Son of Baldwin’s argument compels Christians once again to reexamine whether it is foolish to demand love for your enemies in situations of social and political upheaval. Niebuhr certainly thought so, especially if love is interpreted to mean “emotional attachment,” and if the love commandment is misconstrued to deny the possibility of naturally hating those who oppress you or stand in opposition to your cause.

Yet, unlike Son of Baldwin, who dismisses the religious mandate to love your enemies as moral absurdity, Niebuhr thought it possible (and necessary) to address the absurdity by recovering the genius of the New Testament conception of love as agape. He critiques the tendency to conceive of love as eros, which is ego-driven and thus limited in its ability to extinguish the hatred that invariably exists between those who oppose each other, making the demand to love your enemy not only morally absurd but psychologically impossible. The only way forward, then, is to avoid conflict altogether, as Christian idealists advocated in the 1940s, or to show indifference to the lives of your enemies, as Son of Baldwin now proposes.

Agape, on the other hand, understands love as moving the individual beyond the ego to something transcendent—in the New Testament it is the kingdom of God; for the sons of Baldwin, it could be the beloved community or simply a more perfect union. Herein lies the genius Niebuhr saw: “We are not told to love our enemies because… they will love us in return,” but because the good of our enemies is always bound to that transcendent ideal of which we are also a part.

If Son of Baldwin had carried his analysis of that episode of The Jeffersons to its end, he too might see the wisdom in George’s sacrificial act. While the Klan leader remained unrepentant, his son thanks Jefferson for saving his father’s life, rips up the Klan fliers, and walks out of the room. The other men present walk out as well, symbolically turning their backs on bigotry and trashing the idea of white supremacy.

Perhaps only time will tell whether loving your enemies is absurd or genius. Son of Baldwin may be right to see George’s refusal to let a Klan leader die as absurd; but, considering the number of lives potentially transformed by George saving the life of one bigot, Niebuhr may also be right to see the irony of desiring the good of your enemies as genius.

Photo Credit: CBS News (screenshot)
Sightings is edited by Brett Colasacco (AB’07, MDiv’10), a doctoral candidate in Religion, Literature, and Visual Culture at the University of Chicago Divinity School. Sign up here to receive Sightings by email twice a week. You can also follow us on Facebook and Twitter.