How I Failed J. Z. Smith

Editor’s Note: Jonathan Z. Smith, the Robert O. Anderson Distinguished Service Professor Emeritus of the Humanities at the University of Chicago, passed away on December 30, 2017. 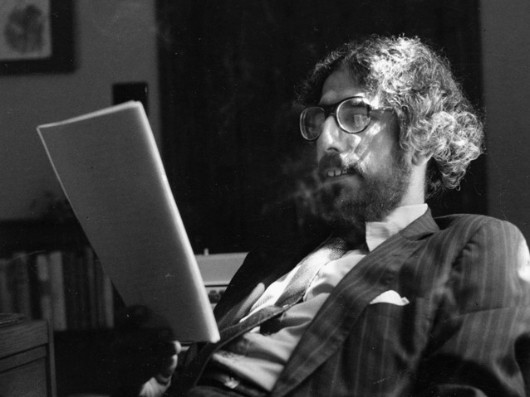 I first heard about Jonathan Z. Smith on the second day of my second quarter as an undergraduate at the University of Chicago. A dormmate had rushed back to Snell Hall to tell my friends and me about his new Self, Culture, and Society professor: a tall old man in a vintage suit, with shoulder-length white hair, a beard, and an ancient-looking walking stick. Gandalf the wizard, only with large glasses and a less pointy hat. More striking even than his appearance, it seemed, were his wit and erudition—about such texts as Durkheim’s Elementary Forms of Religious Life or Lévi-Strauss’s The Savage Mind and virtually any topic tangential to them—and for the next ten weeks the same friend would frequently regale us with retellings of J. Z.’s latest anecdotes, bon mots, and other recent happenings from class.

Needless to say, I knew that I had to take a course with this professor.

The following autumn, I enrolled in Introduction to Religious Studies. It was Smith’s first time teaching that course, which he would go on to do several more times before his retirement in 2011. On the first day he asked each of us to write down, on a sheet of paper, our best attempt at definitions of (a) “religion” and (b) “the study of religion.” Then we handed in our sheets. On the second day he presented an incredibly detailed typology of the definitions we had submitted, which would go on to play a crucial role in the final paper assignment for the course. Immediately, I gained through first-hand experience what countless students of religion have acquired from Smith’s many classic essays: an intense admiration for his rigorous commitment to problems of definition, classification, theorization, and comparison, and his understanding that these “second-order” problematics are the very essence of a scholar’s work.

The first time I failed J. Z. Smith was in a course he offered in spring 2005 on Mircea Eliade’s Patterns in Comparative Religion. As Smith observes in his extraordinary “bio-bibliographical” essay, “When the Chips Are Down” (from his 2004 collection Relating Religion), his reading of Patterns—and subsequent exploration of Eliade’s exhaustively footnoted sources—constituted his education in the field of the study of religion. Suffice to say that my study of Smith’s analysis and interpretation of Patterns constituted my own true introduction to the field. He began each class by filling the chalkboard with a remarkably comprehensive bibliography of texts relevant to the day’s assigned chapter from Patterns. He then commented at considerable length on these texts, and instructed us—if we were moved to seek out any of these materials in the library—to read not only those books, but also the five books to the left and five books to the right of every one. It’s a goal I have often aspired to, but rarely met. But that’s not how I failed J. Z. Smith.

Integral to the course was the role of “discussant.” Each student had signed up to be responsible for a particular chapter of Patterns, and on the day for which that chapter was assigned, Smith engaged in a brief, Socratic exchange with the discussant, which led into a broader class discussion. I was responsible for the very last chapter, “The Structure of Symbols.” That day, Smith initiated the exchange with a question I will never forget: “What’s special about Jacob’s stone?”

Seconds passed. Maybe a minute. It felt like hours. In college, I sometimes struggled with speaking up in class. Yet never to this extent of total paralysis. I knew the answer. Eliade stated it explicitly in the first sentence of the second paragraph. I had read and reread the chapter, annotated it. I had underlined that sentence. Still, in that moment, I couldn’t muster up the courage to say it. Eventually, another student chimed in with the awaited response. The discussion proceeded as I sunk into my chair.

Graciously, Smith allowed all of this to transpire without comment or intervention. He had been looking me straight in the eyes the whole time; not in judgment or in anger, but in what appeared to be curiosity. He never once confronted me about it. When I went to his office hours he quickly took control of the conversation and steered it such that I never had the opportunity to apologize or try to explain myself. We just talked. He talked mostly, while I listened and laughed. Later on, after many more memorable visits to Smith’s office, I became one of the last two students to graduate with a concentration in Religion and the Humanities, the now defunct undergraduate program Smith had created and coordinated since 1973.

The second time I failed Smith was when I asked him for letters of recommendation for graduate school. Nervously, I took the elevator up to his office in the west tower of Harper and told him I intended to pursue a career as a scholar of religion. As anyone who knew Smith knows well, he claimed never to want his undergraduate students to follow so closely in his footsteps. He approached college teaching and mentorship as the impartation of essential skills—good reading, good writing, good thinking—which would be and should be transferrable to any and all walks of life. The specific subject matter (e.g., religion) mattered not. He professed especially to take pleasure and pride in those of his students who absorbed his lessons on classification and comparison and applied these in entirely different contexts. More than once I heard him refer to those of his students who went on to become religion scholars as his “failures.”

Of course, I was never good at getting Smith’s jokes. An example: Once, in the Eliade class, he brought up Charles de Brosses’s Du culte des dieux fétiches [The Cult of the Fetishistic Gods], a 1760 text which Smith argued was the most important of the early, foundational works in the discipline of the academic study of religion. He said he kept a copy of it above his desk, so he could take it down from time to time, just to stroke its cover. The joke was lost on me. I went directly from class to the library, searching the stacks for a copy of the book that I could touch myself. 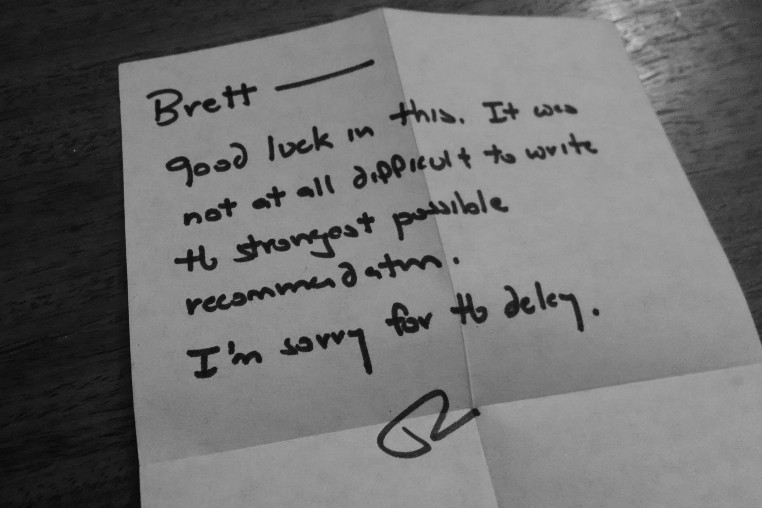 So I suspect that Smith’s periodic swipes at those of us who went on from his college courses to do graduate work in religion may have been, at least a little bit, tongue-in-cheek. I needn’t have been apprehensive to come forth as one of his “failures,” and he had nothing but encouragement for me in my chosen path. The point of it all, I now believe, was that the study of religion is no different, fundamentally, than any other intentional human activity. It is an opportunity to examine the astonishing fecundity of the human imagination in its interactions with its variegated cultural and (culturally postulated) superhuman environments. It is an occasion for thought, and for play. For having fun—while undertaking intellectual labor of the utmost seriousness. Religions, and the study of religions, can be mysterious, terrifying, and fascinating. They are also thoroughly, confoundingly human.

There are others who can attest, better than I can, to Smith’s influence on our field. I can attest to how he changed my life. Today, in addition to the grief and sadness I feel at the news of his death, I feel grateful beyond words for being able to count myself among the failures of Jonathan Z. Smith.

- Smith, Jonathan Z. Relating Religion: Essays in the Study of Religion. The University of Chicago Press, 2004.

See All Articles by Brett Colasacco