Where does religion come from, and where does it lead us? No one wrestled and played more deeply with these questions than Robert Bellah, who died unexpectedly on July 30

Where does religion come from, and where does it lead us? No one wrestled and played more deeply with these questions than Robert Bellah, who died unexpectedly on July 30. From Micah and Plato through Durkheim and Weber to Tillich and Talcott Parsons, Bellah reached across the ages to find teachers and friends in history. The past is never dead, he taught in turn. It breathes in and through us, confounding us as we repeat history, and uplifting us as we make it by seeking to attain the impossible.

In seeking to make sense of modernity in the classical tradition of sociology as a field, Bellah's work spans the humanities and social sciences to embrace the global diversity and coherence of religion as the key to culture across civilizations and epochs within the frame of human evolution. Since religion is centrally the narrative self-interpretation and ritual enactment of all human cultures, Bellah argued, the whole of the history of religion is our own. From tribal peoples to the present, we remain deeply embedded in the unfolding of its embodied drama and mythic narration as well as its reasoned remaking by critical reflection.

This holds true, Bellah wrote, even when—especially when—we think of religion in peculiarly modern Western terms as primarily private beliefs held by individuals, and as voluntary associations made up of like-minded believers or spiritual seekers.  By contrast, the world-rejecting symbols, rites, and congregations of historic salvation religions break through the cosmological and moral unity of archaic and tribal societies in tandem with their fused political and economic structures. But we need to understand our ancestors in their own terms to grasp how such salvific breakthroughs carry the whole of the human past into modern acceptance of this world as the only world there is. This includes the early modern Protestant patterning of American modernity, grounded in convictions of the providence of our progress, the covenant of our constitution, and the sacred soul of our human rights.

Beginning with his article, “Civil Religion in America,” in 1967, Bellah stressed its dialectical coherence in the moral argument of public life in modern societies. A decade later, in “Religion and the Legitimation of the American Republic,” he elaborated the critical interplay of civil religion with public theology in the free exercise of religion in America, institutionalized in ways that mediate, but never fully resolve, the tension between civic republicanism and constitutional liberalism in our ambiguous polity. Civil religion frames modes of moral discourse and imagination to enable coherent cultural conflict during successive times of trial.  These give rise to contrasting public theologies that contest the meaning of civil religion and reshape it in turn. This dialectical logic extends to the model of cultural conversation and argument across multiple moral traditions seen as continuities of conflict in Habits of the Heart and Bellah’s later work, by contrast to construing civil religion as a unitary moral foundation that is once fundamentally fixed and then fragmented by culture wars.

“Nothing is ever lost” in the whole of religious evolution, Bellah argued over the course of his work, culminating in Religion in Human Evolution in 2011. The book ends with the axial age, but it situates modernity within the history of the human species. It reframes the story of how the theoretic culture of “thinking about thinking” becomes partially disembedded from the ritual enactment of mimetic meaning and the narration of mythic meaning to give rise to the achievements and predicaments of modernity. By asking what our deep past can tell us about the kind of life human beings have imagined was worth living, Bellah illuminates the often implicit moral visions we hold and contest in the modern world. He points toward the critical reappropriation of their underlying mimetic and mythic dimensions in an ongoing dialectic with our theoretical understanding to find common ground on questions of the common good, including the future of the environment, the justice of the economy, and the possibilities for peace in the warring world we share.

Deep is the well of the past, and from it Robert Bellah drew living water. Bright and clear and encompassing, the flow of his work will go on through ever-widening waves of resonance in our thinking and arguing over religion. In the communion of all souls, and all citizens, the goodness of his spirit will live on through the work of our hands and the habits of our hearts, world without end. 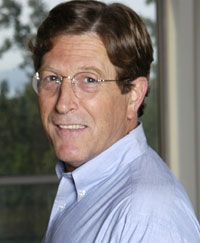 Author, Steven Tipton, Steven Tipton is a co-author with Robert Bellah of Habits of the Heart and The Good Society, and the co-editor of The Robert Bellah Reader.  He teaches sociology and religion at Emory University and its Candler School of Theology.

See All Articles by Steven Tipton