Exploring the social, political, economic, and religious fallout of this year’s (all but) canceled pilgrimage

This year’s pilgrimage, or hajj in Arabic, is basically off. The Saudi authorities have announced that no foreigners will be permitted to come to Arabia for the pilgrimage. Only people already living in the peninsula will be allowed to perform it, and very few even of them will receive permission. In effect, the hajj for this year has been canceled. Although the announcement is low-key, and the reason—COVID-19—clear and immediately comprehensible to all, cancellation of the hajj is momentous.

Pilgrimage is one of the central elements of Islam, one of the five so-called Pillars of the Faith. Every Muslim who can should perform it at least once in a lifetime, and over the centuries many have repeated it numerous times. Originally a holdover from the pre-Islamic period in Arabia, the pilgrimage has come to serve many very different purposes in the Islamic world. It brings Muslims from around the world together every year—roughly two million at last count—in a shared performance of a set ritual whose rites go back to the time of the Prophet, and it is identical for everyone, whether Moroccan or Malaysian, Iraqi or Indonesian, Algerian or American. It gives the hajji, or returning pilgrim, a special status among his (or her, for women perform the pilgrimage too) fellows at home, where rough pictures of the Ka’ba, the famous black rock in Mecca, are chalked above the doors of houses to signify completion of the rite.

The hajji earns more than merely status. A visit to Mecca is often associated with religious learning, study with teachers while there or while on the journey there. Tourism of a sort occurs too, including visits to other shrines or famous cities of Islam, such as Cairo, Baghdad, or Jerusalem. Poverty, that near-universal confirmation of religious devotion, factors in as well, as pilgrims very frequently have to get to Mecca without much by way of economic resources. Many work their passage, or engage in trade during their journey to finance the trip. Others, having nothing worth stealing, unlike merchants or rich travelers, were in the past regarded with respect by highwaymen and allowed to travel onwards without mistreatment.

But highwaymen were only one type of risk in the centuries before strong government and modern transport made the roads safe. Desert routes were dangerous. Water was always scarce. War often made travel difficult or impossible. It could take as many as 35 days to get just from Cairo to Mecca. Many pilgrims never made it home. Yet even in the middle of the nineteenth century, some 50,000 Muslims made the pilgrimage every year.

Over the centuries the hajj has filled other roles too. It provides a major source of income for the city of Mecca and, now, for the Saudi state. Millions of pilgrims spend billions of dollars. Estimates from recent years place the income from pilgrims above some $8 billion USD per annum. After oil and gas exports, the pilgrimage is Saudi Arabia’s biggest earner.

At the same time, pilgrims need all sorts of services. Filling those needs creates thousands of jobs. Pilgrims need to fly or sail to and from Arabia.  Once there, they have to be registered and, nowadays, given inoculations. (Surviving records from past centuries tell us both of outbreaks of disease and of attempts to control it.) Pilgrims require hotel rooms—from one-star up through five-star, and beyond—and transport inside the country. Electricity and laundry and communications services all offer gainful employment for just a hectic month or so every year. Other services appear less obvious but are no less necessary. Food supply for a sudden influx of many hundreds of thousands of mouths presents major organizational and logistical challenges. Water—up to two million extra people for as long as a month in a country perennially short of water—is a still greater problem, whether it is water in bathroom taps and showers or in plastic bottles. The hajj season often falls in the thirstiest days of hot Middle Eastern summers. Sewage disposal presents a special difficulty. So too, of course, security.

The hajj is like Lourdes and the Vatican and dozens of other shrines and popular international holiday destinations all rolled into one, with the added difficulty that the hajj is concentrated in a very short period of time while the rest can be visited throughout the entire year.

The hajj has many other effects. One of the largest voluntary population movements in history, the hajj is a major unifying factor for Islam, helping to spread standard messages about the ideal forms of Islam from the holy city outward to the fringes of the Islamic world. By the same token, it also makes the holy city a fertile site for the spread of heretical religious messages to Muslims from all over.

Cancellation of the hajj does more than dash the dreams of hundreds of thousands of Muslims, snatching away, virtually at the last minute, what many have spent a lifetime saving for and looking forward to. The cancellation also robs them of an intense religious experience. In the religious imaginary of Muslims, the hajj is not merely an obligation, a set of rituals that must be fulfilled at least once in a lifetime, with rigorous attention to the precise elements of behavior and inner intention. The journey itself, those rituals, the careful performance of all the details of the hajj, are greater than the sum of their parts. All pilgrims must lay aside their normal clothing and put on instead special, identical wear for the hajj; all of them take part in the same mass circling of the Ka’ba; all of them cast stones at a particular spot; and so on. The experience goes far beyond the dry as dust daily repetition of the rituals of religious behavior at home. It brings the individual hajjis back to their far-flung communities as living and inspiring parts of the universe collective that is Islam.

The loss of all that is thus more than the cancellation of a trip. It is more than simply the temporary postponement of a private enjoyment or a personal satisfaction. It creates a huge hollow in the religious experience, the religious dreams, the entire religious being of Muslims the world over, individual and mass, one that the commonsensical explanation of medical emergency can do little to resolve. In so doing, it also presents a challenge to the legitimacy of the Saudi regime in Arabia.

The Saudis present themselves as Guardians of the Two Holy Cities of Mecca and Medina. The role this gives them, as facilitators and protectors of one of the holiest of Islamic rituals, constitutes a major element in their self-legitimation as rulers.

Now, the cancellation of the hajj damages this claim to legitimacy at a stroke. This is not the only problem facing the Saudi dynasty. We need to think only of botched attempts to prop up the economy, based on exports of oil and gas and the hajj itself; of Saudi involvement in the bottomless pit of the bloody imbroglio and humanitarian disaster in Yemen; and of the telenovela-like murder of Jamal Khashoggi in 2018 in Istanbul. The Saudi dynasty has treated the kingdom and the very faith of the center of Islam almost as a private family business and cash cow for a century. How it deals with the economic, religious, and broader political fallout of cancellation of this central pillar of Islamic practice will tell us much about its ability to survive.

Image: A Saudi police officer prays in front of the Ka’ba, the cubic building at the Grand Mosque, in Mecca, Saudi Arabia, March 7, 2020. (Photo: AP) 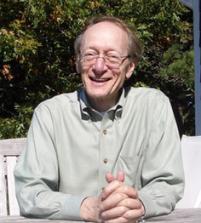 Author, David J. Wasserstein, is a professor of history and Eugene Greener Jr. Professor of Jewish Studies at Vanderbilt University. Before Vanderbilt, he taught Islamic History at Tel Aviv University. His most recent book is Black Banners of ISIS: The Roots of the New Caliphate (Yale, 2017).