Georgia's Senate Elections and the Life of the Black Church

On Monday, December 14, residents of Georgia began voting in two high-profile runoff elections for the United States Senate. Tuesday night, we learned that Georgia’s voters elected the Rev. Dr. Raphael Warnock, and the following morning brought the announcement that Jon Ossoff won as well, thus shifting control of the Senate back to the Democrats. While this is a momentous political victory for the Democratic Party and a testament to Stacey Abram’s grassroots organizing, Warnock’s election also demonstrates the continued relevance of the Black Church to American life.

As one who was raised in the Black Church, who now serves in the Black Church, and whose research has been about the Black Church, I have witnessed and engaged in conversations over the years about its impact. The Black Church was formed to provide a hopeful and thriving visionary resource, spiritual conscience and public voice for black people. The Rev. Dr. Love Henry Whelchel, Jr., notes that it began with the emergence of the “invisible institution” in the 18th century, “in which practices of holy dancing, shouting, spirit possessions, spirited testimonies and exhortations were practiced in secret brush arbors away from the prying eyes of [slave] overseers.”[1]

The Black Church was also a form of rebellion against the white oppression and institutional racism found in American churches.  Hence, the launching of the Black Church freedom movement led to the founding of the African Methodist Episcopal Church in 1816.  It is this history that led the Black Church to become an institution that touched every aspect of African American life. As the Rev. Dr. Lewis Baldwin has shown, the church was not just worried about its members’ spiritual lives, but also their political, economic, and social conditions.

This type of holistic leadership was especially demonstrated during the Civil Rights Movement. Dr. Barbara Ransby outlines the impact of the Black Church during that period, which was not without tension or controversy. Ransby makes the case that Ms. Ella Baker, in contrast to Dr. Martin Luther King, Jr., supported a decentralized, democratic leadership style, empowering, equipping and educating the community to become active participants in their freedom. Ori Brafman and Rod A. Beckstrom compare her approach to the starfish: a network that is not concentrated in the hands of one person, but in which the people are connected by an idea. They contrast this to Dr. King's leadership style, where the body risks dying without the head.

Ransby argues that while "Baker accepted nonviolence as a tactic, she never internalized the concept as a way of life or made it a defining feature of her worldview," unlike King; she instead "questioned the capacity of nonviolence to serve as a philosophical basis on which to build a movement, even while she was working for the SCLC."[2] In her work at the SCLC, their differing forms of leadership were exposed. For Baker, "'authentic' leadership could not come from the outside or above; rather, the people who were most oppressed had to take direct action to change their circumstances."[3]

These differences in leadership styles that Ransby uncovered suggest a recommendation for the Black Church to assess. It would be meaningful to incorporate both in order to engage the masses in the political process while using its influence to implement policies that will benefit them. I see Baldwin’s opinion about the Black Church’s holistic nature embodied in Dr. Warnock’s U.S. Senate candidacy.  His platform seeks to uplift all through his endorsement of affordable health care for all, a living wage, equality in the eyes of the law, and more. Although the question remains how he would remain present as Pastor of the historic Ebenezer Baptist Church in Atlanta, GA while serving as a Senator, he would not be the first to serve both his country and his flock: the late Reverend Adam Clayton Powell, Jr., represented Harlem, NY in Congress while pastoring the historic Abyssinian Baptist Church in Harlem, and the late Reverend William H. Gray III served in Congress while pastoring the Bright Hope Baptist Church in Philadelphia, PA.

I am also convinced that Dr. Warnock’s U.S. Senate candidacy challenges the assertion of Dr. Eddie Glaude, Jr., that “the Black Church is dead.” Glaude argues that the Black Church has become more conservative, less relevant than it once was, and stuck on the glories of the past. Dr. Anthony Pinn has likewise argued that a problem exists with Black Churches in the public arena, contending that the Black Church is vulnerable in communicating its mission and vision in relation to our modern society. He suggested that “the Black Church—and religious organizations in more general terms—are too limited ideologically to provide a system of values sufficient to meet the needs of a population extending beyond their membership and immediate communities.”[4] In other words, it is no longer capable of thinking and speaking beyond the language of faith, heaven, and Jesus.

I appreciate Glaude’s and Pinn’s points regarding the Black Church’s shortcomings as a source for ethical and moral leadership, but they are too pessimistic. They are certainly right that Black Church needs to examine itself, especially in relation to our nation and its ills. But the principles animating Dr. Warnock’s campaign, and the roots of that support from within the Black Church, has shown us that signs of life are still present, and it has the ability to rise to the occasion. Organizing within the Black Church was instrumental to Warnock's campaign; for instance, since the campaign's beginning almost a year ago, a weekly prayer call was organized by Black pastors across the nation to pray and raise money. To continue and strengthen its relevance, the Black Church must be willing to contemplate on its significance in the world while remaining committed to its original purpose: confronting and dismantling current unjust political structures, and offering a vision for how to replace them. 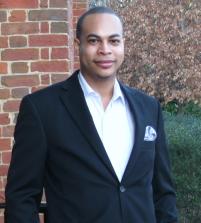 Author, Lerone Jonathan Wilder, is Pastor of the historic Mattoon Presbyterian Church (USA), a predominantly African American congregation in Greenville, SC. He also serves as Affiliate Faculty of World Religions and Leadership and Spirituality at Union Institute & University, and as adjunct faculty of African American Studies at the University of South Carolina Upstate, and of Philosophy and Religion at Claflin University. You can read more about his research and work here.