The Daybells and Latter-day Saint Apocalypticism

Chad and Lori Daybell (formerly Vallow) were married shortly before they began to make the headlines in December 2019. Vallow’s children, aged seven and seventeen, had not been seen since September. When the police visited the home of the Daybells in Rexburg, Idaho, the couple claimed that the children were with a relative in Arizona and then swiftly left the state. As the details of the case continued to emerge, the media learned that Chad and Lori had married only a few weeks after the sudden death of Tammy Daybell, Chad’s wife. Tammy’s husband, Charles Vallow, had been killed by her brother in July 2019. (The killing was ruled as self-defense.) Later, the authorities and reporters located Chad and Lori in Hawaii and Lori was ordered to appear with the children in front of a judge in Idaho. The Daybells stayed in Hawaii instead, and there has yet to be a legal consequence for their refusal of the court order.

There was a religious angle to this story. Representative articles classified Chad as a “cult leader” and Lori as a “doomsday mom.” Lori and Chad’s enthusiasm for the last days seemed to be at the core of their relationship. Chad had become well-known in circles of Latter-day Saint prophecy enthusiasts for his novels on the end times. (Think an LDS version of Tim LaHaye’s Left Behind series for evangelical Christians.) He later revealed that he was a visionary who had used the genre of fiction to write about the things he had seen. Lori Vallow had participated in podcasts for Preparing a People, an organization that held conferences about the last days. Over time, reports have contained further details about the couples’ private beliefs. Allegedly, Lori believes she is “an immortal,” who in a previous life was married to the Book of Mormon prophet, Moroni. Allegedly, Chad thinks he can reveal individuals’ past lives and whether they were good or “dark” in these incarnations. Both could, reportedly, reveal whether individuals were part of the 144,000, a significant body of last days believers mentioned in the book of Revelation. The most disturbing of the new claims about Chad and Lori is that they were sealed—ceremonially married—to one another before either of their spouses died, allegedly believing that they would die soon.

The media’s interest in the Daybells’ beliefs has been limited to their provocative strangeness and whether such ideas might have served as motive for the couple’s assumed crimes. Scholars of religion, on the other hand, have an opportunity to think about other topics: media representations of alternative religion, perceptions of danger and violence supposedly inherent in apocalyptic belief, the establishment of digital religious communities, or what I am particularly interested in, the nature of popular belief existing on the margins of established traditions.

In my own research, I have focused on the initial flourishing of apocalyptic prophecies in the mainstream Latter-day Saint tradition, and their subsequent marginalization. Chad Daybell’s apocalyptic ideas are born of this nineteenth-century visionary culture. In the early twentieth century, Church leaders began to discourage a preoccupation with the end times, as well as the circulation of prophecies that originated with lay members of the faith. To be sure, the Church of Jesus Christ of Latter-day Saints still discusses prophecy on a general scale and the very title of the church reminds members they are in the last days. However, zealous adherents promoting teachings that extend beyond the church’s official positions on last days prophecy have found themselves the subject of criticism particularly in the past thirty years.

The result of this effort forced prophecy enthusiasts to retreat to their own subculture within the tradition of which the organization Preparing a People and various digital communities are the most recent outgrowths. There is a tendency among these communities to share personal revelations, dreams, and visions about the last days. A few visionaries have published or give lectures on their own collections of their revelations. This is not uncontroversial, but it usually is presented as personal revelation that might be useful to others, rather than the individual establishing themselves as a source of authority outside of the Church of Jesus Christ.

Most individuals involved in this movement would consider themselves fiercely loyal to the church and its leaders. When popular visionary Julie Rowe was excommunicated in 2019, her audience dwindled rapidly. Chad Daybell would consider himself faithful to the Church of Jesus Christ. If we are speaking about the prophecy subculture as a whole, it would be very difficult to claim any of these visionaries are “cult leaders,” at least not in the same category as David Koresh or Jim Jones. This is a marketplace for consumers of prophecy, not a religious organization in the traditional sense.

Because the prophecy subculture developed partly in isolation from the larger Latter-day Saints community, they have drawn on a variety of influences from the surrounding culture. Ideas are pulled from proponents of new age spirituality and prepper communities. Visionaries like Daybell demonstrate the convergence of these impulses that have formed the current syncretic prophecy enthusiast subculture. For instance, Daybell has revealed that his prophetic gifts began with a near-death experience in his youth. Near-death experiences have become a common theme in American prophetic writings, but not in the official discourse of the Church of Jesus Christ.

Those involved in the Latter-day Saint prophecy subculture are split around their support of Chad and Lori Daybell. Many believe that Chad and Lori are innocent of any wrongdoing, that there is a custody battle occurring behind the scenes, and that the children are fine. Others have grown suspicious. They have seen past visionaries who gained popularity and then did questionable things. Only time will tell, but this controversy unfolding in the media will have a long-term impact on that community.  ♦ 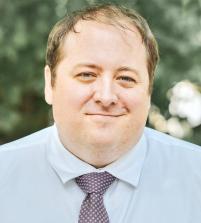 Author, Christopher James Blythe, is a research associate at the Neal A. Maxwell Institute of Religious Scholarship. He holds a Ph.D. in American Religious History from Florida State University. His book, Terrible Revolution: Latter-day Saints and the American Apocalypse, will be published by Oxford University Press in July 2020.