Casaubon's Revenge: Popular Representations of the Scholar of Religion

What does popular culture tell us about who studies religion? Given that popular representations are more likely to shape public perceptions of the field than either direct experience in the classroom or statistics about graduation rates and job placement, we should try to understand what these representations are and how they function

By Kristen Tobey and Brian Collins|September 27, 2018 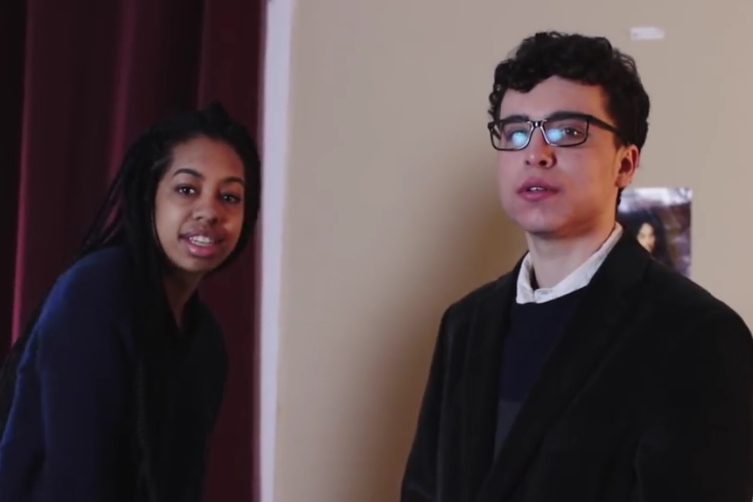 What does popular culture tell us about who studies religion? Given that popular representations are more likely to shape public perceptions of the field than either direct experience in the classroom or statistics about graduation rates and job placement, we should try to understand what these representations are and how they function. Indeed, we have done so in a recent article in Religious Studies Review, developing a typology whose fundamental contours are easy to sketch in briefer form here. For popular cultural depictions of the study of religion are not particularly complex. Nor, upon analysis, are they particularly flattering.

To appeal to audiences, popular culture often takes liberties in portraying professions. But the resulting misrepresentations usually correspond, if only roughly, to some degree of reality. Police officers may not spend their time in high-speed pursuits like Eddie Murphy in Beverly Hills Cop, but they do apprehend criminals. Trial lawyers may not trick confessions out of people on the witness stand like Ben Matlock, but they do question witnesses in court. Doctors may not solve medical mysteries in the nick of time like Dr. Gregory House, but they do diagnose diseases. And as a corrective to over-dramatization, these professions also inspire more consciously realistic depictions called “procedural dramas” that purport to show the day-to-day drudgery and convey to audiences that a reality exists apart from the more sensational depictions of the job.

Popular depictions of the discipline of religious studies are different in that they rarely correspond to anything beyond the needs of the narratives in which they appear. And the lack of any clear picture of the academic study of religion in popular culture corresponds to a similar lack of any clear picture of the discipline among prospective students, university administrators, and state and federal legislators. Moreover, popular depictions of scholars in the field often signal a damaged, untrustworthy, unlikable character or sinister plot.

Two well-known characters loom especially large in our typology, one of whom strains credulity (Robert Langdon, to whom we shall return), the other, Edward Casaubon, inspiring disgust and pity. A central character in George Eliot’s nineteenth-century novel Middlemarch, Casaubon is unique among the characters we examine insofar as he at least engages in work that a religious studies scholar might actually do. He works obsessively on his Key to All Mythologies, though he does not possess the linguistic skills to finish it. While his consuming fervor for the project initially attracts the novel’s heroine, everyone else in the novel (and, before long, that same once-captivated heroine) regards Casaubon’s scholarship as dusty, meaningless pedantry, and Casaubon himself as unworthy of Dorothea’s affections precisely because he has only scholarly concerns instead of flesh-and-blood desires. This negative characterization persists in the many screen adaptations of the novel, most strikingly in Rebecca Shoptaw’s 2017 YouTube series, which reimagines many of the characters within the setting of a college campus, presenting some of them more sympathetically than in the novel. Casaubon, however, remains as single-minded, out of touch, pedantic, and pitiable as ever.

At the other end of our typology stands the protagonist of several bestselling Dan Brown novels and their film adaptations, the heroic Robert Langdon, who uses “symbology” to solve crimes. Symbology is an invented discipline, distinct from but vaguely related to religious studies, with which it shares an interest in religious narratives and artifacts. Langdon’s pedagogy in the novels, with its reductive “ABC” definition of religion—religions Assure salvation, Believe in a precise theology, and Convert nonbelievers—flies in the face of the widely accepted methodological presupposition of complexity in the study of religion. Moreover, Langdon’s reason for studying religion is not to achieve nuanced understanding, but rather to uncover fantastical scandals in the Catholic Church and save his chaste female companions from danger.

For Langdon as for Casaubon, religion is like a frozen surface a thousand miles wide and one inch thick. Langdon heroically skates across its surface making facile connections, as in his first appearance on screen in the 2006 film The Da Vinci Code, when he makes an audience gasp during a slide show by baiting-and-switching Poseidon’s trident for the Devil’s pitchfork. Casaubon, on the other hand, wanders aimlessly across the expanse of religion, losing himself—and everything else—in his pointless meanderings.

While Langdon and Casaubon are prominent figures in our typology, our analysis in the article of a panoply of other characters allows us to make four general observations. First, the fictional religious studies scholar is mostly white and male, though not exclusively so. Second, they are likely to study some form of esotericism, like secret societies, new religious movements, or obscure texts. Third, in the course of study, they are likely either to find a new, frequently radical religiosity, or simply to lose their old one. Finally, if, unlike Casaubon, they are able to produce any results from their research, those results contain unwelcome news: your religion is a fraud; the founder of your religion was a fraud; you and your family will be killed by an ancient Babylonian demon; et cetera.

Depending on what the plot requires, the study of religion can be “irrational”—as religion itself is often imagined to be—or as clinical and bloodless a practice as the word “study” connotes. In our explorations we found obsessed and infatuated graduate students, an expert in a made-up discipline, non-specific antiquarian types, ghost hunters, and cult-experts-turned-cult-leaders. Some want to bring on the apocalypse, others want to debunk the supernatural, and still others want to catch terrorists. From this picture, another one emerges: the popular conception of religion as an object of study. If religion is seen as worthy of study, it is so because of negative traits like brainwashing, conspiratorial secrecy, or incitement to violence. For religious people consuming this media, such a view of religion reads as contempt, leading to a perception that the study of religion is hostile to the religions and their adherents. For non-religious people this view of religion reads as confirmation of their preexisting skepticism and leads to a perception that the study of religion is pointless.

These plotlines are unlikely to change anytime soon. Intellectual labor is hard to dramatize (outside of the tired trope of scribbling furiously on a chalkboard), and we should not hold our breath waiting for Ron Howard to adapt the latest American Academy of Religion award-winning book into a summer blockbuster. Instead, we should intentionally “play against type,” and be visible in what we do—teaching, writing, thinking.

See All Articles by Kristen Tobey and Brian Collins