Young Jews are eager to employ hallucinogenics in their practice: they may be connecting to a tradition they think they've left behind.

The long, strange trip of Jewish spiritual exploration is a journey that begins in the desert wilderness, as recorded in the Book of Exodus, and continues up until the present day. On one level, Judaism – which is, depending on whom you ask, a religion, a culture, a confederation of related tribes, a way of seeing the world – seeks to restrict its spiritual explorations to the boundaries set by halakhah, Jewish law. On another level, however, Jewish law and mysticism alike emerge from encounter with the transcendent – the burning bush that Moses encounters in the desert (Exodus 3), the still small voice that Elijah hears as he flees from his enemies (1 Kings 19:11-13), the mystical vision recorded by the prophet Ezekiel (Ezekiel 1:4-28). Transcendent experiences are central to the Hasidic masters, the Jewish pietists who sought a renewal of Jewish devotion through personal encounter with God.

In the more liberal Jewish communities, the search for an unmediated experience of the totality of experience most often takes the form of mindfulness practices, and the minimization, if not the wholesale abandonment, of traditional prayer and prescribed ritual. The desire for a more direct, less formalized approach to transcending the levels of lived experience, and an exhaustion with formal worship, has encouraged some rabbis to reach into the realm of the hallucinogenic. These and other spiritual leaders are taking advantage of the decriminalization of the possession of psilocybin mushrooms in some locales to build spiritual communities that use the “magic mushrooms” to open a pathway to powerful spiritual experiences (albeit in carefully structured circumstances). The most recent example of press coverage of these spiritual seekers is Denver’s “mushroom rabbi,” Ben Gorelick, who leads “The Sacred Tribe,” a group which claims roughly 270 members and meets once a month to ingest a specially prepared mushroom extract and “drop in” to guided breathing exercises as the hallucinogen works its magic. (Although in Denver possession has been decriminalized, sale and possession has not. Gorelick and one of his employees have been arrested on suspicion of crossing this line, but they insist they have not broken the law.)

This movement away from Weber’s “disenchantment of the world” and toward a “re-enchantment” of Jewish religious experience (a movement which might be called “Pharmaco-Hasidism”) places the seeker at the center of a carefully curated hallucinogenic experience, exploiting the mushroom’s ability to radically alter one’s perception of reality to redefine Jewish religious experience as well. Members of Rabbi Gorelick’s “Tribe”, for example, can attend monthly retreats that feature the ingestion of what he calls the “sacrament” (a paste containing a small amount of psilocybin extract), followed by specialized breathing exercises, immersion in the hallucinogenic experience, and (the next morning, after coming down) discussion.

As Madison Margolin, cofounder of the psychedelics-oriented publication DoubleBlind and co-founder of the Jewish Psychedelics Summit, noted in the Denver Post article, “institutional religion as we know it, from a reform or secular perspective, is a dying creature.” In her own earlier article in Tablet, Margolin asserted that Judaism needs an “ecstatic revival,” and that turning to psychedelics is a way of tapping into mystical experience, a practice that has been “part of Judaism since ancient times”.

The attraction is not only spiritual but psychological. The relaxation of restrictions on research into the effects of hallucinogenics has opened the door to studies that have demonstrated the beneficial psychological effects of careful dosing in monitored surroundings. Some Jewish advocates value psilocybin not only for its stimulation of spiritual experience but for its demonstrated worth in treating depression, anxiety, and trauma. The promise of increased wellbeing, couched in psychotherapeutic terms but tied to ancient mystical practices, promises to draw significant interest from younger Jews who seek to uphold their Jewish identity but feel alienated from traditional forms of Jewish worship and belonging.

At the Jewish Psychedelics Summit, according to Margolin, participants learned about the putatively ancient roots of the use of mind-altering substances in Israelite worship. It was proposed that there is a profound connection between the dosing of hallucinogens, in our day, and the High Priest’s experience in the innermost sanctum of the Jerusalem Temple on Yom Kippur, in ancient times. On that day, summit attendees were told, the High Priest would seclude himself in the Holy of Holies, breathing the fumes of incense made from acacia wood. Alone in the religion’s holiest space on its most sacred day, having fasted all day, the High Priest would experience an altered state. One result, Summit attendees learned, would be “activating the neural network where trauma is stored.” With Pharmaco-Hasidism, it would appear, atonement is at once a religious and a therapeutic process, a return to the “Garden of Eden” of full spiritual and psychological integration.

This “re-enchantment of the world” may be especially urgent at the tail end of a pandemic which has isolated people away from their spiritual communities, confining them within the narrow straits of anxiety and enforced seclusion (and perhaps the occasional Zoom worship service). But the use of hallucinogens in an explicitly Jewish context is also indicative of a new chapter in contemporary liberal Judaism, combining an ethical and externally focused tikkun (healing or repair) with the healing of trauma and the promotion of personal wellbeing. The High Priest’s seclusion in sacred smoke, and the activation of his trauma-centered neural network, suggests that trauma is at the very heart of Jewish experience, and depicts the healing of trauma as a kind of personal return to the intimate personal contact with the divine – a psychologically restored Garden of Eden. This echoes the more traditional Hasidic view that the individual has infinite spiritual potential, and her devotional acts can contribute to the healing of Creation itself. In this way, the spiritual restlessness and creativity of a new generation of Jews appear to lead to a response consistent with Jewish tradition: a turn inward, properly performed, can effect repair of the outer world; the wound at the heart of the universe is not a fatal flaw but an eternal invitation to spiritual growth.  Young Jews are eager to rewire their brains, heal their wounds, and connect their individual consciousnesses to something far greater. Whether they know it or not, in so doing they are connecting not only to the mysteries of the cosmos but to the Jewish tradition they may believe they have left behind. 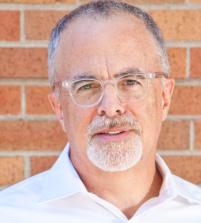 David N. Gottlieb is the Director of Jewish Studies at Spertus Institute of Jewish Learning and Leadership in Chicago, and the author of Second Slayings: The Binding of Isaac and the Formation of Jewish Memory (Gorgias Press, 2019). He earned his PhD in the History of Judaism from the University of Chicago Divinity School in 2018. He can be found on Facebook and on Twitter (@DavidGottlieb20).